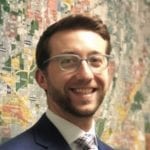 In what once was a bedroom community, a quiet evolution is taking place. The city of Aurora has changed from a sprawling suburb to a bustling metropolitan city over the last few decades, boasting world-class retail, a burgeoning food scene, plenty of arts and culture and, of course, a slew of high-profile companies that now call Aurora home.

Amazon has two facilities here. The immensely popular Stanley Marketplace has a two-time James Beard nominated restaurant in what used to be an airplane hangar. The Gaylord Rockies Resort and Convention Center towers on the skyline. The bioscience prowess at Fitzsimons Innovation Community with its now 75 companies continues to grow. Internationally dominant Kärcher is locating its new North American headquarters near the Gaylord Rockies. Since 2001, 30,000 primary jobs alone have been created through our economic development efforts. Simply, Aurora has come into its own.

With public-sector infrastructure funding, Regional Transportation District’s $300 million R Line light rail that runs along Interstate 225 completing the eastern portion of the loop and significant investment in trail systems and other community assets, Aurora and its partners have been focusing on laying a groundwork for transformation. The city has the opportunity to strengthen its position in the office market, allowing more of its citizens to live, work and spend in Aurora.

To give a bit of history on this, here are a few statistics. Despite office lease rates being 20 percent less per square foot on average versus the metro area, they’re 30 percent higher than during the recession. Vacancy is at record lows, down 50 percent. Further, 40 percent of the asset class has doubled in value in 15 years, largely due to being near mass transit. However, two-thirds of the inventory is more than 20 years old. But development hasn’t been stagnant; 2 million sf has been constructed in the last 15 years, though this has gone to aerospace and defense and health care campuses, meaning there hasn’t been product for the market to utilize.

Aurora now is at an inflection point. Mobility is a critical factor for many businesses and it’s an important part of opening labor force access. When planning the R Line, Aurora and RTD intentionally decided to place stations throughout the city’s core. The light rail plays a crucial role in fostering growth and transit-oriented development sites deliver a significant opportunity to catalyze development along the line. Aurora smartly made its TOD sites attractive to the market by proactively rezoning areas to accommodate mixed-use and higher density to entice developers with flexibility and plug-and-play options.

This strategy has driven results with three stations having attracted development:

However, this is far from the end of the TOD story in Aurora. There are 120 more acres of TOD land available, including 30 acres near 40th Station (on the A Line), 60 acres at Metro Center, 20 acres at The Pointe and 10 acres at Fitzsimons Village.

While mobility is a driver in the office market, not all businesses prioritize this, and Aurora has other diverse attributes to meet a variety of preferences. For companies looking for a more traditional corporate campus, the city has developments like High Point. Companies like Nelnet and High Noon Entertainment have found value in a central location, easy access to Denver International Airport and a variety of restaurants. With numerous industry hubs, there’s access to cross-pollination and a collaborative environment for businesses to thrive.

But, Aurora needs catalysts – influencers who can motivate other companies to be closer to the ample workforce Aurora offers. Because of the need to build new inventory, it’s essential that Aurora finds companies that are trendsetters.

These catalysts would have 200-plus employees (equivalent to 50,000 sf of office space to drive a speculative building). They would be focused on long-term growth. Aurora is the next frontier and we’re looking for companies that want to get in now. To offset the barriers of building new product, Aurora has made it easier to develop here. We want companies that will be an integral part of this community and its future, willing to get in on the ground floor. This all likely means they would be millennial-aware, valuing ties to mass transit, affordable cost of living and the importance of local experiences.

Aurora is actively going after these prospects, showing them that with a little ingenuity and creativity, it is the perfect place to do business. While perceptions persist, it’s hard to deny that Aurora is changing and the office market is next in line for a transformation.