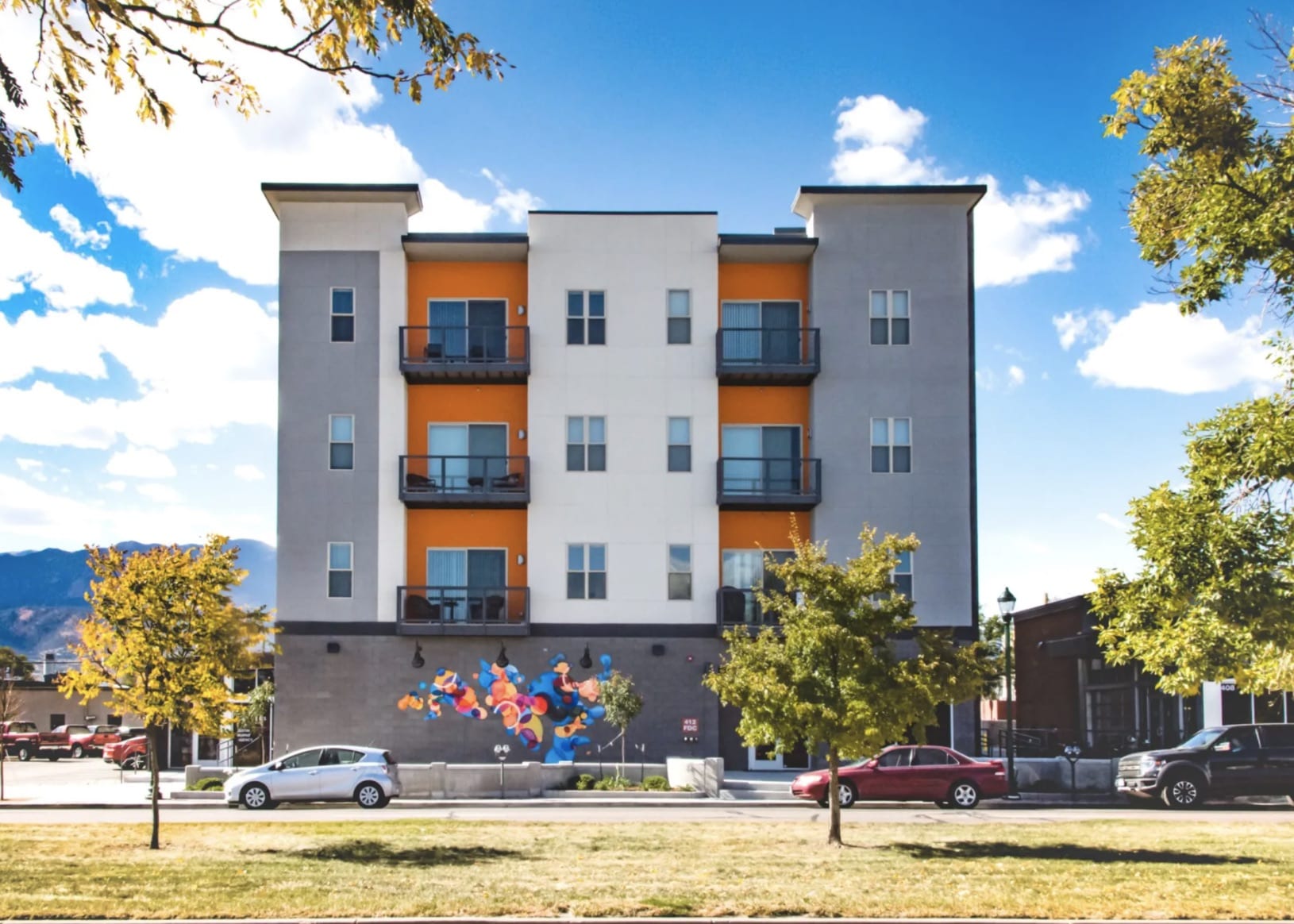 The first multifamily community constructed in downtown Colorado Springs since the 1960s sold to local buyers planning to continue the legacy of the property.

The price per unit set a new high water-mark for the Colorado Springs multifamily sector, eclipsing the pricing per unit achieved with the sale of the larger Volta at Voyager and Aliso Briargate communities earlier this year of $263,000 and $262,295 per unit, respectively.

Newmark’s Saul Levy and Kevin McKenna, who represented sellers Darsey Nicklasson and Kathy Loo, declined to comment on the pricing of the community, however, spoke of the significance of the development of the multifamily community built in 2016 – the first for-rent multifamily product built in the city’s downtown since the 1960s.

There was a significant amount of interest in the asset from a variety of buyers, including East and West Coast buyers, with double-digit offers received on Blue Dot Place.

“We felt an incredible responsibility to select a local buyer with stake in the community for Blue Dot Place, as it was always more than a development project to us. The project was about using residential development to contribute to the revitalization of a community and I think we truly accomplished that,” said Nicklasson. “We are thrilled to pass the reins to the Rhodes family and know that they will be stewards of the local Colorado Springs community as we have worked to be.”

“With our family having been in the Colorado Springs area since the 1960s, we were particularly excited to see Darsey and Kathy close the gap in new residential development which has been so long-standing in downtown,” commented Tim Rhodes. “It is important for us to continue the legacy of Blue Dot Place and to build on the successful groundwork that Darsey and Kathy helped lay for downtown Colorado Springs’ renaissance. We are excited to purchase and take over such an amazing building with such strong community support.”

Nicklasson and Loo, Colorado Springs residents, partnered in 2013 to bring the Blue Dot Place development to the city’s core, which since its completion has been nominated for several awards, including Best Infill Project by Urban Land Institute Colorado in 2016.

The property also features three commercial spaces, one of which is occupied by a coffee shop.