Choose Materials that Minimize Carbon Emissions During their Production 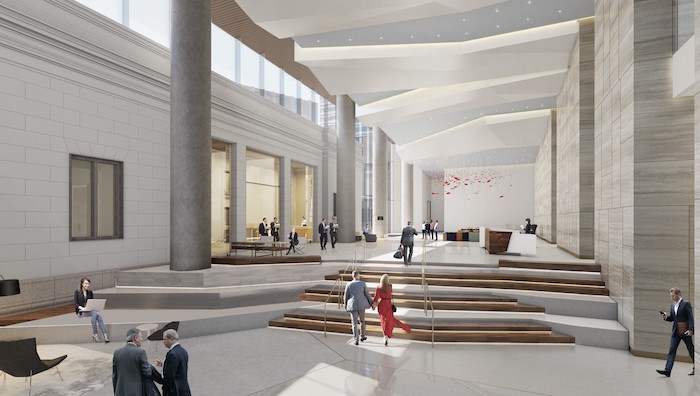 The building at 200 W. Sixth St. in Austin, Texas, is designed to incorporate the historic 1920s post office into the experience of the lobby.

With all that is going on in the world today, it would have been easy to miss a few recent critical headlines like the American Institute of Architects Code of ethics change, the Intergovernmental Panel on Climate Change’s Special Report, the AIA’s landmark initiative to drive climate action, the Structural Engineers 2050 challenge, and Architect Magazine’s January issue entirely devoted to embodied carbon. When strung together, these stories, along with so many more, point to an awakening within AEC industry and a shift in priorities to address the built environment’s role in climate change. 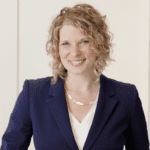 As documented by the World Resources Institute Ross Center for Sustainable Cities, building production and operations emit 33% of the global energy-related greenhouse gas emissions, making them the single biggest carbon emitter by sector, and emissions are expected to double by 2050. American Society of Heating, Refrigerating and Air-Conditioning Engineers standards, aggressive code changes, and clean-energy grid sourcing are all in motion and need to be ramped up to address the carbon emissions associated with the operations of our buildings.

But another huge part of the carbon equation is the “embodied” carbon associated with the industrial practices in the manufacturing of our building materials. Eight percent of CO2 emissions globally come from cement production alone, according to UK-based public policy think tank Chatham House. Other critical building materials such as steel, aluminum, and glass are also major CO2 contributors, and the impact of producing these four major building materials could be as high as 20% of all global emissions.

Knowing that the next 10 years are critical as outlined in the IPCC’s models and our buildings have an average estimated life of 60 years, the materials we choose year one may be just as important, if not more so, than the energy reduction of the building’s operation. So how do we start reducing carbon emissions from the production of these materials?

First, wherever possible, reuse and reposition existing buildings. Extending the life of existing buildings can save anywhere from 50% to 75% of the embodied carbon emissions compared to the construction of new buildings, especially if foundations and structures are preserved.

When redeveloping the Buffalo Bayou, bids had already been solicited to demolish the city of Houston’s defunct underground drinking water reservoir and build a parking structure instead. Page and SWA proposed to repurpose the voluminous concrete space as a visitor destination that could accommodate installation art – particularly light and sound. The Cistern now receives more than 35,000 visitors a year and the 61 million pounds of concrete, representing nearly 8.3 million pounds of embodied carbon dioxide, was preserved in place.

Second, focus on carbon reduction for structure and envelope materials. These “heavier” building materials represent around 80 percent of the entire carbon footprint of a building and have the highest opportunity for savings. Work with structural engineers who have signed the SE 2050 challenge who will be more attuned to evaluating structural system options based on embodied carbon impact. Maximize structural efficiencies and specify high recycled content in cement and steel.

The post office was restored and will be adaptively reused as a restaurant or retail space servicing the office tower and adjacent urban park.

Working with developer Trammel Crow Cos., we are building one of the city of Austin’s largest office buildings. In addition to significant collection and reuse of water on the site, we maintained the existing early 20th century post office for reuse as a food court as an extension of our building’s lobby. The adaptive reuse of that building in addition to improvements in concrete mix design for the towers, resulted in a 20% reduction in embodied carbon over conventional practices (as well as a reduction of 12% to 25% in the other five environmental impact categories LEEDv4 measures).

Design to minimize waste. Interiors of buildings are replaced on average every 10 years, which over time, represent an enormous embodied carbon impact. Selecting products with high recycled content within them is a good place to start. Also selecting products that have takeback programs is critical to reducing embodied energy and helps support manufacturers who are taking responsibility for their manufacturing processes and extending their material’s useful life in a more circular economy.

Track the embodied carbon in the materials of your buildings. Just like adding nutrition labels transformed the way we looked at our food, being transparent about the environmental impact of our materials will help us make more informed decisions. Ask for Environmental Product Declarations from manufacturers, use free tools like EC3 for early material analysis or Tally to conduct Revit-based carbon analysis, use the AIA’s Large Firm Round Table’s Countdown on Carbon guide, and sign up for the Embodied Carbon Network to stay up to date with other trying to tackle these issues.

In 2019, the AEC industries acknowledged the role our work plays in climate change. May 2020 be the year we all start doing something about it.