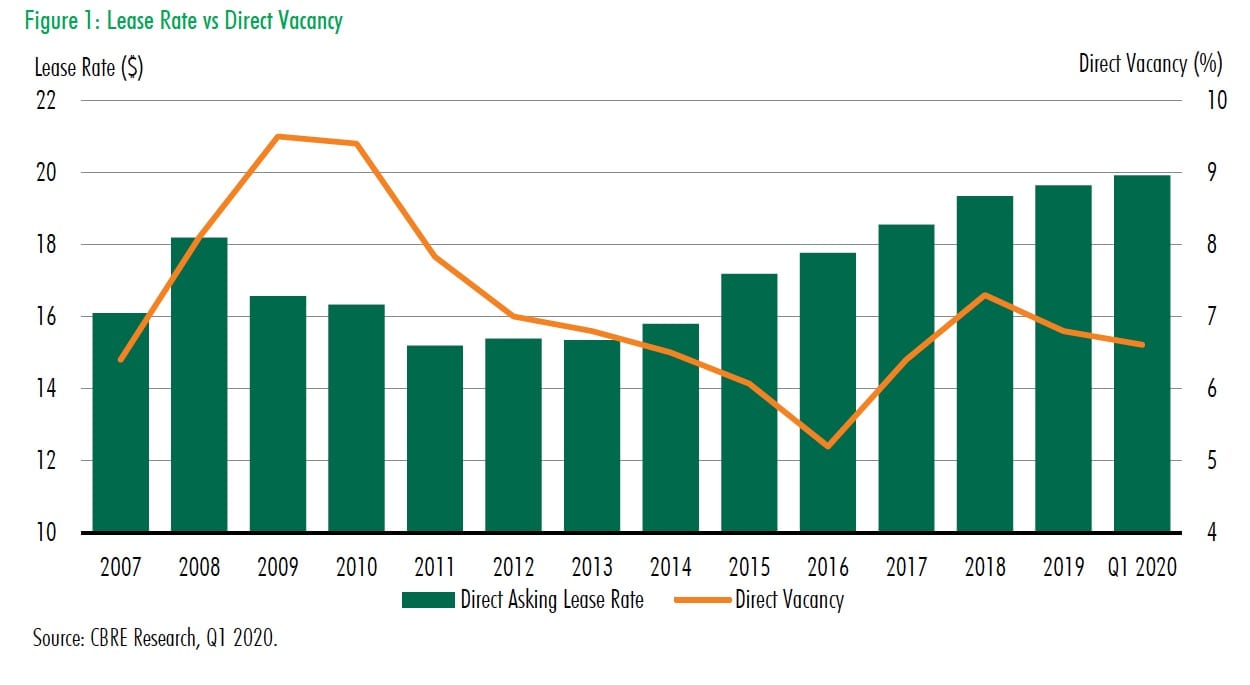 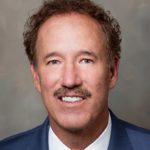 It’s undisputed that the global coronavirus pandemic has significantly disrupted the retail market. As states like Colorado issued stay-at-home orders, many retailers closed and retail investment activity slowed substantially. While the full impact of the pandemic still is cloudy, to achieve the best strategy going forward it’s helpful to have a comprehensive understanding of where metro Denver’s retail market was going into the crisis.

Vacancy. While the first quarter of 2020 ended in a volatile state, direct vacancy held steady year over year at 6.6% and total availability also was stable, up just 5 basis points year over year at 8.2%. The northeast submarket held the highest direct vacancy with 8.5% while the central submarket had the lowest, 5.3%. Of the product types, neighborhood retail centers recorded the highest availability, 9%, and power centers maintained the lowest, 6.6%.

Construction. Headed into the pandemic, 133,935 sf of new retail space delivered in the first quarter in metro Denver with an additional 1.2 million sf of retail space underway. The first quarter marked the 12th consecutive quarter with deliveries in excess of 10,000 sf with the largest delivery being 34,500 sf of ground-floor retail at the mixed-use 9th and Colorado development. With 56.9% of retail space under construction already preleased, mixed-use projects accounted for the three largest projects: 9+CO (128,514 sf), Basecamp Market Station (82,500 sf) and McGregor Square (75,500 sf).

Leasing rates. In the first quarter, asking lease rates increased 1.6% year over year in the Denver metro area as low lease rates in larger, older spaces were balanced by new construction and premium spaces with higher lease rates, specifically new mixed-use developments in the central submarket. The highest asking direct lease rate, up 7.9% year over year, was in the Colorado Boulevard/midtown submarket, which includes Cherry Creek.

Economic outlook. Our forecast calls for economic stabilization to occur in the third quarter and recovery beginning in the fourth. Meanwhile, with virus curves bending in some parts of the U.S., the state and local government has announced a plan for a phased economic reopening in certain regions.

While the U.S. commercial real estate recovery will span 12 to 30 months, the retail, food and beverage, and hotel sectors are targeting the further end of the recovery timeframe. However, grocery and pharmacy, and by extension the retail centers that house them, are the most resilient categories as customers shift spending almost entirely to essential goods and core basics both online and in store.

Reopening retail stores will require multiple safeguards, depending on the center, which may include: limiting the number of entrances to control traffic and densities; enhanced cleaning in high-touch areas; enforcing social distancing in common areas; providing curbside pickup options; and reduced seating capacities in restaurants and movie theaters.

Each state will determine its timeline for reopening its economy, based on growth rates of COVID-19 cases, impact on the health care system, extent of access to testing and transparency around exposure sources. Once reopening begins, restrictions will be eased as further benchmarks for virus abatement are met. We expect this to be a phased reopening, with retail leading the way. This will be followed by the food and beverage sector, albeit with limited dine-in service and seating capacity. Entertainment and gyms will follow soon.