The Pro’s Closet will move its company operations to one of Etkin Johnson’s Colorado Tech Center buildings.

A bicycle retailer signed a lease agreement to fully occupy one of Etkin Johnson’s industrial buildings in the Colorado Tech Center.

The Pro’s Closet signed a long-term lease at the 136,701-square foot industrial/flex building at 1900 Taylor Ave. in Louisville. Rachel Rohrig from Market Real Estate represented the tenant. Etkin Johnson represented itself in negotiations. The tenant plans to consolidate the operations of its existing Boulder and Longmont locations to the Louisville property.

Fenix Outdoor occupied the 5-year-old industrial facility up until earlier this year when it was listed for lease. Ryan Good of Etkin Johnson said tenant interest remained strong, despite the property being marketed during COVID-19.

“As companies re-evaluate their needs during the pandemic, we continue to see strong activity in the CTC as tenants look to relocate from Boulder into highly amenitized space at a lower operating cost,” Good said. “Add to that the benefit of accessing multiple talent pools along the Northwest Corridor and this location becomes extremely attractive for many companies.”

According to Good, Denver’s industrial market remained strong during the second quarter of 2020, which marked the 41st consecutive quarter of positive net absorption, including 212,401 sf along the Northwest Corridor.

The property’s CTC location, with easy access to U.S. Highway 36 and the Northwest Parkway, along with its ample amount of space for storage, repairs and distribution services, made it an attractive asset to prospective tenants, Good said. The property also offers 40,000 sf of dedicated office space, 20 dock-high and four drive-in loading doors, 24-foot clear ceilings, an ESFR sprinkler system and an energy-efficient design for lower operating costs.

According to Good, the tenant will work with Etkin Johnson to “put its own stamp on the property,” but improvement plans have not been finalized yet. The tenant is expected to occupy the property by the end of the year. 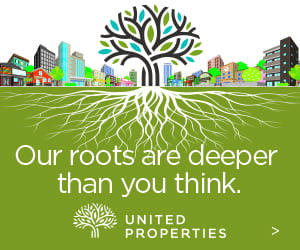 Etkin Johnson is under construction on another large industrial/flex building just blocks away at 725 Tech Court. The developer also recently broke ground on Axis 25, a two-building, 200,000-sf, Class A industrial/flex campus in Loveland.