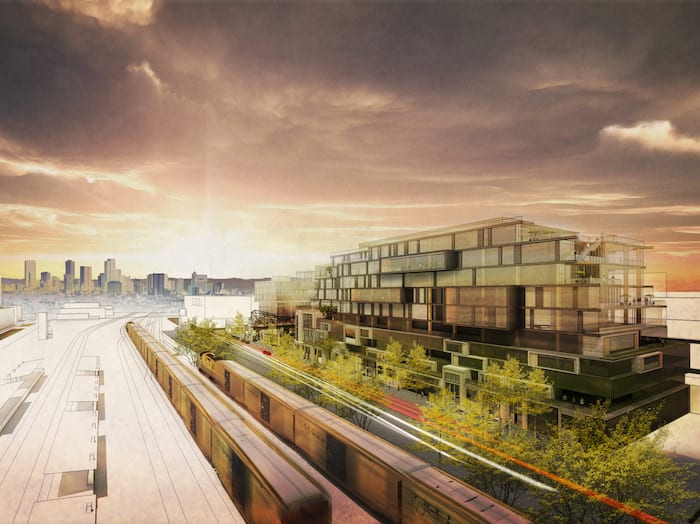 Virtual reality has been helpful in designing Giambrocco – a mixed-use project planned in Denver – to explore the public realm that stitches together several buildings and different uses into a cohesive whole. 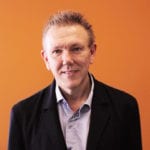 I recently sat down with Gensler architect Alex Garrison to discuss where, why and how the firm has been using virtual reality, and what the response has been.

Can you describe how has your office been using VR and what the reception has been like?

AG We’ve been using VR for a few years now, primarily for 360-degree rendering and we share those with clients through Samsung Gear headsets in the office.

Overall clients love it. It blends both seeing the design of their project with the novelty of being able to use a VR headset. We’ve had a very positive reaction and it’s certainly a real asset to our design process.

Our design teams internally are also really enjoying using it. There’s always something new we discover for the first time when we put on the VR headset and start looking around the space that’s being designed. Overall, it’s been really positive.

Can you describe a recent project where VR played a role in your design? 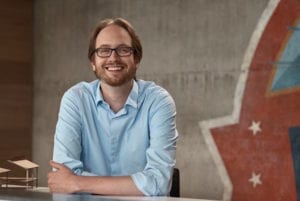 AG We’re working on a project at Eagle County Airport, where we’re adding a new waiting area to the existing terminal building. As part of this, we needed to develop everything from a structural concept to the look and feel, including materiality, lighting and even how large the windows will be for the mountain view while passengers wait for their flight. The visual impact of these separate elements really stand out when we render and look around the design wearing the VR headset.

For instance, in one case we had a couple of different structural ideas; one of them had large trusses that extended into the volume of the space and it felt cramped when we viewed it through a headset. Following that, we tried a concept without the deep trusses and the space felt big and voluminous. VR offered a compelling sense of scale, which allowed us to accelerate the design process.

So as a designer who has been practicing architecture for some time, it still helps with the understanding of scale and space?

AG Absolutely. As architects, we often rely on benchmarks, such as certain story-to-facade ratios or typical window heights because we know they have worked in the past. Now, on top of using benchmarks, VR can help us explore, experiment and push these thresholds to see what a triple-height space would feel like, for example. We’re able to simulate our experimentation, learn from it and hone in on the right solution more quickly.

And what about clients who view VR vs. 2-D drawings?

AG Our clients vary in their ability to read the drawings and renderings. Architects and designers often forget they’ve been training for years to understand and interpret design drawings. There is a struggle in ensuring there’s a connection between what we conceive and what the clients perceive. Allowing spaces to be viewed in VR makes our process more streamlined.

Are there any other local Gensler projects that have benefitted from the use of VR?

AG One in particular is called Giambrocco – a mixed-use project planned in Denver. Here, we have been using VR to explore the public realm that stitches together several buildings and different uses into a cohesive whole. The intent of these areas is to provide a space for building tenants and the public alike to meet for a coffee, grab lunch, shop or catch a show. Also envisioned is a rotating schedule of events either day or night. In order to give our clients a true idea of what an experience such a community movie night would look and feel like, we’ve been rendering these in VR.

We’ve also been doing a lot of interior VR rendering tenant fit-out for spaces and office building projects. All of this helps give clients a true sense of space before anything is built.

Those are some great uses of VR in later stage presentations. Has Gensler used VR in other phases of a project, like pitching?

AG Yes, we’ve used VR in pitches to good effect. This can take the form of sharing new designs or sharing our work portfolio depending on the ask. In either circumstance, VR can be immensely helpful during pitches because it can evoke such a sense of spatial realism. It’s exciting for clients to see design concepts come to life so quickly. There is also an aspect of novelty that makes VR exciting to clients, as they may not have seen or used it before.

So, when we show potential clients projects using this technology, they are excited and feel we’re exceeding their expectations. They see value in working with a firm that is using the latest technology to solve their challenges.

Can you summarize what do you think VR brings to your firm and to the industry as a whole?

AG VR seems to be quite literally adding another dimension to our work. VR is a new tool that offers an experience of scale that we haven’t had before.

It increases our power to conceptualize and iterate ahead of actually having to physically build something. It will be exciting to see how virtual reality will influence the evolution of design thinking in architecture as a whole.

At Gensler, we see the potential in virtual reality technology as a valuable tool for collaboration. We are exploring ways to bring people from across our firm, all over the world, together to interact through a shared virtual model and experience, design, and iterate all at once.

Published in the March 2017 issue of Building Dialogue.