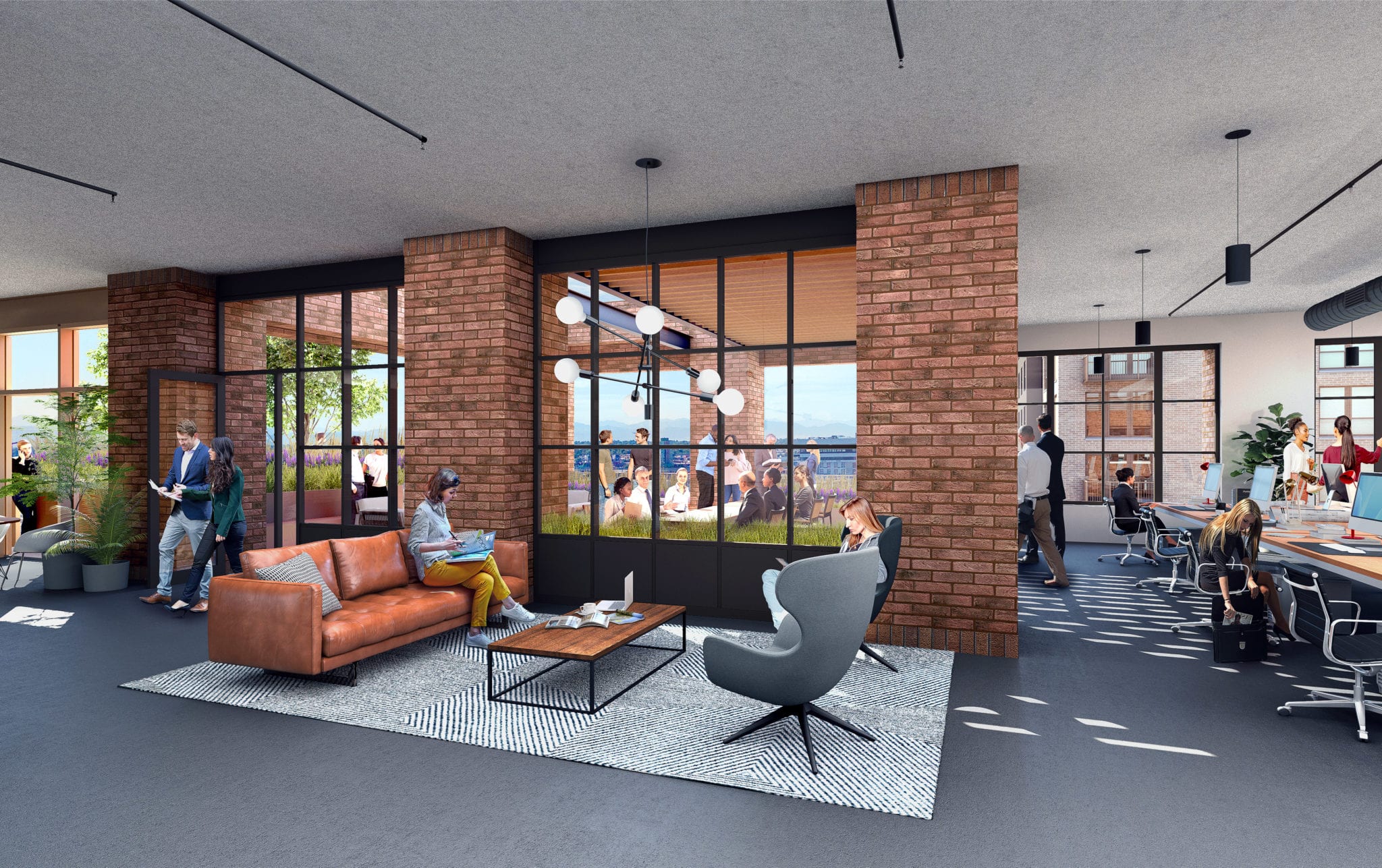 Over the past few decades, technology has grown explosively, becoming ubiquitous in our professional and personal lives. As an economic engine, the technology sector is potent – a fast-growing, high-wage, office-occupying sector – and it is quickly changing the face of commercial real estate, as evidenced by its impact on creative space design in Denver.

Our research notes that tech employment reached an estimated 11.8 million workers in 2018, or 7.6% of the overall U.S. workforce. Looking ahead, the technical workforce is projected to increase by 13.2% between 2016 and 2026. Additionally, tech workers are well compensated, with a national median salary of $81,907 as of 2018, nearly double the overall median salary of $42,700.

Denver serves as a prime example of the technology industry’s economic impact on the real estate sector. With its excellent quality of life, well-educated workforce, high concentration of millennials and world-class research universities, Denver was ranked fifth in Curbed.com’s 2020 list of “The 10 Best Cities in the U.S. to Move to Right Now,” reinforcing its position as a highly attractive destination to millennials and highly educated workers.

Tech growth in Denver is being driven by organic expansion and by companies that are relocating to or opening second headquarters in the city. Our research pinpoints more than 20 Silicon Valley-based tech companies that recently have opened offices in Denver, and the Downtown Denver Partnership reported that 120 tech firms were formed in 2018 in downtown Denver alone. This amount of concentrated growth certainly impacts the office market, as represented by the fact that the technology sector accounted for 36% of office space absorption, or approximately 1.4 million square feet, over the past two years. Further, tech firms now occupy almost 11% of downtown Denver’s office space.

Tech firms typically operate in high-growth mode, which dictates a need for flexible lease terms and scalability. Tech’s economic clout is pushing owners to shift from office space as a static product to a dynamic, space-as-a-service model that aims to facilitate creativity, productivity and talent attraction/retention. Owners are securing a competitive advantage in attracting tech tenants by adopting this model in new construction as well as in existing buildings.

Denver owners and developers are working to adapt to this new workplace model by including collaborative, modern amenities like state-of-the-art fitness centers, training rooms and event spaces, open-space options for gathering, food choices, bike storage and outdoor areas in both new developments and existing renovated offices. The tech industry’s influence on creative office space set to deliver in Denver is exemplified in the following projects: 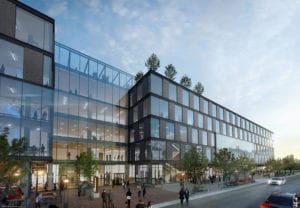 One Platte will feature the largest floor plates of any building in
downtown Denver. Courtesy Newmark Knight Frank

• One Platte, a Nichols Partnership development that recently broke ground, considers creative design for its future tenants. Located at 1701 Platte St., One Platte will include large floor plates, a ground-level restaurant, café and retail spaces, an exterior courtyard, plaza, a rooftop amenity terrace and a pet-friendly atmosphere. The project will feature the largest floor plates of any building in downtown Denver and offer views of the Denver skyline with floor-to-ceiling windows.

“One Platte will be an urban campus offering scalability, strong corporate identity and unmatched amenities for the 21st century workforce,” said Randy Nichols, president and founder at Nichols Partnership. “With high competition for employees, it’s important to offer the amenities workers desire. One Platte also is improved by the surrounding downtown neighborhood, where Denver’s professionals live, work and play.”

• Jordon Perlmutter & Co.’s Paradigm River North also proposes highly amenitized offerings to appeal to the technology sector in the River North Arts District. “We wanted to create an environment that was appealing to the area’s young, educated and ambitious workforce, as well as to their employers looking to attract top talent,” said Sean Perlmutter, head of real estate acquisitions and development at Jordon Perlmutter & Co.

Plans for the new development include a coworking-inspired lobby, a high-end tenant lounge with on-site coffee services, a 12,000-sf restaurant/retail space and a landscaped outdoor lounge to host after-hours networking. Additionally, the property will offer secure on-site bike storage with private lockers and showers, electric car-charging stations, on-site valet parking and full building access through the use of a smartphone app, replacing the dated and sometimes forgotten keycard.

This shift in office preferences has made a lasting impression, challenging owners and developers to focus more than ever on design, the use of common space and building amenities, as they are central factors to the success of an office development. It is easy to see why tech firms are locating to central business districts for more collaborative and highly amenitized space that helps them target a desired workforce. The built environment, both in terms of carefully selected locations and curated space, has become a company’s most powerful recruitment and retention tool.