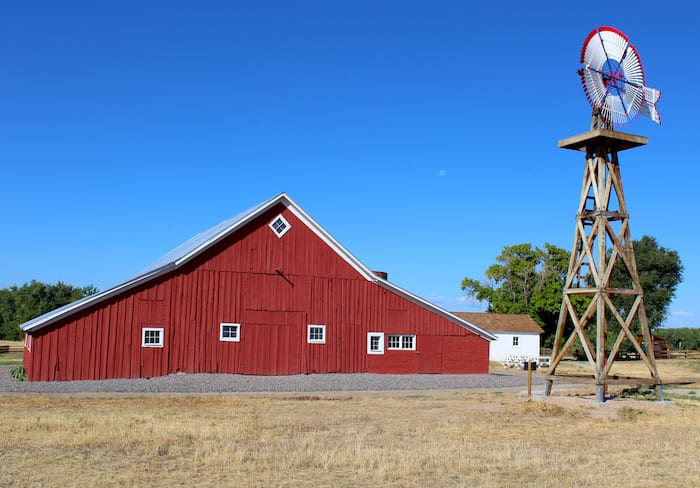 Today, the 17 Mile House and its barn are part of a 30-acre open space park supported by the Arapahoe County Open Space Sales and Use Tax. 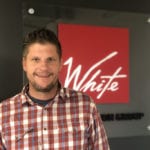 Located at the town lines between Centennial and Parker on Route 83 stands the 17 Mile House Farm Park, a treasure-trove of nearly 160 years of history in the settlement and development of Colorado. During the gold rush of the 1860s, “mile houses” served as rest stops along the Cherokee and Smoky Hill wagon trails, which pioneers traveled along from the Kansas Territory.

Almost razed in the 1970s until publicity helped halt that process, the 17 Mile House was zoned for commercial development until nine entities joined together in 2001 to purchase the property and preserve it. The Cherry Creek Valley Historical Society was successful in placing it on the National Register of Historic Places in 1983.

Today, the 17 Mile House and its barn are part of a 30-acre open space park supported by the Arapahoe County Open Space Sales and Use Tax, which provides funding to manage and maintain the park. Out of the original six “mile houses” along these trails, only the 17 Mile House and 4 Mile House still stand today. The numbers associated with the mile houses are the number of miles these rest stops were from the intersection of Broadway and Colfax Avenue in downtown Denver.

For more than the last decade, efforts have been made to restore the property to preserve its history and provide an opportunity for modern-day citizens to learn what life was like on the pioneer trail. The latest of these projects is a $320,000 restoration project designed by Intergroup Architects and completed by White Construction Group in the late summer.

The central part of the barn was originally built between 1874 and 1875, with north and south wings added at later dates. Before the renovation, the entire barn was inaccessible to the public as it was structurally unsound and had a weak foundation. A $200,000 grant from the History Colorado State Historical Fund helped make the structural upgrades and restoration possible, enabling public access to the first floor of the barn.

“It will be a space that will help us interpret the heritage of the site,” said Glen Poole with Arapahoe County. Arapahoe County conducted structural engineering assessments on the barn as part of its overall interpretive master plan for the park. This also included a public process that led the county to focus on a “period of significance” of the dairy operations that were housed in the north wing during the late 1930s to early 1950s. “The way the north wing of the barn looks now is very much how it looked when the Race family was operating the milk parlor during this time,” Poole added.

White Construction Group has earned a reputation in historic renovation and adaptive re-use during its 35-year history and has been involved with several projects at the 17 Mile House Farm Park over the past decade, including upgrades to the home, which still stands in its original location today.

“We were fortunate to be a part of this unique project built upon prior preservation efforts at the 17 Mile House Farm Park property,” said Jason Jacobowski, architect at Intergroup Architects. “We collaborated early on with [consulting architects] Scheuber + Darden and worked closely with the team to develop an approach that would yield the best value while stabilizing the structure and preserving its historic character,” he added.

Ben Reitz, White’s superintendent, was intimately involved with the restoration. “The foundation and the bricks were suffering,” he said. To maintain the historical integrity of the barn, the stone foundation on the north side of the building was removed so a trench could be dug, allowing for a new concrete foundation to be poured below grade. As the stones from the original foundation were removed one at a time with the help of a mini-excavator, each was numbered and laid out so they could be re-installed later in the exact same position on top of the new foundation.

The bricks on north and east sides of the building were in severe need of repair. “You could pretty much stick your arm through the hole in the wall,” Reitz added. The bricks were removed and as many as possible were salvaged for re-use in restoring the wall. These were supplemented with other recycled, tumbled bricks to match the existing masonry.

The original roof was sagging significantly so a new roof was installed, including new plywood, replacement of gap sheathing, and joist repair and replacement with the rafters being “sistered” for reinforcement. The weight from the roof sag had actually pushed some of the supporting structure down, so blocks were installed to help jack up the supports. These were installed with the direction of History Colorado and the design team led by Intergroup Architects, ensuring that the original supports were maintained and providing a visible demonstration of the roof repairs. Lightning protection was also added to the roof as well as new skylights over the space that housed the original milking operations. The exterior perimeter of the barn was graded to support drainage of roof runoff and protect the new foundation. Another historic feature of the barn is the 20-inch-wide rough-sawn mill cut wood planks. As the walls were repaired, some of these planks had to be replaced so new custom 20-inch rough-sawn wood planks were ordered to ensure continuity. The look is seamless and can only be distinguished by a close inspection of the square-head nails on the original planks. Additional renovations included the excavation and backfill of the cistern on the west side of the barn. The final task included repainting the exterior walls, with some additional minor cosmetic touches to be added before the barn reopens to the public.

Arapahoe County and the 17 Mile House Farm Park aim to open the barn to the public during its open houses, which are scheduled every month.

“Our staff and volunteers are proud to share this unique County Heritage Property with the citizens and invite visitors to step into the past at 17 Mile House to learn about Colorado pioneer and farming life and experience nature outdoors along the Cherry Creek,” said Karen Sear, visitor services specialist with Arapahoe County. “The barn preservation project ensures that the building remains an iconic piece of the Cherry Creek landscape for another 100 years.”