Architecture Designed to Make a Difference 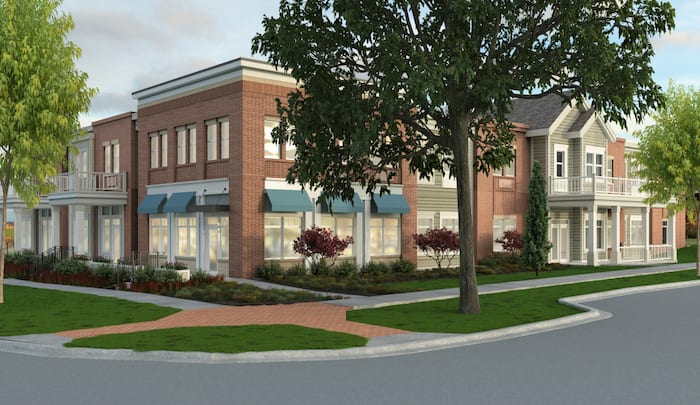 Giving back to local nonprofits has been a core value of our firm since I founded it in 2010. Like my colleagues who do the same, I view it as a small investment in the community where I’m blessed to do business and raise my family.

So, in December 2015 I was invited to a meeting regarding Attention Homes, a Boulder nonprofit that’s been providing shelter services for homeless youth since 1969. Sitting at the table in the Hotel Boulderado was Scott Puffer with Gardner Capital Development, Ryan Jones with RCH Jones Consulting and Shannon Cox Baker, owner of SCB Consulting and currently vice president of development for Urban Ventures.

Their pitch was direct: They were going to build Attention Homes Apartments, Boulder’s first supportive housing community for 18- to 24-year-olds exiting homelessness that will not only supply nontime-limited housing, but also supportive services and office space for staff. And the $12.5 million project was going to be built in downtown Boulder’s historic Whittier neighborhood, right across the street from my office.

And they needed an architecture firm. I knew there would be significant community, funding and entitlement challenges ahead but without hesitation I jumped at the chance.

With Gardner Capital, specialists in low-income housing via tax-credit financing, and Attention Homes as co-general partners of the project, Shannon Cox Baker took the helm as owner’s rep. The plot of land was donated by First United Methodist Church, which is fitting because 50 years ago members of the FUMC congregation founded Attention Homes on the guiding philosophy of “attention, not detention.”

Since Cox Baker and I were all too familiar with the pace of the entitlement process in Boulder, we knew that we had to start tackling the challenges of this project as quickly as possible.

We immediately went into programming and neighborhood outreach. The first and most obvious challenge was that we were going to build an apartment community for low-income, previously homeless youth on 1.93 acres along Pine Street between 14th and 15th streets. Pushback from the neighborhood was expected and it came at us swiftly, loudly and very organized.

In letters to the editor, in Planning Board, City Council and neighborhood outreach meetings, the opponents of the project attacked on perceived setback requirement noncompliance, the negative impact on property values. And some challenged whether this treatment protocol for young adults would even work.

But, while there was active pushback, we also had many Boulder residents on our side.

“There were many, many unsung heroes in the Whittier neighborhood and throughout Boulder who were incredibly and unwaveringly supportive of this project,” said Cox Baker. “And they came out in big numbers to every planning board hearing, every City Council meeting. They wrote letters to the (local paper) and they devoted their time doing whatever they could to support the project.”

From a tactical standpoint, Cox Baker and the team created a very effective website that communicated what the project was about, drew comparisons to other successful projects throughout the country that we had visited and featured data on how supportive housing reaps rewards, not just for the individuals who are served, but also for communities as a whole. And we hosted countless listening sessions, one-on-one meetings, group meetings, and at least 15 formal community meetings.

The STUDIO Architecture team worked closely with Attention Homes to determine exactly what they needed regarding housing units, offices and parking. And we spent months listening to the neighbors, receiving their feedback on everything from building height to materials to colors to architectural compatibility with the neighborhood, all while we were in concept and site review with the city of Boulder.

Our design for the 30,000-square-foot, three-story building had to meet Attention Home’s functional requirements, while responding to the neighborhood’s concerns and the city of Boulder’s land use review criteria. Oh, and it all had to be as cost-effective as possible. 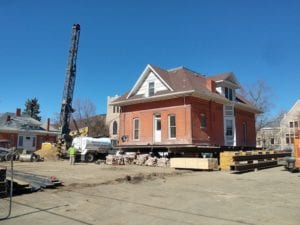 One major design challenge was the issue of parking. Most of the project’s site was the former surface parking lot for the church, one of the last to survive in downtown Boulder. The new parking facility was to be shared by Attention Homes, the adjacent office, restaurant and residential tenants on the block, along with the FUMC congregation, and the only place it could go was below grade. Adding to the complexity was that the parking structure would become the new foundation for a 1,900-sf historic home built in 1895, so we had to move the 124-year-old home out of the way while we built the below-grade structure, then move it back to its final location on top of the structure.

Of course, moves like that inevitably increase cost and, since the project had used a 9% low-income housing tax credit from the Colorado Housing Finance Authority, for every budget overrun, we had to cut somewhere else.

“We work in a very, very tight financing box on these types of projects,” said Cox Baker. “I can tell you the myriad ways that those obstacles made for a great project and I can tell you all the ways that made it onerous and very expensive.

But a compromise between the population you’re trying to serve and the wants and desires of the community is part and parcel when we’re doing development in Boulder.”

We ultimately cleared every hurdle with funding, community pushback, land use review and permitting. Ground was broken in early 2018 and the project is on budget and on schedule for a Sept. 1 completion.

After a pause, Nelson added:

“A woman came to a planning board meeting and she said, ‘You know, I don’t know all the ins and outs of this thing, but what I will tell you is that I have a 5-year-old daughter and I will walk her by this building with great pride every day and show her what our community can do to help the members of our community that are suffering.’”

Hearing the sentiments of that mother and knowing that this building is going to improve the lives of countless young adults who might otherwise suffer, it makes the thousands of hours, the contentious meetings and every one of the challenges we faced absolutely all worthwhile. Would I do it again? In a heartbeat.