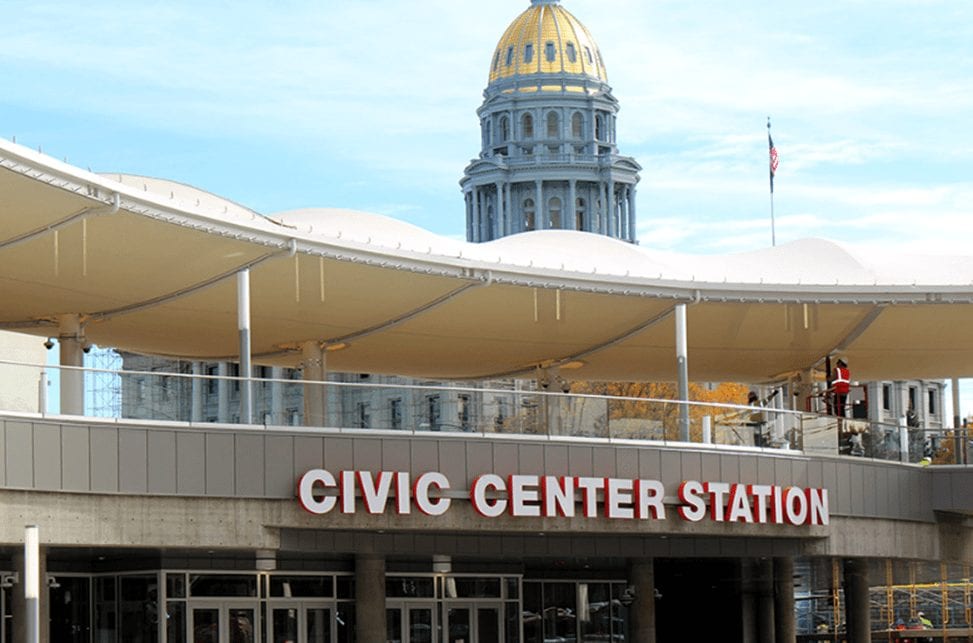 Now that construction on the Regional Transportation District’s Civic Center Station is in its final stages, the more than 15,000 daily transit riders who use the station will soon enjoy safer, easier and more transparent access to RTD services. For commuters or those living, working or visiting downtown, the station’s transition will help revitalize one of Denver’s most iconic and visible public spaces with a thoughtful design that provides new form and improved function. 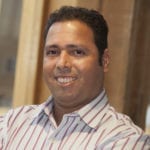 Three canopies outside the glass-enclosed station help frame the views to and from Civic Center Plaza, highlighting its connection to Civic Center Park, the Capitol and the 16th Street Mall transit corridor. The new center will solve problems caused by aging infrastructure, and moisture leaks that were plaguing the 30-plus-year-old former facility, along with traffic routing for the buses. Civic Center Station serves 18 bus routes and is bounded by 16th and Colfax avenues on the north and south, North Broadway to the west and Lincoln Street to the east. 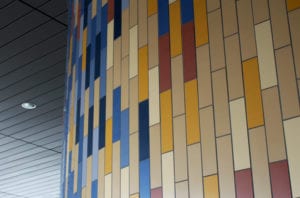 The addition of 15,000 porcelain tiles helps achieve goals for sustainability and ease of maintenance.

When complete, more than 160,000 craft labor hours will have gone into this approximately $31 million project. Extensive management and coordination were required to renovate a two-story station burrowed under a landscaped plaza and situated above a single-level, 105,000-squarefoot underground parking garage, which was also connected to the adjacent 22-story Civic Center Plaza office building. The demolition required to separate the station from the 4- to 6-inch-thick waffle slabs and 18- to 24-inch-thick beams that joined it to the Civic office tower was almost like surgery. The year-and-a-half-long construction process continued on schedule while accommodating the 5,000 people who use the office tower during the week, in addition to RTD passengers who board buses at nearby temporary shelters. Access to the tower’s loading dock, directly adjacent to the station renovation, also had to be maintained, and vibration from construction equipment had to be monitored to ensure it stayed within limits.

To support the concrete structure, the design called for a structural fill solution based on the use of structural geofoam infill material, consisting of closed-cell expanded polystyrene manufactured into large, lightweight blocks. The team started out with nearly 220,000 cubic feet of geofoam blocks to support the bus loading area, Lincoln level plaza and terminal walkways, at depths varying from 18 to 60 inches. More than 2,200 of these geofoam blocks were custom fabricated, based on laser scans provided by Mortenson’s virtual design and construction group. Mortenson ultimately custom cut and installed the 220,000 cubic feet of geofoam on the project site, likely the largest such installation in downtown Denver. 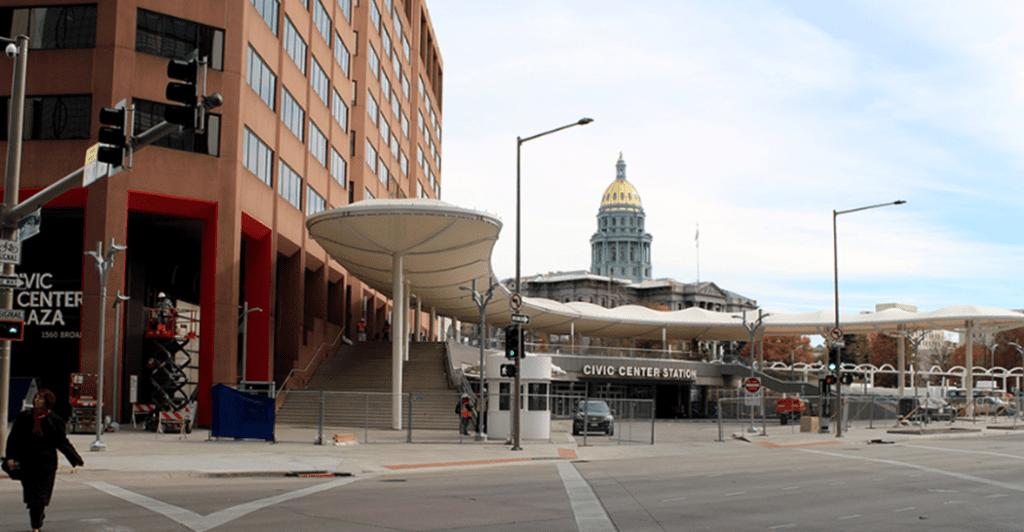 The view to the Capitol building is framed by three canopies.

One of the most distinctive design features on the new station are the new bus shelter canopies. The largest is the 500-foot-long boomerang canopy on the plaza level, which includes the same fabric used at the other “transit bookend” at the opposite end of the 16th Street Mall, Union Station. The boomerang canopy is lit from within, providing a unique glow while opening up views to nearby landmarks. The canopies are supported by 15- to 30-foot-tall structural steel columns.

“Our canopy systems will be the most iconic and visible elements of our project,” said Richard Rost, facilities engineering manager at RTD. “The encapsulate profile of the main canopy is unique and complex.”

Inside, visitors will notice a clear and positive difference when comparing this new station to the original one. Clear sight lines, improved transparency though glazing, exposed ceilings that allow for easy utility and maintenance access, and the addition of 15,000 porcelain tiles help achieve goals for sustainability and ease of maintenance.