Climate Change: Building Community Must Move to the Front Line 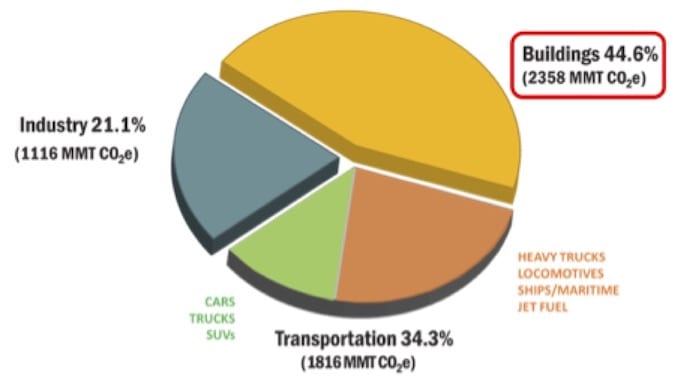 BUILDING DIALOGUE: It’s All About the Carbon

As global weather becomes more extreme, the threat that climate change poses for our communities is no longer theoretical. In Colorado, we are seeing direct and measurable impacts in the following areas, most of which we probably have heard mentioned and can relate to: snow, pine beetle, water, alpine wildlife (the American pika could become the first animal in the continental U.S. listed under the Endangered Species Act because of climate change), large mammals and wildflowers.

Local businesses need to be working to protect their assets and supply chains from increasingly severe hurricanes, heat waves, fires and droughts. More and more companies are figuring such “climate risk” into their calculations, and investors are paying close attention.

Human activities are changing the natural greenhouse. Over the last century, the burning of fossil fuels like coal and oil has increased the concentration of atmospheric carbon dioxide (CO2). This happens because the coal or oil burning process combines carbon with oxygen in the air to make CO2. Humans have increased atmospheric CO2concentration by more than a third since the Industrial Revolution began (Figure 1). This is the most important long-lived “forcing” of climate change (Figure 2).

The U.S. Global Change Research Program, which originally was known as the U.S. Climate Change Science Program, coordinates and integrates federal research on changes in the global environment and their implications for society. They provide scientific information to enable effective decision making to address the threats and opportunities posed by climate change. 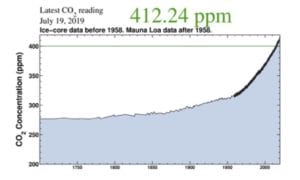 The American Institute of Architects recently declared climate emergency in a historic resolution (2019 AIA National Convention in Las Vegas). They assert that architects play a vital role in combating climate change, while citing the Fourth National Climate Assessment (NCA4), which confirms, again, the consensus of the international scientific community: The Earth is warming due to human activity and, if left unchecked, the consequences will be catastrophic for human life. 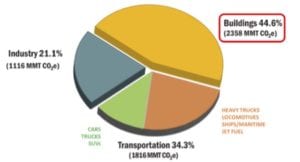 So, it really is about carbon! And a majority of this carbon is originating from the building sector (Figure 3). Primarily due to the energy needed to heat, cool, light, power and ventilate the buildings we live, work and play in. A high percentage of our energy in Colorado comes from fossil fuel-based power plants that burn carbon fuels such coal, oil or natural gas to produce electricity. 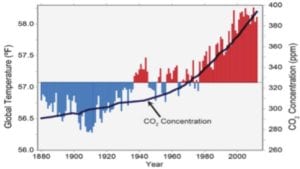 As we envision our next building project, it is the developers, architects, designers and engineers who are on the front lines of combating climate change and presented with the opportunity to design low-carbon, energy- and resource-efficient buildings.

In the near future, energy efficiency may not be a choice as leaders in our communities have studied the science, listened to the public, and are working on developing net-zero energy building codes as the baseline. Denver now has a goal that all new buildings achieve net-zero energy by 2035, as specified in the 80×50 Climate Action Plan.

The goal also includes reducing the energy use of all commercial buildings by 50% by 2050 and implementing low-income community solar programs. Denver recently became the 73rd city in the U.S. to commit to 100% renewable energy.

The city aims to have all municipal facilities source electricity from renewable sources like wind and solar by 2025. The city’s electric grid will go 100% renewable by 2030, according to the 80×50 Climate Action Plan.

Meanwhile, Boulder’s greenhouse gas emission reduction targets required moving the city’s energy code to a net-zero energy code by 2031. As a result, the city has developed an energy code roadmap that incrementally increases energy efficiency requirements for residential and commercial structures on a three-year cycle. 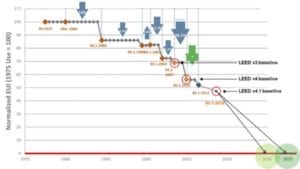 Figure 4 and the section above address “operational” energy only (the energy needed to run our buildings). As crucial as this is, it’s not enough. We also need to pay attention to the greenhouse gases that are emitted to construct our buildings in the first place – the embodied carbon, which is another significant and rising contributor of atmospheric CO2.

The building industry today is wasteful and pays little attention to the limits of materials and resources. Life-cycle assessment (also known as life-cycle analysis, ecobalance and cradle-to-grave analysis) is a technique to assess environmental impacts and carbon emissions associated with all the stages of a product’s life – from raw material extraction through materials processing, manufacture, distribution, use, repair and maintenance, and disposal or recycling . The best way to get a really clear picture of how one material or system compares to another in the context of a building project is to use whole-building life-cycle assessment.

2. An overwhelming majority of climate scientists and organizations,* including 13 U.S. federal agencies, are in agreement regarding climate change as they are actively addressing its threats.

3. The building industry is the leading cause of CO2emissions. The AIA has adopted the AIA Resolution for Urgent and Sustained Climate Action in response to this threat.

5. Curbing embodied energy of building materials is the next frontier if we are to meet carbon reduction goals as set forth in the 2015 Paris climate accord and prevent the worst effects of climate change.