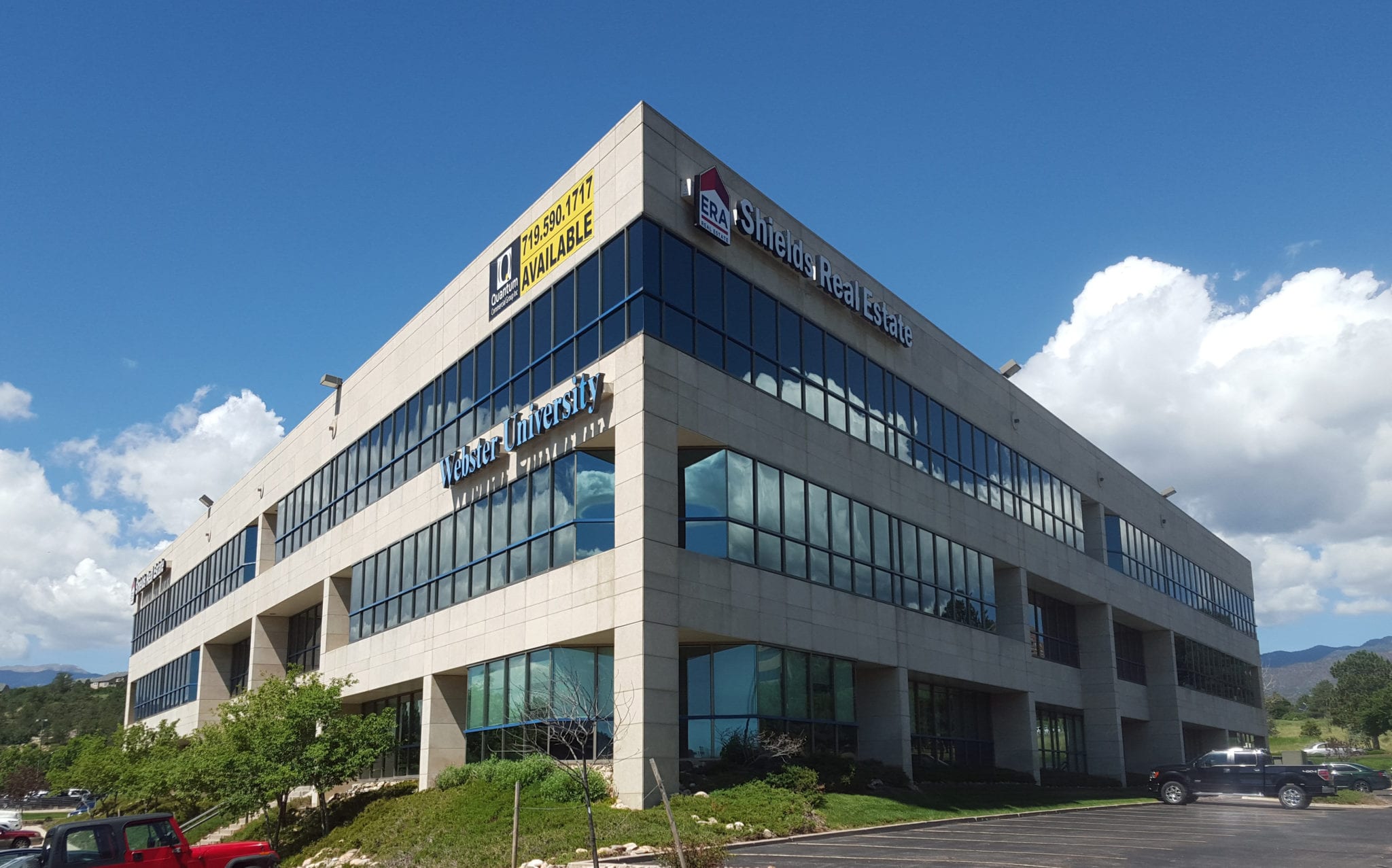 Built in 1984, the three-story office building was nearly fully occupied at the time of sale – with a single 790-sf space available.

A Class A office building in the Colorado Springs Tech Center Office Park recently sold in one of the highest-priced office sales in the market this year.

Built in 1984, the three-story office building was nearly fully occupied at the time of sale – with a single 790-sf space available.

Seller Tech V LLC in its ownership improved occupancy with a slate of solid tenants, noted Taylor Stamp of Quantum Commercial Group Inc., who represented the seller in the off-market sale.

Tenants at the building include ERA Shields Real Estate, Webster University and the General Services Administration as well as a mix of smaller tenants.

Amenities at the building include visibility from Interstate 25, building signage and views of Pikes Peak on the west side of the building.