Confluent, Kelmore team up at Lowry 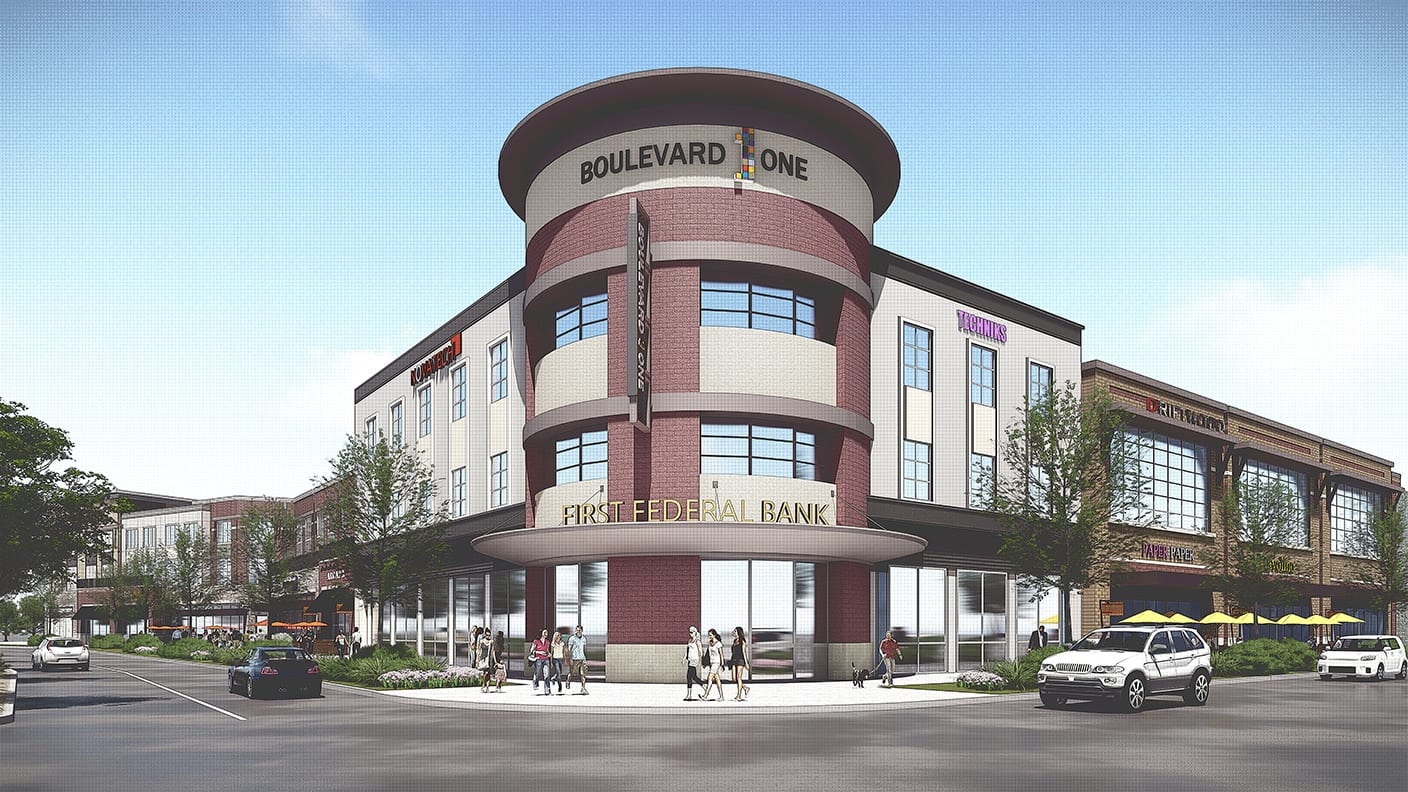 A 200,000-square-foot mixed-use redevelopment project is coming to the last new neighborhood to be developed in Lowry.

The Boulevard at Lowry will consist of retail, restaurant, office and entertainment space, including a restaurant sitting on the community park across Lowry Boulevard. It will serve as the centerpiece of Lowry’s Boulevard One, the final new neighborhood in Lowry and the only commercial development in the neighborhood.

Natural foods grocer Lucky’s Market will anchor the mixed-use project situated on more than 5 acres at Lowry Boulevard and Quebec Street in Denver. The 25,000-sf store will be the first Denver location for the Boulder-based chain, which has plans to open in Wheat Ridge in 2018 and has two stores in Boulder and one in Longmont.

“Lucky’s Market is proud to open our first store in Denver, have a bigger presence in our home state of Colorado and bring more fresh, local and specialty foods to people in the Lowry area,” said Ben Friedland, vice president of marketing for Lucky’s Market. “We are honored to be an anchor tenant at The Boulevard at Lowry and look forward to being an involved partner in this new community.”

In addition to Lucky’s, the project team is targeting a tenant mix of specialty retail, restaurants, personal services and small suite office space overlooking the plaza and park.

“We are honored to co-develop this project – a projected cost of more than $45 million in the first phase – with Kelmore Development,” said Celeste Tanner, chief development officer at Confluent Development. “Lowry holds a distinct role in Denver’s history and will be a key piece of Denver’s future growth. We’re thrilled to provide our capital resources to support the redevelopment of Lowry as one of Denver’s premier neighborhoods.”

In addition to Kelmore and Confluent co-developing the project, designed to achieve LEED certification, the two will co-own the project. Kelmore Development was selected with design partner MCG Architecture to lead the 1.5-block commercial redevelopment project last year in a co-proposal with Embrey Partners, which is delivering 350 luxury apartment units covering one block immediately across from the mixed-use site.

The project team has just begun the preleasing, with Tami Lord, vice president of SRS Real Estate Partners, handling the project’s leasing. The team also is in the process of selecting the general contractor.

“Lucky’s Market will be a focal point at Boulevard One and complement grocery offerings at the Lowry Town Center,” said Monty Force, executive director of the Lowry Redevelopment Authority. “We look forward to working with the Kelmore and Confluent development teams to build a popular gathering place for people living and working in and around Lowry.”

Boulevard One is a 70-acre parcel that represents the last new neighborhood to be developed at Lowry, overseen by the Lowry Redevelopment Authority as the master developer. The cities of Denver and Aurora established the LRA to supervise the redevelopment of the 1,800-acre mixed-use site when Lowry Air Force Base closed in 1994.

“The Boulevard at Lowry will establish itself as an essential Denver destination in the years to come,” said Bob Koontz, principal of Kelmore Development. “The mixed-use site is designed for residents and visitors to be able to dine, shop, work and entertain, providing the much needed commercial component for Lowry to cement its position as a thriving, vibrant neighborhood in metro Denver.”