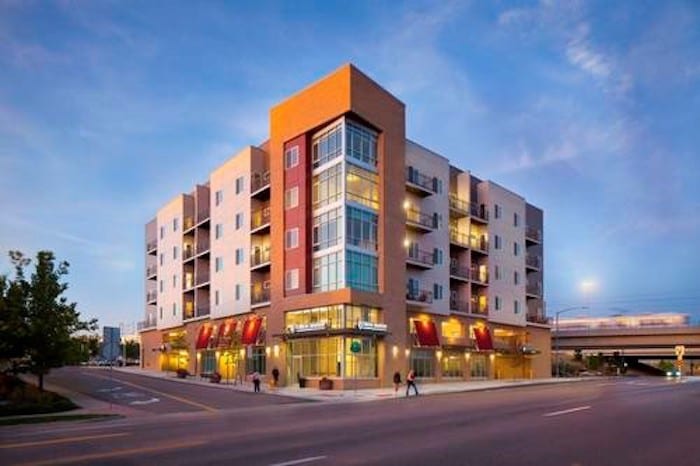 Attainable housing choices are essential to metro Denver’s continued economic growth and development. In the Lone Tree/Douglas County region, the challenge is even greater given the current median home price of over $600,000 and the median apartment rental price of approximately $2,000 per month. 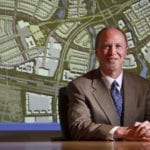 RidgeGate, the 3,500-acre mixed-use master planned community in Lone Tree that is home to the Sky Ridge Medical Center and the Charles Schwab Campus, recently received unanimous approval from the Lone Tree City Council for an attainable housing program to be implemented on the east side of Interstate 25 as RidgeGate continues its build-out. The program provides for a minimum of 350 housing units designated for households with earnings between 40 and 60 percent of the area median income. Residents 55 years and older will have access to 150 of those units. The remaining 200 units will be within walking distance of one of the two new Southeast Line light-rail stations nearing completion on RidgeGate’s east side.

For RidgeGate, providing attainable housing is essential to creating a responsible, comprehensive and thoughtful community. It also will provide employers in RidgeGate a competitive business advantage to attract and retain employees that earn lower wages.

RidgeGate and Lone Tree have actually had alignment on the importance of attainable housing since RidgeGate’s annexation into Lone Tree in 2000. However, both sides felt it was appropriate to wait until the light-rail extension was completed so that residents would have affordable transportation choices as well. According to Lone Tree Mayor Jackie Millet, “The city is hopeful this plan can begin to address the housing needs of the essential workforce community including first responders, school personnel and medical staff.”

It is estimated that roughly 25 percent of households are cost burdened, meaning that they pay more than one-third of their incomes in housing costs. Apartments under the program will be deed restricted for a minimum of 30 years and are expected to range from $650 to $1,500 per month depending upon unit size. They will be designed for families with incomes ranging from approximately $38,000 to $54,000 per year.

“The city is hopeful this plan can begin to address the housing needs of the essential workforce community including first responders, school personnel and medical staff.” – Jackie Miller, Mayor of Lone Tree

Developing attainable housing is more complicated and less profitable than building market-rate products. Fewer developers rise to the challenge—especially in today’s strong development cycle. RidgeGate has the advantage of its large scale of land ownership at a low basis in order to help these projects work economically. Additionally, these projects are expected to receive low-income housing tax credit financing, administered through the Colorado Housing and Finance Authority. Attainable housing projects in RidgeGate are expected to perform well in the highly competitive pursuit of LIHTC financing, given the need in the region and RidgeGate’s transit-adjacent project locations.

RidgeGate is also exploring additional attainable housing that might not necessarily be structured as formal LIHTC-financed projects. One such example is a joint venture project that RidgeGate is pursuing with Powered by Prescient (PbyP), a subsidiary of the Prescient building technology company. Prescient offers a comprehensive building solution that significantly reduces costs, execution risk and timeline. The Prescient system begins with its proprietary digital software that translates the design to its automated off-site manufacturing facility. The components are then shipped to the job site where they are assembled, resulting in fully framed floors at a rate of one full floor per week.

Together with PbyP, RidgeGate plans to develop a project located adjacent to the Sky Ridge light-rail station on the west side of I-25. The project is expected to incorporate numerous amenity spaces and rooftop decks as well as retail space at the ground level facing the light-rail station.