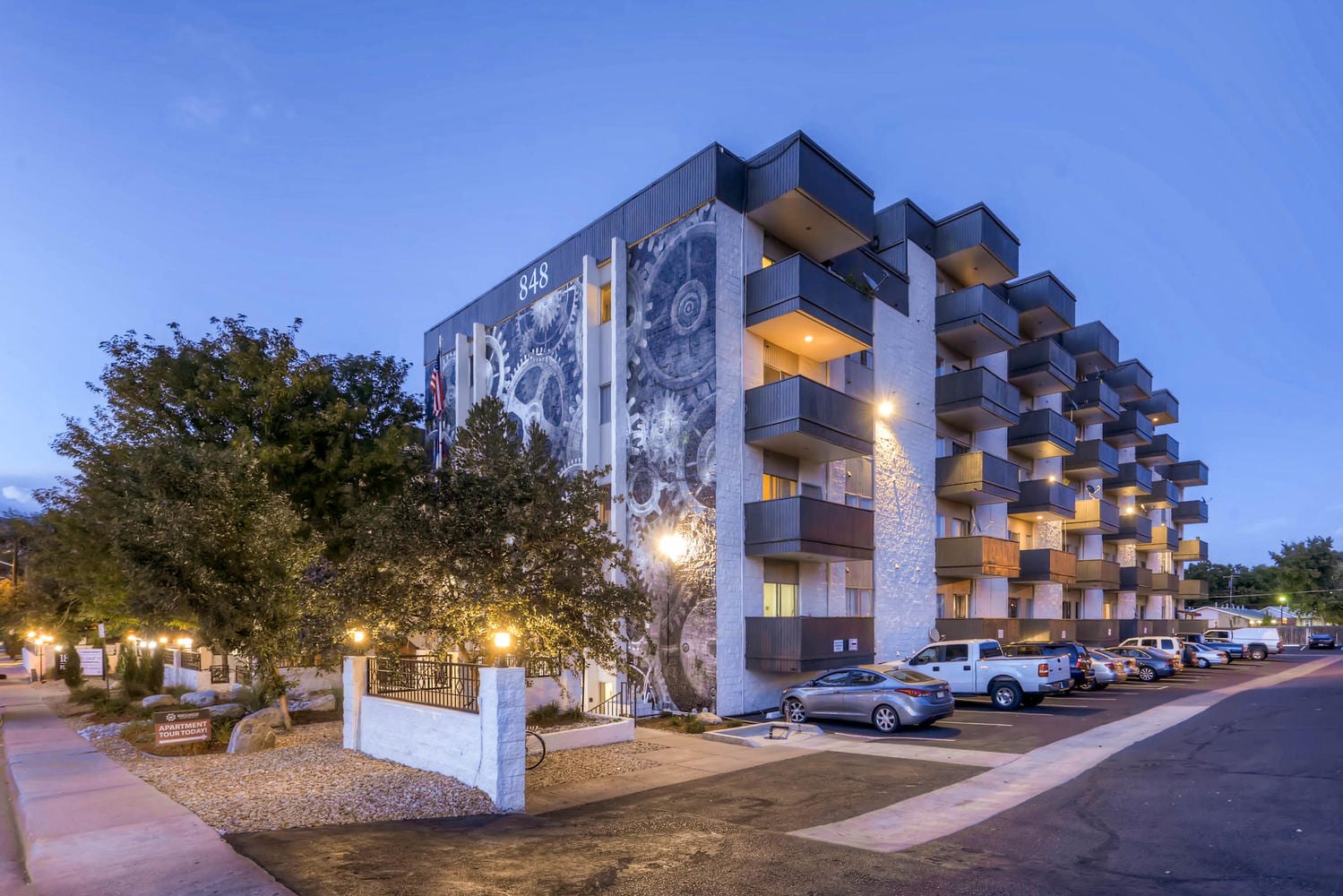 A 142-unit apartment complex in Glendale sold to an investor growing its area holdings.

The two-building property at 818 and 828 S. Dexter St. was extensively updated prior to the sale, including upgrades to all common areas, exterior façade and landscaping, mechanical systems and approximately 70 percent of the units. Its location and renovations attracted numerous investors, according to Scott Shwayder of Greystone Unique Apartment Group, the multifamily division of Unique Properties Inc., who brokered the sale.

“It was a fabulous renovation, including a very interesting exterior renovation” Shwayder said of the community, which features an avant garde brick exterior, in addition to the modern interiors. “I think it really made it stand out to potential tenants and buyers.

“In my mind, it also has the best location in Glendale, just one block off Cherry Creek Drive,” added Shwayder.

Dexter Lighthouse LLC, according to public records, sold the community constructed in the early 1970s. It was around 95 percent occupied.

The 180 Flats community is the latest of Arel Capital’s portfolio and will become part of the firm’s The Collective Glendale, a seven property, 793-unit collection of communities consisting of Vantage Point, The Birch, Four Mile Flats, Infinity Flats, Park Point and Cambridge Place. It also owns the Spyglass Hill community in Denver.

“We are pleased to be adding another unique community to The Collective Glendale portfolio and to continue our partnership with Arel Capital in the metro Denver area,” said Kirk Tate, principal and chief executive officer of Allied Orion Group.