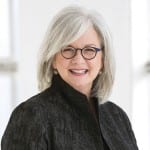 The Honorable Federico F. Peña, Denver mayor from 1983 to 1991 and Secretary of the Department of Energy and the Department of Transportation in the Clinton Administration, offers a unique perspective on the evolution of Denver. Peña, who currently serves on the boards of Wells Fargo & Co. and Sonic Corp., is a trustee of the University of Denver. Peña was a national co-chair of Obama for America 2012. He served in the same role in 2008 and was a national board member of the Obama-Biden transition.

Our interview with Mr. Peña provided insight that Peña’s impact set the stage for many of today’s successes.

JS: The prosperity Denver and Colorado have seen in recent years is due, in part, to the efforts leaders set in motion decades ago to set a course for development in the city and in the region. Your tenure as mayor mirrored similar economic conditions to those of recent past, including an economic downturn followed by a turnaround. Looking back on that time, Denver International Airport must be the most memorable – if not one of your top – accomplishments that fueled Colorado’s prosperity. How did you do it? What conditions emerged that enabled such a significant shift to happen?

Peña: My first term as mayor, I had a clear vision and specific platform, which was to support Denver’s growth. Expanding Stapleton Airport, building a new convention center and bringing Major League Baseball to Denver were among our goals. We were also committed to lifting up the neighborhoods, such as Five Points, 38th Avenue West, Cherry Creek and others. Cleaning up our air pollution and expanding transportation were also critical. The opportunities were many and we had our work cut out for us.

A year or so into my first term, Denver was hit by a major recession and the good that came from the recession was that it galvanized the business community to work together with my administration to get things done. Times were so desperate then, with unemployment at 2 percent above the national average, downtown vacancy was at 30 percent and we had a net loss population in the state of Colorado. There was no other option. We had to refocus our efforts to those that would build up our economy across many sectors.

JS: How did public/private partnerships play a role in your administration?

Peña: The criticality of boosting our economy was high and given the many important initiatives on the table, our ability to reach out and build partnerships with the community became essential to the results.

At 36 years old, what did I know? I wasn’t a councilperson or a city planner. I soon realized we needed a blend of mature, insightful people inside and a new talent outside the administration who together could solve problems and think outside the box.

We relied on partnerships with business leaders, organizations such as the Denver Chamber, unions and neighborhood groups to broaden the voices and build momentum. Many talented and dedicated people came together to launch these major initiatives. I would say it was a real partnership.

JS: What do you see as Colorado’s greatest opportunity?

Peña: Continuing our focus on driving innovation and entrepreneurship. We are a magnet for bright, innovative and dynamic minds across many industries. We need to harness that talent and find ways to infuse the intellectual capital and bring it to bear to solve problems.

JS: If you were to speak to the today’s leaders and those leaders who are emerging into positions of influence in Colorado’s policy, development and economic future, what advice would you give them?

Peña: Harness intellectual capital to fix the public school system. Public education is the most important issue and is critical to our future. We need to make it the No. 1priority.

But the most important opportunity is education. It matters to our economy, to our population and our viability. We need institutions, businesses, civic organizations and community members to come together to solve the problems of public education, to make education relevant and future-focused. The commitments to public education need to be broad and community based. We also need leaders who can make this a priority and help shape our education system to meet the needs of the future today. It’s not any one city official or an outsider who can energize the community; it has to come from across and within the broader community.

Invest in planning. We have lost a focus on the importance of city planning and we need to return to a sensible, balanced, vision-led planning model for Denver and the Front Range. One that is sustainable, long-range and looks to the future. Without a sound planning strategy, we’re at risk for a boom and bust cycle.

Continue to invest in our infrastructure and in our partnerships. We need to cooperate regionally on issues such as transportation and water. \\ jspatz@studio-collaborative.com