Placemaking Between Downtown and Suburbia 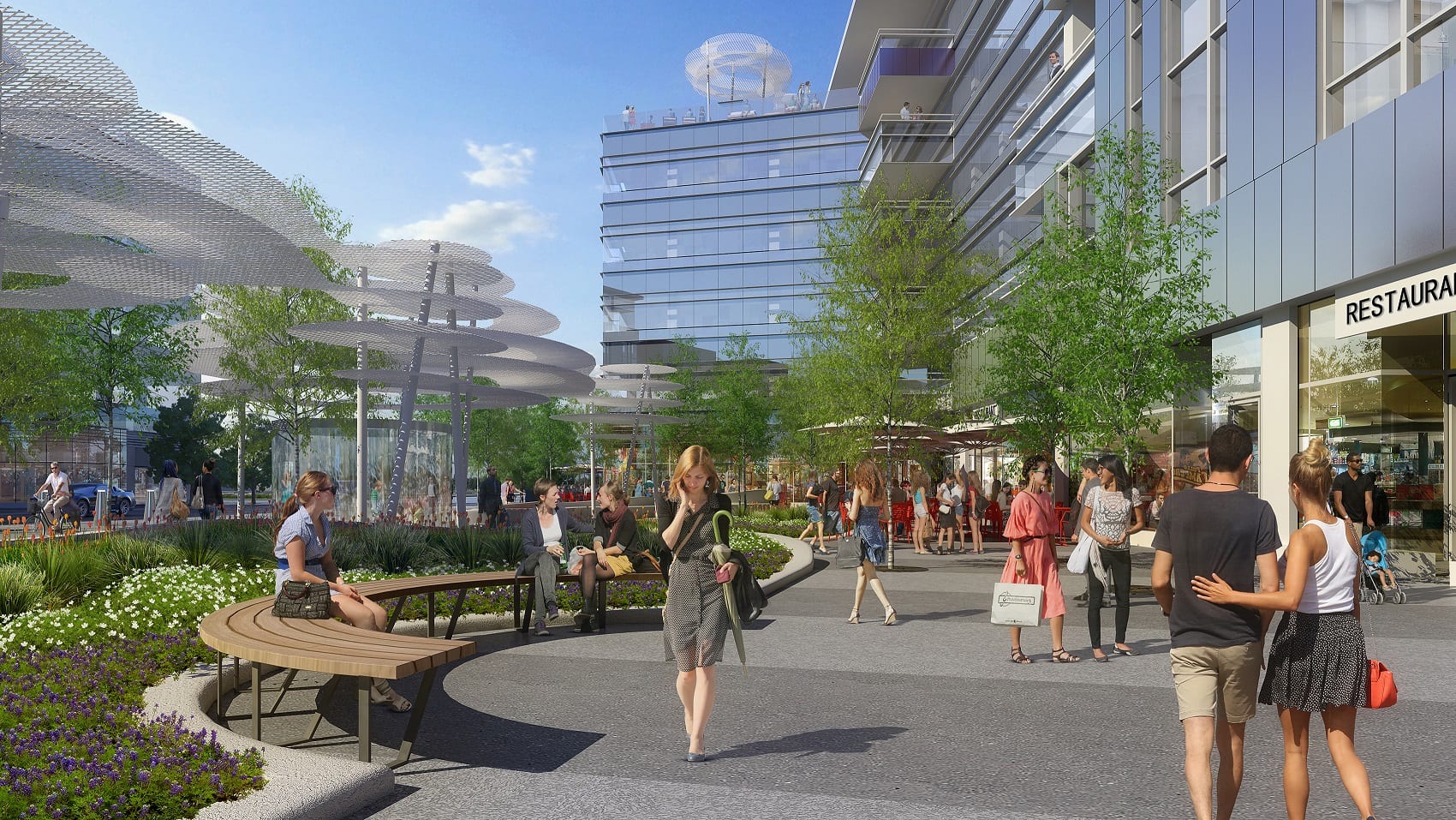 The plaza at the hear of Central Park Station, the mixed-use complex under construction in Stapleton, provides ample opportunity for residents and workers to socialize and unwind.

With the economy healthy again after the recession and rents on the rise in urban centers, commercial office tenants and developers are considering alternative locations to the traditional central business district. This trend is coupled with the millennial generation growing up and reaching child-rearing years. They aren’t ready to leave the city but some are choosing to leave the urban core to start a family while enjoying the conveniences of city living in alternative urban locations. 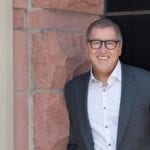 It has been common in this tight labor market for employers to follow the talent pool and locate where their employees want to be. One solution is to look where the family ready talent wants to live and locate in office buildings near transit for commuting convenience in outlying urban neighborhoods or in inner-ring suburbs. Shorter commutes mean happier and more productive employees.

A notable change in alternatives to downtown office locations is the increased focus on near-transit buildings – often in suburbs and outlying city neighborhoods – as regional transit systems expand. The office building itself may be outside the CBD, but if it is located near rail lines, it can attract tenants and their employees seeking urban walkability and easy access to the amenities typically found in downtown office locations.

Across the Denver metro area, architects, planners and developers are transforming streets into “places” by creating squares, parks and plazas that serve as multiuse destinations and encourage informal marketplaces, pop-up events and gathering spaces to relax, unwind and socialize. The design of surrounding buildings plays a leading role in creating and supporting those popular public spaces. KTGY has been working with Forest City to master plan such a place at Central Park Station in Denver’s Stapleton neighborhood.

Comprising six city blocks the mixed-use complex combines an authentic, distinctively urban feel with the added benefit of proximity to transit, and therefore connection – through RTD’s FasTracks commuter and light-rail network – to other desirable destinations throughout the entire metro area. This connectivity, combined with Stapleton’s family friendly neighborhoods, gives this location, at the midpoint between downtown Denver’s Union Station and Denver International Airport, the opportunity to attract the talent and tenants necessary to compete and grow.

The Central Park Station plan is focused around an iconic public space, one that provides opportunities for social and community events in a space that complements the surrounding infrastructure – at the heart of the transit district, surrounded by a true mix of uses – from office and hotel to apartments, condos, and shopping, dining and entertainment options. 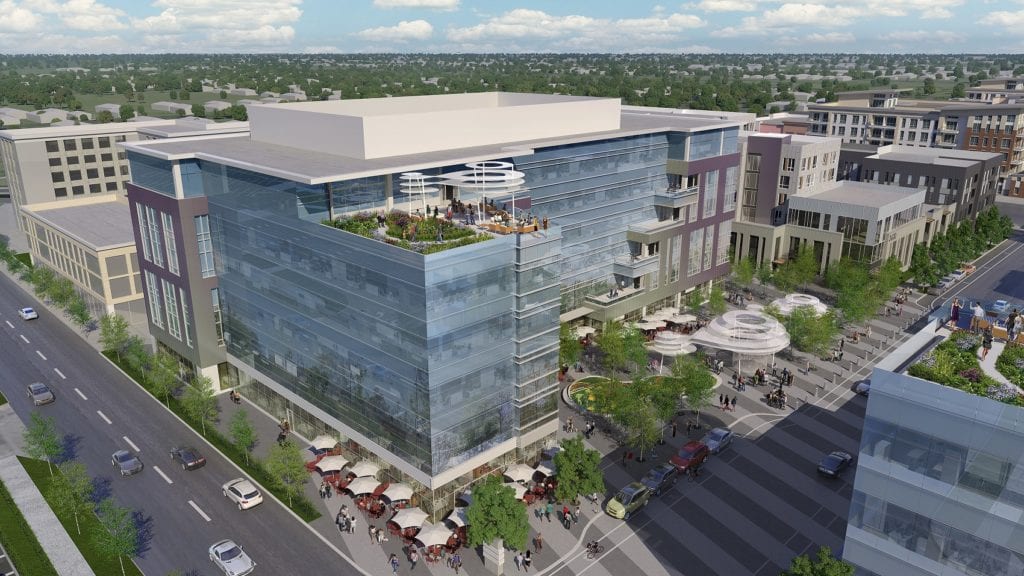 Park Station ONE features two balconies on each floor, overlooking the street-level plaza, in addition to a large rooftop terrace, designed to offer an al fresco work experience.

We are designing Central Park Station ONE, a 190,000-square foot, six-story office building with nearly 16,000 sf of retail slated to deliver in 2019. The adjacent 300-unit apartment building, also designed by our firm, is slated to open on a similar timeline and will provide highly amenitized rental housing. Together, these two buildings are shaped to partially enclose and define the central public space on three sides with active ground-floor functions that open out onto the public plaza.

The other half of the plaza will be developed with phase two of the development. The office and residential buildings that make up Central Park Station will be bisected by Uinta Street, which will be multimodal for cars and buses, offering dedicated bike lanes, but narrowed at the plaza to slow traffic for pedestrian safety. The plaza is lushly landscaped and, eventually, will be shaded by trees. Until the trees mature, shade structures in the form of lenticular clouds over the plains, as envisioned by Denver-based Dig Studios and fabricated by Denver-based Demiurge, will bring an artful, yet functional, aesthetic to the plaza. Office users on floors 2 through 6 can engage with the plaza from above via private balconies and a rooftop terrace programmed for the exclusive use of the top floor tenant.

Attracting the Next Generation

No matter what the location, nearly all Denver office tenants are focused on how much outdoor space is available. Central Park Station ONE features two balconies on each floor, overlooking the plaza, in addition to a large rooftop terrace, designed to offer an al fresco work experience. These spaces, more commonly found in a residential building than an office development, are intended to be extensions of the tenant’s interior offices. And, just as an amenity deck in an apartment building acts as an extension of individual residences, an outdoor gathering space just outside an office building encourages serendipitous encounters and creates connections with the community. 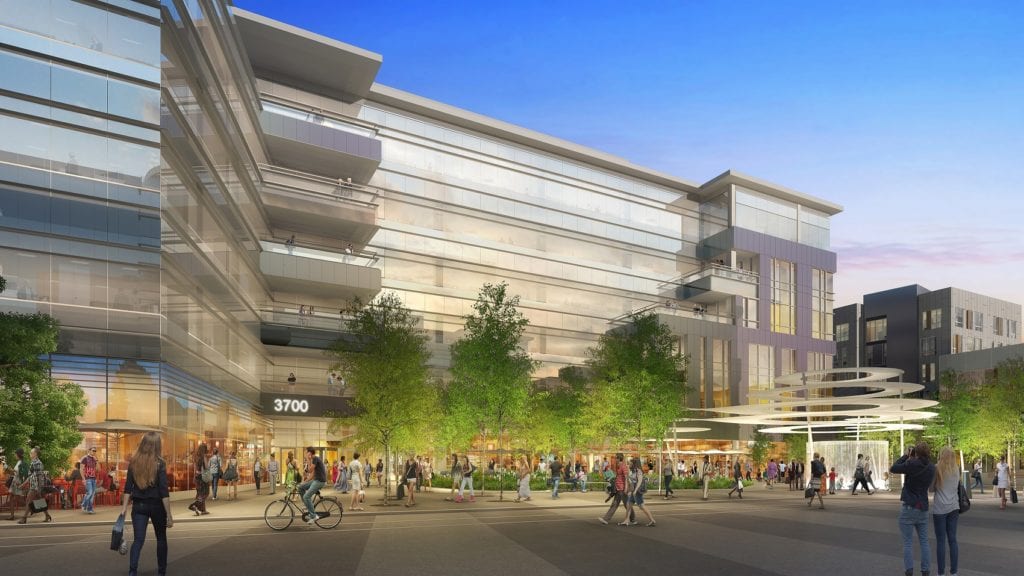 Central Park Station ONE is a 190,000-sf, six-story office building with nearly 16,000 sf of retail, slated to deliver in 2019. The adjacent 300-unit apartment building is slated to open on a similar timeline.

A robust amenity package is required to attract next-generation talent. Those amenities often blur the demarcation of functions within the ground-floor office lobby. No longer is the austere commercial lobby de rigueur. Cafés and restaurants spill into the common lobby space, replete with a tech bar, lounge furniture, group and private meeting spaces, informational displays and rideshare waiting areas.

Established urban areas can organically create authentic community interaction in a way that many suburbs and newer urban areas lack. And the streetscape – especially in outlying neighborhoods – is where local professionals and area residents come together for social and cultural experiences. If streets are designed as public spaces, those spaces are inherently connected to the fabric of the neighborhood, and the buildings lining them must be planned accordingly. Structures that are designed and programmed as an extension of the streetscape are the most likely to succeed in providing the connectivity their occupants – whether full-time residents or 9-to-5 office workers – seek and, increasingly, expect.