Platte Street Plaza: A Place to Sit and Stay a While 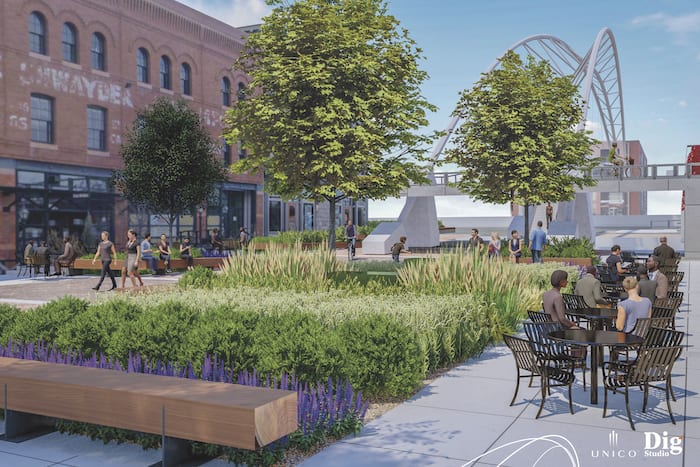 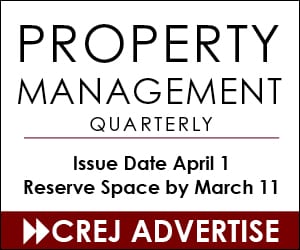 Denver’s Platte Street is one of the city’s most established and activated thoroughfares. Linking the Lower Highland neighborhood with downtown Denver, Platte Street achieves a unique sense of place by marrying the old with the new. Preserved and renovated historic properties pay homage to the area’s past as a hub of commerce and industry while forward-thinking mixed-use developments have ushered in a renewed sense of innovation along with new architectural possibilities. 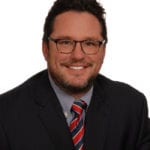 Pair that with daily pedestrian and bicycle traffic numbers that reach the thousands, and you’ll understand why the few blocks that make up Platte Street have been on the minds of so many real estate developers over the past five-plus years.

Today, the street is anchored by premier office tenants like Xero, BP and Galvanize, and continues to add to its roster of top-tier retail, dining and entertainment options. Yet amidst Platte Street’s almost-dizzying daily pace, we recognized that one vital element was missing: a central gathering place to stop, socialize and recreate. A nucleus, so to speak.

A public-private partnership between Unico Properties and the city of Denver, with the $1.7 million in equity required for the project furnished by Unico, Platte Street Plaza represents the very best of a developer’s intentions: community-minded placemaking.

Situated at the base of the Highland pedestrian bridge, Platte Street Plaza, rather than going up, will go green, transforming the underutilized yet highly trafficked passageway into a dynamic gathering space. By filling a gap in the current streetscape with trees, shade and seating, Platte Street Plaza’s new parklike setting will promote connection and relaxation, while inviting residents, visitors and nearby office workers to pause, connect and explore. 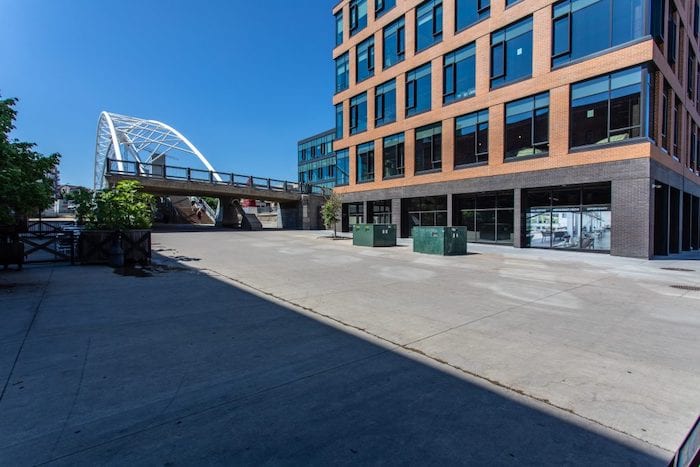 Recognizing the need for public spaces that can accommodate the way we live, Platte Street Plaza will offer free WiFi and will be equipped with power to host community and civic activities – from neighborhood meetings and farmers markets to pop-up events and more. Safety will be kept top of mind with the incorporation of clear sightlines and additional lighting throughout the plaza.

Once complete, Platte Street Plaza will contribute to area’s vibrancy and support the success of neighboring development projects – both new and old.

Urban parks have been described as the “lungs of the city,” providing respite from the indoors, improving residents’ quality of life and helping to build thriving communities. In fact, according to the National Recreation and Parks Association, proximity to open space plays a significant role in where people choose to live.

• Economic impact: While transforming a nondescript plot of land into an attractive park or gathering place is a boon to a city’s residents and visitors, its impact on an adjacent development’s desirability is equally great. If your development houses office space, its proximity to beautified, activated parklike space has the potential to reduce building vacancy rates. In a retail setting, shoppers, on average, will pay 8% and 11% more and shop longer in business districts with a tree canopy versus those without one.

Public gathering space plays a major role in our experience of urban environments. As real estate developers, we have a tremendous opportunity to look beyond our individual buildings and bring open, green space into our projects. The placemaking benefits will only enhance our business, as well as the lives of our tenants, residents and visitors alike. Who knows – the investment might just pay for itself.