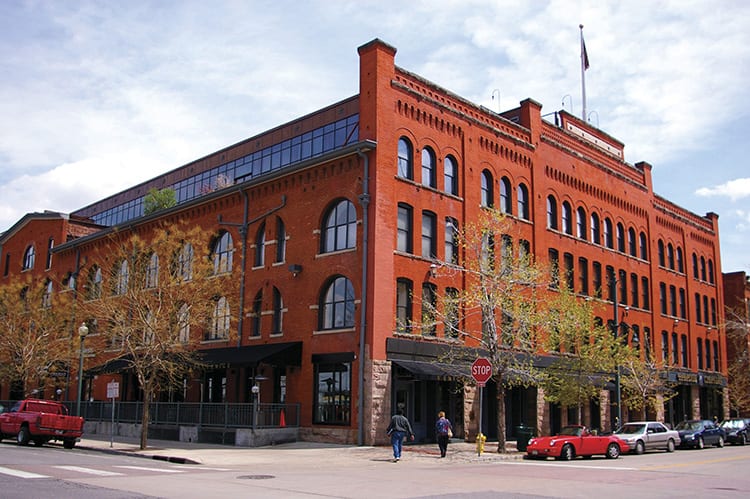 In 2017, the 117-year-old building on the corner of 17th Avenue and Pearl Street, most recently home to the Tavern Uptown, will undergo extensive renovations. It will also welcome a new neighbor of significantly more girth, an eight-story multifamily development that will be home to more than 300 new apartments. When originally 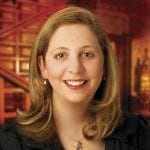 conceived, the project would have included the same number of apartments, but the 117-year-old building would have been in the landfill. What changed its course? The advocacy of local nonprofit Historic Denver Inc.

In December 1970, a small group of Denver residents formed Historic Denver, a nonprofit that began by purchasing and restoring the Molly Brown House Museum, but which has since spent four decades advocating for Denver’s historic buildings and public spaces. Historic Denver’s advocacy has repeatedly demonstrated that preservation is as much about our city’s future as it is about our past.

In fact, preservation advocacy has ushered in some of our city’s most important developments. None is more striking than Lower Downtown, where preservationists worked for much of the 1980s to protect and secure the iconic brick warehouses, and to create an environment friendly to reinvestment and development. In Lowry, early decisions about the reuse of historic buildings shaped the character and direction of development, and formed the backbone for one of the city’s most popular mixed-use neighborhoods.

In the case of the building at 17th and Pearl, Historic Denver’s advocacy took the form of collaboration, and demonstrated that when developers and preservationists work together a win-win outcome is possible. When news of the potential demolition first broke during the summer of 2015, public reaction was strong. Neighbors and fans of the building, including patrons of the Tavern Uptown and the patrons of restaurants previously located in the building, like The Grand, took to social media to express their concern. The phones at Historic Denver started ringing, and we quickly posted a petition to assess the desire of the community to save the building. In one short week, more than 1,600 people signed. 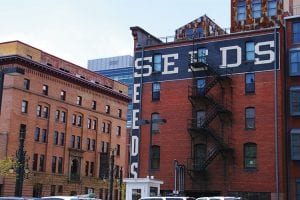 Historic Denver reached out to the owners of the site, Southern Land Co., to share the concerns expressed in the petition. Southern Land acquired the site in the late spring of 2015, and the site included the historic corner building, a large parking lot and a few other existing buildings. Fortunately, not only was Southern Land immediately responsive but also willing to meet with Historic Denver and the neighborhood organization for the area, Capitol Hill United Neighborhoods.

The first meeting in August 2015 provided both Historic Denver, the neighbors and Southern Land the opportunity to share hopes and goals for the site, and to brainstorm potential solutions. In advance of the meeting Historic Denver carefully studied the zoning on the site and the zoning of the surrounding land, as well as the height of adjacent buildings. Given the density and urban nature of the area, Historic Denver proposed a possible path forward: shift the intensity of the development back off 17th, but accommodate the same number of units by allowing changes in the permitted building envelope. This would save the beloved corner building, provide Southern Land with the ability to develop a project with the same number of units as originally conceived, and ensure that historic 17th Avenue retained its heritage and identity. Southern Land took this idea one step further, creatively determining that it could maintain the same height as first proposed, but accommodate more units through a zoning change that altered the number of floor plates allowed from eight to 10. With a conceptual solution in-hand, Southern Land Co. and Historic Denver were able to join forces to achieve this outcome, working together and with the Department of Community Planning & Development to draft a zoning amendment. The rezoning was formally approved by a unanimous vote of Denver City Council in October 2016, and construction on the project is set to begin early this year. An agreement between Southern Land and Historic Denver ensures that the 117-year-old building, which was first used as a neighborhood grocery, will continue to serve the community, symbolize the Uptown neighborhood and honor the streetcar identity of 17th Avenue.

This win-win, which benefits the community, the developer and preservationists, developed over the course of a year would not have been possible without the patience and persistence of all the parties, including Southern Land Co., which delayed the project while the rezoning process moved along. It also would not have been possible without an experienced, knowledgeable and progressive preservation organization willing to speak for the importance of the city’s heritage, and committed to finding forward-looking solutions that support both the preservation of that heritage and the evolution of the city.

Often, media stories about historic preservation focus on the controversies, on the black and white, “save it or scrape it” paradigm, but the true preservation success stories often happen quietly, creatively and collaboratively. Historic Denver is committed to this vision of preservation and development, and will continue to serve as a resource, collaborator and advocate to ensure that Denver thrives as a vibrant community with a unique identity, an identity rooted in our heritage and our strong sense of place. \\