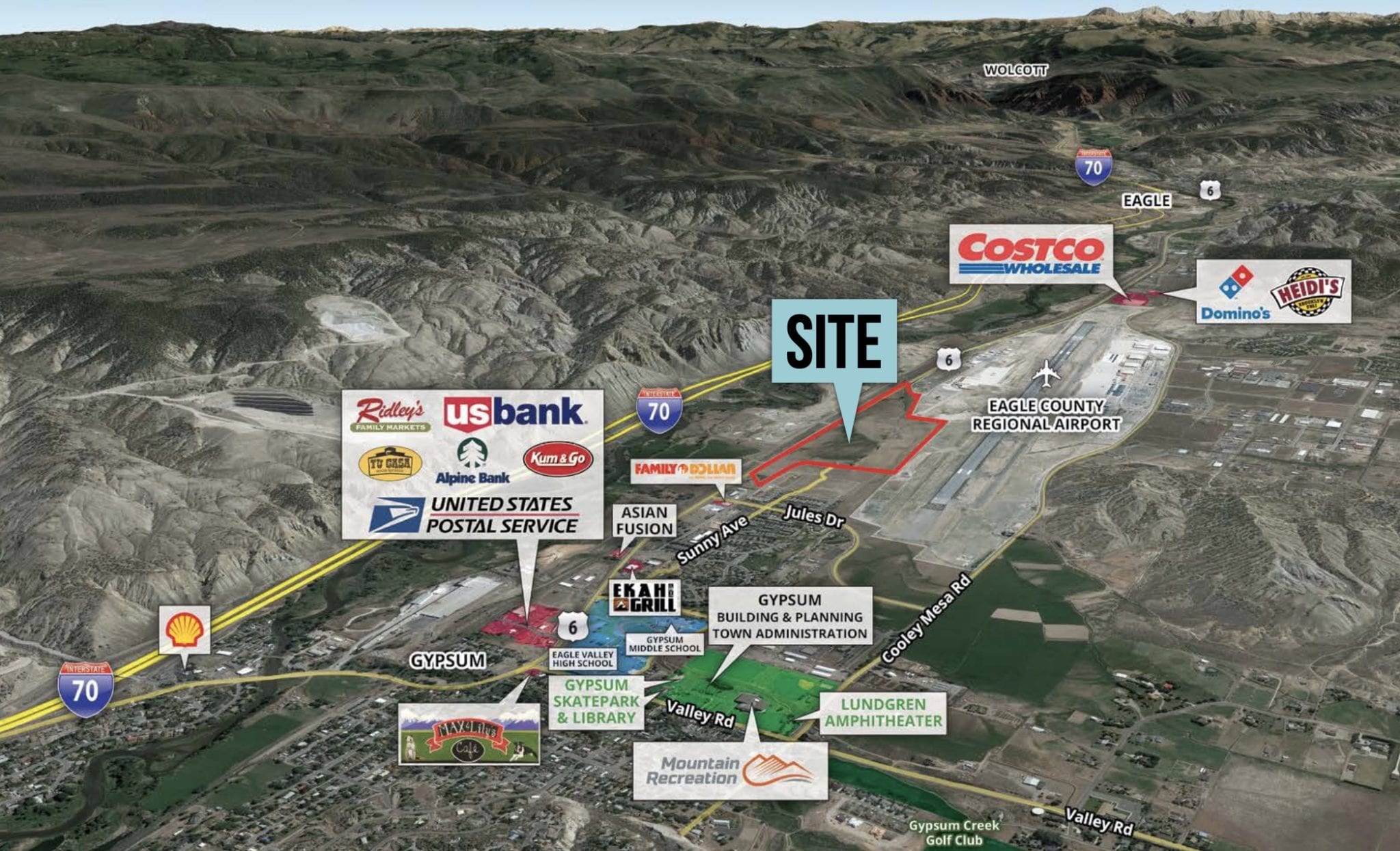 The site comprises three flat, undeveloped parcels directly west of the Eagle County Regional Airport with 4,250 feet of frontage on U.S. Highway 6 and visibility from Interstate 70.

A Chicago-based developer made its entry into the Colorado market with its purchase of a more-than-74-acre land parcel in Eagle County.

The buyer paid $2.58 million – above the $2.5 million list price – for the Tower Center, a 74.08-acre parcel at 11150 U.S. Highway 6 in Gypsum. A Kansas City-based developer sold the property, which had seen a significant amount of interest recently.

“At the beginning of the year and during COVID-19, a lot more people were looking at the mountain markets,” said Erich Schmidt of NAI Mountain Commercial, noting that the pandemic prompted people to look at getting away from metro areas to places like Colorado’s mountains.

Schmidt, who, with Steven Sendor of NAI Mountain Commercial, listed the property, added that the ability to work from home also fostered increased interest in the parcel and its future development.

“We are seeing a lot of new developers come to the mountain markets,” said Schmidt. “The cost of living is expensive but no more than New York or California. Especially as COVID-19, if you will, was a litmus test for remote working, the mountain markets only get more attractive.”

The site, comprising three flat, undeveloped parcels directly west of the Eagle County Regional Airport with 4,250 feet of frontage on U.S. Highway 6 and visibility from Interstate 70, originally was annexed in the early 2000s and initially identified for 600,000 square feet of retail development.

The buyer plans to keep retail in a portion of the project, however, will focus its development on entry-level housing. It is expected that the development could include a variety of housing types, however, specifics were not disclosed.

Work on the development is anticipated to begin in six to nine months.

“There is pent-up demand for housing,” added Schmidt. “It’s a rare opportunity in the mountains as there are so few parcels that are this large and flat available.

“There was a lot of interest in the property,” he continued. “Right now the most active market in the mountains is the land market.”