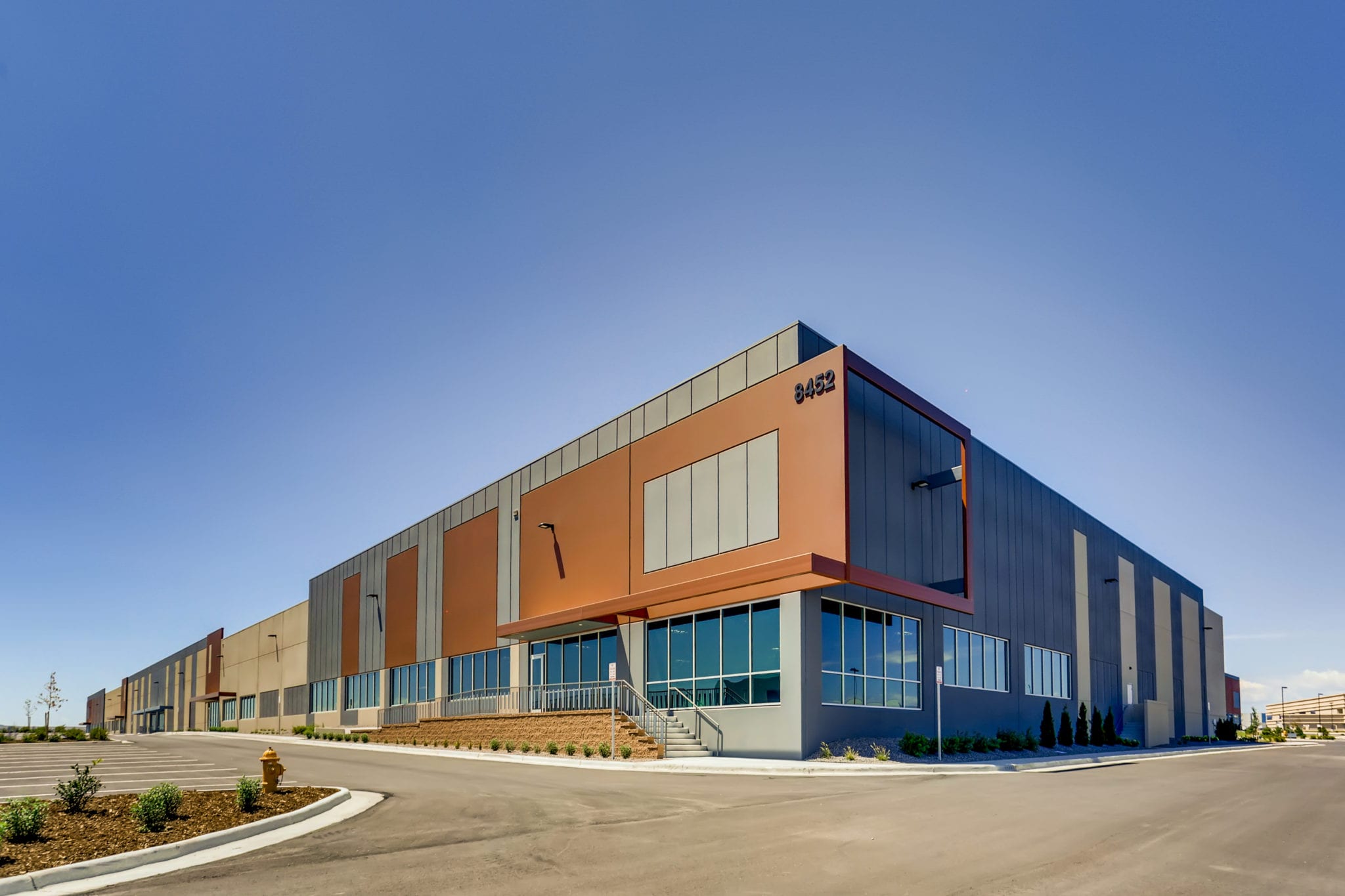 The buildings comprise a 202,000-square-foot build-to-suit for a national distribution center and two speculative buildings, a 160,000-sf and 130,000-sf property.

Development partners Bradbury Properties and Confluent Development sold the three buildings, completed in June, to a separate account investor advised by Invesco. The buildings comprise a 202,000-square-foot build-to-suit for a national distribution center and two speculative buildings, a 160,000-sf and 130,000-sf property.

The developers declined to comment on the sales price for the buildings, which signified the build-out of the Douglas County business park that comprises 1.25 million sf. The sale of the three buildings also represented the completion of a greater, four-building portfolio sale to the buyer totaling 592,000 sf within the business park near the intersection of E-470 and Peoria Street.

“Even in these most challenging of times, the industrial sector remains one of the most stable and attractive asset classes and serves as the foundation for many essential sectors,” said Marshall Burton, president and CEO of Confluent Development. “We are seeing growing interest and confidence in these projects, demonstrating that industrial development delivers a promising and steady investment opportunity. The demand for industrial space across the U.S. outside city centers continues to surge, and the Denver metro market is where it’s at now.”

CBRE’s Jeremy Ballenger, Jim Bolt, Tyler Carner and Jessica Ostermick brokered the sale and are serving as leasing advisers. Ware Malcomb served as the architect and Brinkmann Constructors as general contractor for the 202,000-sf build-to-suit distribution center. Intergroup Architects served as the architect for the 160,000- sf and 130,000-sf properties, with Murray & Stafford as general contractor.

“Highfield Business Park has grown into one of the best business parks in Denver and is a premier southeast metro industrial offering that combines Class A space with a superior location. The park is exceptionally accessible, located just south of Centennial Airport at E-470 and I-25, providing tenants convenient access to the region’s growing population,” said Ballenger.

Confluent and Bradbury began their partnership in 2016 with the Highfield Building 5 project, then marking the fifth development within the business park. Now the partnership achieved full build-out of the business park by developing the remaining 52 acres at the property, originally one of the Bradbury family’s wheat farmland parcels.

“There is no doubt my family was fortunate to have been able to partner with best-in-industry talent with the individuals involved from Confluent and CBRE,” said Tom Bradbury, president at Bradbury Properties. “It has been a remarkable four-year period where we have delivered 800,000 square feet in six buildings. The outside world won’t believe this, but there hasn’t been one minute of posturing or difficult negotiating inside our joint venture from day one.

“Both Brinkmann and Murray & Stafford did a phenomenal job at managing these jobsites,” he added. “In today’s climate, it’s a tremendous feat to finish a project on time with no permanent job-site shutdowns, even with added social distancing and enhanced safety measures that have been put into effect.”