Turning the Building Boom into a Vibrant, Lasting City 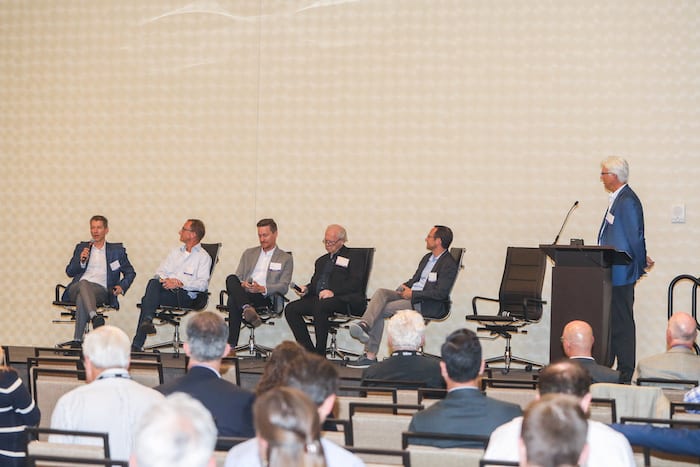 BUILDING DIALOGUE: In the Details

How do we create a better city through design? A few weeks ago, that was the question presented to a panel of leading architects at the Building Dialogue/CREJ 2019 Development & Design Conference and Expo. What did they ask? What did they find? Can design build a better city? Fortunately, Andy Rockmore, with whom I have had the pleasure of working for the past six years, was part of the panel “Thought Leadership, Architects’ Perspective,” so I was able to sit down with him and discuss his perspective. 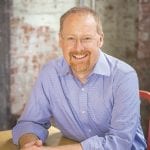 Over the past 25 years, Andy has worked on projects that have clearly impacted the city — from pedestrian bridges to schools to the creation of over 6,000 multifamily residential units. Currently, Shears Adkins Rockmore, where Andy is a principal, is leading the design of dozens of buildings and several miles worth of master planning around the Front Range, from Denver International Airport to Mile High Stadium. But for this column, I asked Andy to put down his tracing paper and pen and to leverage that accumulated passion and perspective to look into Denver’s future as a bourgeoning metropolis. Spoiler alert: Designing a great city ain’t easy and you can’t do it alone, but the path to urban success might be rather straightforward.

BAROS: First, can you set the stage and summarize the discussion; what were the architects’ perspectives on thought leadership?

ROCKMORE: The panel really focused on how Denver has changed over the past few decades and how that change has impacted everyone. That growth and change has helped local developers understand the value of density and, frankly, the value that private development can bring to the public realm. The past 10 years have made it clear that it is no longer good enough to build a project that focuses on its own little island of influence. Architects, developers and city leaders increasingly recognize that the most successful projects are those which bring value to the community as a whole by actively engaging and interacting with their neighborhood contexts. The Dairy Block in Denver and PearlWest in Boulder are great examples of not just existing in a city but contributing to a city and maximizing a site’s value through connection and integration.

One big change, a sort of reversal from the past, is that as Denver gets more dense, we are also getting more diverse as a city. People do not just come here for our climate anymore; they are coming for the cultural vibe of our city, our lifestyle and our values. People are not moving downtown just because someone built the square footage there; they are moving for a sense of place, strengthened through density and diversity.

BAROS: Is there something that stood out in the discussion, a memorable moment?

ROCKMORE: One of the most memorable moments was a point brought up in the middle of the conversation which I strongly disagree with. We all know that Denver’s significant growth has resulted in a broad range of quality in our built environment. However, one of the panelists suggested that perhaps it is a good thing some of the poorly designed and built projects might fall apart sooner rather than later so that we will not have to live with them for long. We referred to these in the conference as “single-generation buildings.”

I categorically reject that notion. I do not think we should ever be happy or thankful for a building’s poor quality in any regard. Buildings must be enduring in order for cities to be enduring. And above all else, what an incredibly inefficient use of our diminishing environmental resources it is to make buildings that will not withstand time.

BAROS: What do you think is leading to this short-term driver to the way we build our city?

ROCKMORE: One of our greatest challenges has been exacerbated by Denver’s massive growth spurt – a stressed labor market with dramatically increased construction costs. This has made it extremely difficult to afford to build a condo project which would allow people to buy into and own a little piece of the city. Without building condos and opportunities for ownership, it is like you are “renting the city,” which affects our future greatly. People who are renting are not invested in the same way as owners, so if you do not have the opportunity to buy and be a part of the city, you are forced to be transient; you are a spectator.

This problem of “single-generation buildings” is not just happening out of a lack of attention or care. Architects and builders certainly want to build enduring buildings and contribute to the legacy of our city but have also been faced with a changing financial landscape over this same 10 to 20 years. The institutional capital funding many of these projects is motivated to behave a little bit like the renters who will ultimately live in them. Whereas developers were once mostly local and mostly building for the communities they were a part of, institutional capital, the likes of which this city is flush with today, is incentivized to build the least expensive deal possible to help earn their returns more quickly. This in turn places architects into a sort of middle role between the equity and the community at the same time struggling to make lasting places for a lower cost. Not everyone understands this city, so it is easy to see buildings as simply an investment vehicle and not realize their role in shaping the future of Denver. They are building high yield financial streams rather than an enduring piece of architecture that will impact the long-term value of the entire market.

BAROS: So it sounds like the panel talked a lot about how we got here and where we’ve been. But what about if we look forward? To borrow a phrase from former Denver Mayor Peña, what do you see when you ‘Imagine a Great City?’

ROCKMORE: We need more ownership, more people truly invested, especially those moving to Denver to be able to put down roots. We need schools in the city, not just around the city, but anchoring our denser communities, because what we really need is for residents to be able to raise a family within the city. We need a critical mass of density in the right places. We need affordable housing! And when we talk about diversity, we need to also talk about different ages, kids and families, and income levels because an enduring city is not just a city for young, mountain-loving single people.

BAROS: Sounds like a complex multifaceted problem; do you think there is a solution out there?

ROCKMORE: Public policy is a big part of the solution. Denver is raising its standards so investors will be required to build higher-performing, lasting buildings. Because of the green building ordinance (which came as an outflow of the green roof referendum), it is getting harder and harder to build bad buildings from a performance standpoint, but we need to raise the standards even higher to include more in our definition of sustainable.

Design is not how you can use pretty materials, or expensive materials. Architects more than ever have a role to play in making sure that buildings are designed to build sustainable communities. That was probably the biggest take away: This is not about architects needing to solve the problem alone, or policy, or blaming people. Design, or good design, is not just an architect’s responsibility, it is everyone’s responsibility. This is a complex, multifaceted problem which requires a complex multifaceted solution. It is incumbent on developers, market capital, the city (Denverites), public policy makers and architects to create a great city, not just design great buildings. We need everyone to work together to create the environment where great design can organically happen.

Denver has an opportunity to build off of the density that has already occurred around transit to layer in the schools, parks and public places, which will allow the next layer of density and diversity. We have seeded the density with a few more “superficial” buildings than we would all like; now we need to root it with a stronger next layer – schools, libraries, parks and condos.

We have the beginning. The next layer is not that complicated. We need the condos and schools and workforce housing that expands the diversity and range of activity and roots the work we have all done. We need to fill in the gaps in the city and the gaps in the diversity to turn this building boom into a more vibrant, lasting city. Hopefully, once we have that layer of public infrastructure, it will become less advantageous to build buildings that are perceived as short-term structures for short-term gains. We’ll have more buildings built with enduring materials to provide long-term community value.