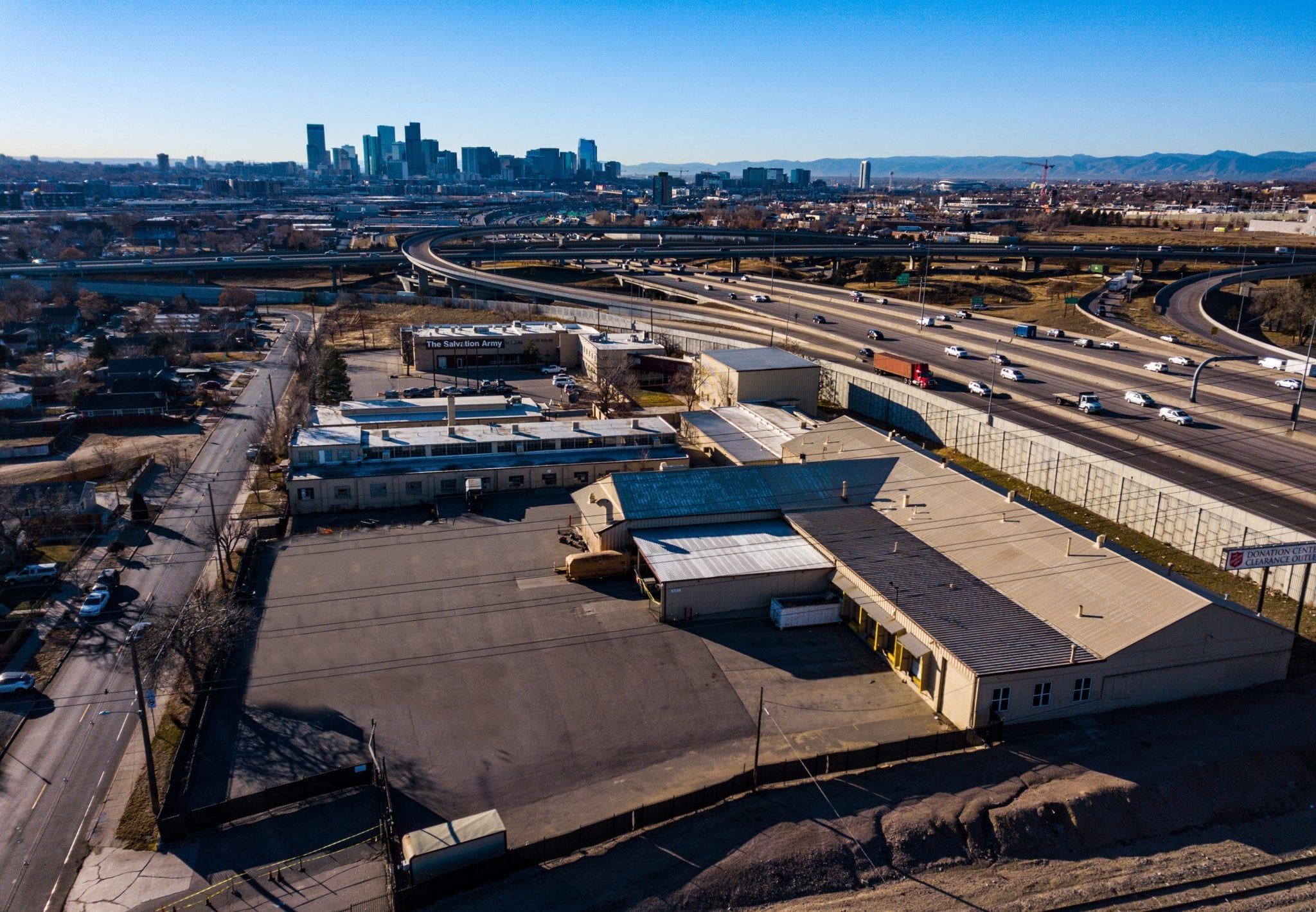 The property, built in the 1960s, is located 20 blocks north of downtown Denver and close to the River North neighborhood.

A longstanding flex property in Globeville sold to a buyer experienced in redevelopment.

Wolf | Stutz Investments, headed by developers Ken Wolf and Ari Stutz, whose prior projects have included redevelopments in the River North and Clayton neighborhoods, purchased the former Salvation Army facility at 4751 Broadway in Denver.

It paid $6 million for the 4.7-acre infill site, which comprises 85,453 square feet of existing warehouse, dormitory and office buildings.

Drew McManus, Bryan Fry and Ryan Searle of Cushman & Wakefield Denver represented the seller, The Salvation Army, in the sale of the vacant facility.

“As developable land becomes more scarce in RiNo, developers have looked to Globeville for opportunities given the improving health of the South Platte River, turning Brighton Boulevard into an inviting gateway to downtown, reconstructing Interstate 70 in a way that better connects the neighborhoods with business, delivering more accessibility with new commuter and light-rail stations, implementing neighborhood revitalization plans and partnering with the National Western Stock Show to create a year-round destination. 4751 Broadway is a leading example of what’s to come for the rebirth of Denver’s Globeville neighborhood,” said McManus.

The buyer’s immediate plans will be to offer shorter-term – one-to three-year – lease opportunities at the property, which features exposed brick and timber construction that provides an “industrial chic” appearance.

The property, built in the 1960s, is located 20 blocks north of downtown Denver and close to the River North neighborhood, also has signage and visibility to Interstates 70 and 25.