W Aspen and the Sky Residences Looks to Future, Respects Past 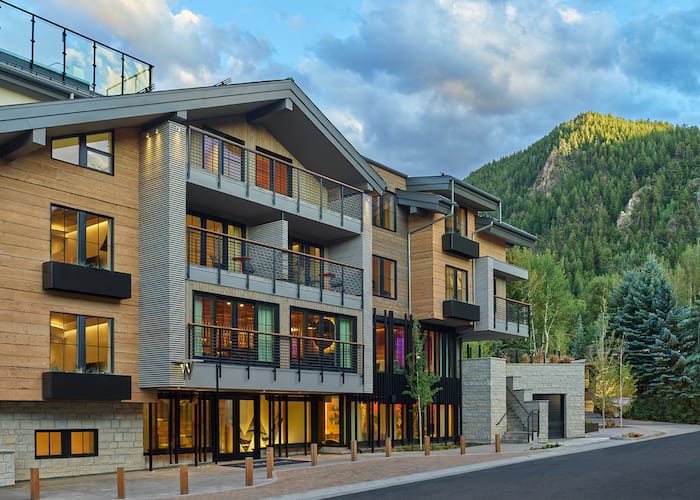 The W Aspen features a modern interpretation of a traditional ski chalet. Courtesy

Designing the first new-build boutique hotel in Aspen in over 20 years, and W Hotel’s only alpine resort in the United States, came with singular challenges. Not only did it need to respect and enhance its surroundings, but also it needed to appeal to the next generation of global travelers while maintaining the spirit of the longstanding locals-favorite hotel it was replacing. 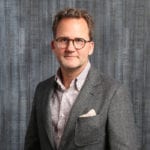 Working closely with hotel ownership, Northridge Capital, and the development team, and collaborating with the W brand’s in-house design team, we embarked on a five-year design-build process and ultimately completed all phases of architecture.

Located at the base of Aspen Mountain, the 126,000-square-foot W Aspen and the Sky Residences at W Aspen consists of 88 guest rooms and suites, and 11 residences. The overarching design goal of building on Aspen’s rich history and skiing heritage inspired a look back at the 1940s-1960s. During that time, a significant number of ski chalets were infused in the Aspen fabric by WWII 10th Mountain Division soldiers who, upon their return to former training grounds near Aspen, brought the architectural character they witnessed while fighting in the European Alps.

Noting how, in recent decades, these chalets fell out of favor and were replaced with new developments, our design team envisioned a modern interpretation of a traditional chalet. This was expressed via the specification of traditional materials, low-pitched rooflines, deep overhangs, and modern railings and wood slats that organize balcony volumes. 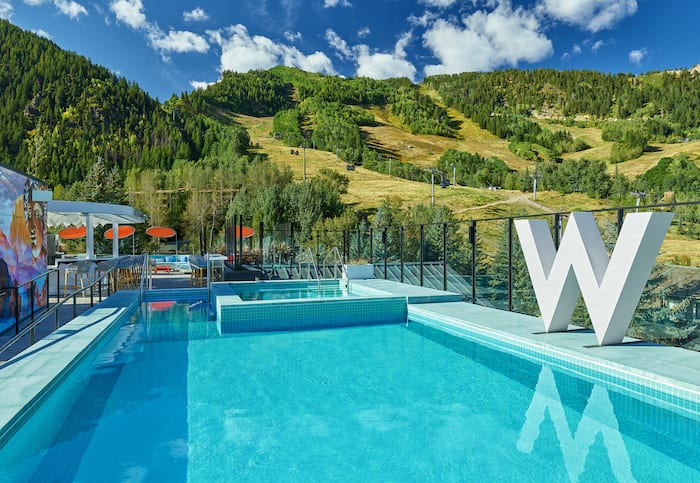 A variety of public spaces narrate how the energy of the day culminates in the hotel’s après-ski venue. Courtesy Jason Dewey

Another important design goal was curating a venue with a youthful, hip vibe. Ownership and the design team enjoyed crafting a variety of public spaces and narrating how the energy of the day would culminate in the après-ski venue. The heart of the property is The Living Room, a sophisticated alpine drinks and dining space that flows onto a 1,600-sf landscaped terrace. As après kicks into gear, guests venture up to the 9,700-sf, all-weather public rooftop WET® Deck, featuring a heated pool, hot tub, fire pits, cabanas, bar, dance floor, DJ booth, and panoramic views of Aspen. An intimate cocktail lounge, 39 Degrees, is nestled into a soundproof grotto underneath the terrace.

The biggest challenge the team confronted was Aspen’s intense entitlements process. Knowing that engaging the community early was critical, the team invited neighbors and other members of the public to open houses to review the design, ask questions and comment. Throughout the approvals process and public outreach, the design was adapted to resolve community concerns.

Another significant challenge was working within Aspen’s stringent height restrictions. The program of the three-floor structure fit within the height limit with the exception of an elevator overrun tower servicing the roof deck. Without a feasible means of access, the rooftop venue would not be possible. This task was further complicated by the site’s subtle 6-foot slope in elevation.

After rigorous studies of how to creatively site the building and suppress the entry level to a reasonable elevation, the design team developed a scheme that broke the floor plates into two independent levels, allowing the building to step down with respect to the sloping grade. Along with generous corridor stairs connecting the diverging floor plates, the solution also positioned the elevator core precisely where the floor plates meet, allowing the elevators to meet ADA accessibility and housekeeping requirements. To further enhance the chalet roofline character, the design team also cleverly disguised the rooftop deck by depressing it down into the roofline. This allowed the roof itself to serve as a parapet to define the rooftop deck perimeter.

From the day W Aspen opened, it has surpassed its intentions.

“The Rowland+Broughton team went over and beyond to deliver an outstanding project, in a prominent location at the base of Aspen Mountain, that respects the historical context of the community,” noted W Aspen Co-Developer John Sarpa. A comment from a longtime local Aspenite was even more rewarding. “Thank you so much for how you designed the W hotel,” she shared. “Because of your architecture, I still get to see the mountain every day and enjoy my town.”

Published in the September 2020 issue of Building Dialogue.