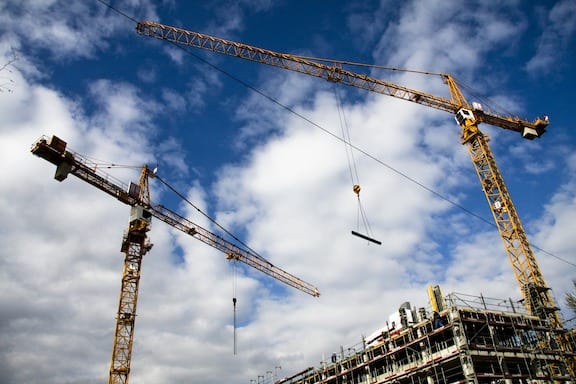 Most of 2018’s biggest developments were funded by out-of-state investors and sponsors. 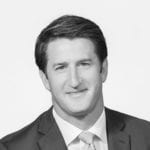 RiNo development. An affiliate of Sterling Bay, perhaps the Midwest’s most prolific developer, just closed on a small parcel in RiNo to bring its Federales restaurant concept to Denver. Knowing these guys, it won’t be long before they have a major presence here. McCaffrey, also based in Chicago, partnered with Houston-based Hines for an office development on Blake near the Hub. Australia’s Westfield owns 14 acres of previously industrial space at 38th and Brighton where a major entertainment development is under construction. New York City’s Mass Equities is developing 62,000 square feet of creative office space at 3060 Brighton. DC’s Edens recently purchased $50 million worth of retail and office space peppered throughout RiNo.

Platte Street development. The last two years has seen over 1 million sf of speculative office space built or in planning for Platte Street, between 15th and 18th streets. Although not completely dominated by out-of-state capital, Platte Street represents an interesting microcosm of the growing out-of-state influence on the market. Unico, Nichols Partnership and Trammell Crow Co. own or will be developing 80 percent of the street’s office. Dallas’s Crescent is building Platte 15, a 136,000-sf cross-laminated timber loft office and retail mecca. Goldman Sachs just recapped Unico’s portfolio there, including Circa.

As a tenant on this street, and a resident of Lower Highlands 2 minutes away, I get why there is zero vacancy here, but it’s not your traditional office market. Amenities are limited, there is no parking, the restaurants are limited, it’s not super cool or hip like RiNo, and it’s a mile from Union Station and the central business district. But BP put its North American headquarters here, and you can’t get so much as 2 square feet at any other building besides WeWork (in exchange for $300). I think it showcases the strength of the general office market in Denver that Goldman Sachs and others want to be in this somewhat obscure pocket.

Multifamily investment sales. During the last cycle, investors based in either Colorado or California purchased nearly 70 percent of the multifamily units sold. Yet a shift has begun over the course of this cycle with the percentage sitting closer to 40 percent thanks to an influx of capital from New York, Chicago, Boston, etc., making its way to Denver for the first time. Equity Residential (Chicago) purchased over $375 million in multifamily, including the Radius and Skyhouse in Uptown and EVIVA in the Golden Triangle. Houston-based PMRG (since acquired/absorbed by Madison Marquette) and National Real Estate Advisors from Washington, D.C., both entered into the Denver metro with their joint venture development of The Confluence apartments. Texas developer PSW Real Estate expanded into the Denver market with its purchase of the 0.79-acre site at 2137 Glenarm Place for $3.75 million. PSW plans to break ground on a condo project there within the next two years. Last month, Virginia-based apartment developer AvalonBay Communities purchased 1185 26th St. in RiNo for $15 million. The 2.45-acre parcel takes up the entire block bounded by Lawrence, Arapahoe, 26th and 27th streets. AvalonBay made its way into the Denver market in 2017 after purchasing a 252-unit multifamily property in Lakewood, subsequently purchasing two additional apartment complexes in Littleton and Castle Rock. The RiNo project will be AvalonBay’s first ground-up development since the firm’s arrival in Denver. And, of course, Greystar, AMLI, Camden and Millcreek, all now with satellite offices here, have multiple projects under development.

JV equity. This cycle has seen new capital providers come in and existing groups grow their portfolios significantly. We don’t have clear numbers on the level of investment, but it is almost certainly over $1 billion in equity. Some of the notable equity groups are Starwood, Invesco, Oregon Pension, USAA, DRA and Bridge as well as Korean investors like Hana Financial, who partnered with Hyundai for the 1670 Broadway purchase.

With direct flights to international cities, comes international capital. Groups from Canada, Germany, South Korea and the United Kingdom have all acquired multifamily and office properties here since 2016. Companies headquartered outside the U.S. with properties in Denver, according to RCA, include: Artis REIT, Amazon, Aztec REIT, Bentall Kennedy, City Office REIT, Redstone Holdings, Triumph RE Investment Fund, Union and Vukota Capital Management. Since 2017, international investors have acquired just over 3,000 units, or about 6 percent of unit sales volume.