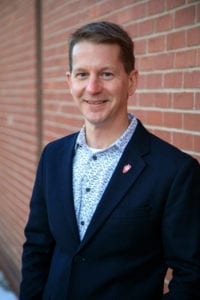 Waldinger served as the executive vice president at AIA Illinois – the fourth-largest AIA state chapter in the country – for 18 years.

During his tenure, Waldinger has authored and negotiated laws on architecture practice, project delivery, building codes and sustainability; built an emergency response network of architects who were deployed to help communities recover from natural disasters; launched a leadership development institute; and increased visibility of architects through lobby days, industry partnerships and local awards programs.

Additionally, Waldinger serves as a special consultant to the executive vice president and CEO at the national American Institute of Architects, and has received numerous national honors, including a Component Leadership Award, a Distinguished Service Award and a Richard Upjohn Fellowship. He also cofounded AEC Cares, an organization which extends free architecture and construction services to communities in need.