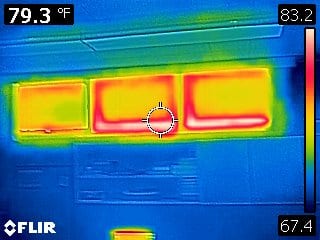 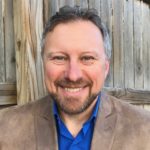 Have you heard the building codes news from the city of Denver? Denver will soon join the city of Fort Collins (which introduced air-tightness testing into its code in 2014) as a Colorado building jurisdiction that requires air-tightness testing of all new construction and major renovation projects. This means that when the city adopts the 2018 IECC energy code (scheduled to go into effect May 1) commercial and multifamily buildings are joining residential projects in requiring “blower door” testing to verify code compliance. The energy code to be adopted by the city doesn’t require water intrusion testing but there are numerous projects across Denver choosing to conduct water intrusion testing, in part, to reduce or eliminate air-leakage in the thermal envelope. An example of this is the 501.2 test, which requires spraying water at 30 pounds per square inch for at least one minute on windows and doors in commercial buildings under construction to identify leakage. This change came after nearly six months of meetings to review and amend the 2018 IECC and Alternative Green Building codes. I had the privilege of serving as one of 15 members of the 2018 IECC Amendments and Review committee and the Alternative Green Building committee where these revisions were made. The committees comprised city staff, including chief building official Scott Prisco, builders, architects, a developer and me as the engineering/energy-efficiency consultant.

Based on statements from city staff, this change to the building code is motivated by attractive economics for building owners and the city as a whole. In our meetings, there were conversations as to how these changes to the building code will impact the capitalization rate. The developer representative, as well as city staff, emphasized the new energy code, including the air-tightness requirement, will help drive down the cap rate for owners of commercial buildings and thus increasing property cash flow. In addition to helping the cash flow for individual projects, the city has stated on its Energize Denver website that, “… improving building energy efficiency [is a means] to protect Denver’s quality of life and strengthen the economy. Investing an estimated $340 million in improving building energy efficiency could result in 4,000 local jobs and $1.3 billion in energy savings over 10 years. The energy used in large buildings results in 57 percent of Denver’s harmful greenhouse gas emissions.” Energy-efficiency – including air tightness – is a significant means of reducing these emissions.

A 2014 study by the National Institute of Standards and Technology of more than 400 commercial buildings, 70 of which were built between 2004 and 2014, revealed that 71% of the buildings were leakier than the International Energy Conservation Code standard of less than/or equal to 0.4 cubic feet per minute per square foot of conditioned surface area at 75 Pascals. This resulted in an average of 55% more natural gas consumption and 28% more electricity consumption in these buildings in cool climates (Minneapolis and St. Louis) similar to Denver. 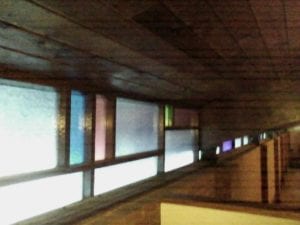 An additionally remarkable part of this data is that the projects built since 2004 were “required” to meet the IECC energy code air-tightness requirements, but in the case of the buildings in the study, were not required to be blower door tested. They only were required to have included a statement of intent to meet air-tightness requirements in the architectural plans for their buildings.

Using the numbers above, a typical 40,000-sf office building in Denver would see between $3,000 to $3,500 per year saved in utility bill costs from the improved air-tightness after fixing issues identified during blower door testing. There are also additional benefits from passing, or exceeding, code air tightness:

• Quieter – Reduced noise from outside (because sound travels on air).

• Productivity – Employee’s performance and their overall enjoyment of being in the office increases because it is not hot, cold or too noisy.

In conclusion, Denver, Fort Collins and other building jurisdictions across Colorado are moving forward to require that builders not only plan more air-tight buildings, but that these important improvements must be proven via blower door testing.

The article was updated Aug. 24 regarding water intrusion testing in the new city code.