Amid warning signs, recession is not imminent 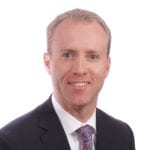 The U.S. economy reached its longest expansion phase in history in July, and Denver arguably has benefitted as much as any metro area in the country.

Dubbed 2018’s best economy in the nation, Denver’s office market has bloomed since the last recession as rental rates have reached historical highs and the market has experienced positive net absorption for eight consecutive quarters.

Despite the strong fundamentals of the metro area, investors have grown increasingly wary of a coming recession as studies suggest that three-quarters of economists anticipate the United States will be in some sort of recession by 2021. Philosopher George Santayana famously said, “Those who cannot remember the past are condemned to repeat it.” The commercial real estate industry has maintained a very strong memory from the Great Recession, yet many investors still feel condemned to repeat 2008.

First, consider the most recent major U.S. recessions and the attributable causes. In the mid- to late ‘90s, the internet was exploding. The new technology was unlike anything the average person had ever seen, and as a result, no one knew how to properly value these new “dot-com” stocks. Internet based companies were popping up everywhere and headlines focused on those that went public. As a result, investors began to ignore basic investment principles in favor of assuming every internet-based company would follow suit and was virtually guaranteed success.

Share price relative to company earnings became wildly inflated as excessive optimism became foolishly unrealistic. By 2000, the “dot-com bubble” had burst as many of these fledgling companies began to go bankrupt, crashing the stock market and leading to trillions of dollars lost and widespread layoffs. Per Santayana’s advice, if we had learned the lesson that universally moving in one direction should be a cause for concern, future recessions may have been prevented.

The more recent financial crisis of 2008 was nearly a decade later but was the result of policies enacted around the same period. The Gramm-Leach-Bliley Act of 1999 dissolved the wall between financial institutions that focused on lending from institutions focused on investing, practices that had not been allowed at the same bank since the Depression. Banks now had permission to utilize the mortgages they were offering to borrowers as mortgage-backed securities for investors. Ironically, these were considered largely risk-free investments; the bank would sell a mortgage or group of mortgages to a hedge fund, which would in turn sell it to investors, who were insured against default through credit default swaps.

As demand continued to grow for these securities, the bank was incentivized to give mortgages to just about anyone and eventually gave interest-only loans. The rates of these subprime mortgages increased after a certain period, and these increased rates coincided with declining home prices as a housing construction boom driven by the increased supply created by interest-only loans finally outpaced demand.

Subprime mortgage holders were now trapped in houses they could not afford, that were not even worth the value of the mortgage anymore. Banks and investors that believed they were insulated by credit default swaps found their insurers could not cover the massive default volume around the country. This led to government bailouts, bankruptcies and failures among major insurers and mortgage institutions, and, eventually, a stock market crash in 2008. Again, an entire industry universally went in one bullish direction, only to then create a downturn.

Several key factors make Denver one of the better economies in the nation. Denver metro’s population has steadily risen over the past five years with an increase of 8.3%. Although this growth is anticipated to slow to 5.8% over the next five years, that still more than doubles the anticipated average growth nationwide of 2.7%.

Furthermore, Denver had the largest increase in millennial population on a percentage basis across the country from 2011 to 2016, as the millennial population increased 18.7%. Jobs increased by 15.7% (1.6 million) from 2013 to 2018 across metro Denver, and Denver’s 2.9% unemployment at the end of June 2019 was well below the national average of 3.7%.

Denver’s economy has long diversified. Especially notable is the influence of Western tech companies entering the metro area as workers in tech fields now represent 10.3% of Colorado’s workforce, an increase of 2.5% from a year ago. In 2018 alone, Denver welcomed Apple, Facebook, Slack and Amazon to new locations around the city. This year, 2U has expanded its space by 91,000 sf, and Salesforce and Checkr are both closing in on large leases expected to be finalized by year’s end. All in all, there are no obvious signs of a recession in Denver.

With our local market strength, why should we be concerned? Why prepare for a slowdown?

Rising unemployment is an obvious sign of a downturn, and although national unemployment remains low at 3.7%, hiring has slowed by nearly a quarter compared to this point in 2018. Large purchases are also considered key indicators of economic health, and car and home sales were down 2% through the first half of 2019. While this is a small dip, the domino effect can be more pronounced as the auto industry is a major employer and new homes need appliances, furniture, energy and more expenditures.

The stock market also has been volatile recently, a sign of turmoil and a cause for declining consumer confidence. The global economy has shown signs of slowing as well, amplified by tariffs between China and the U.S., and global bond yields shrinking by the day.

This can become a spiraling cycle as consumers become more frugal in the face of a possible recession, which leads to less spending, which leads to a slower economy, which can lead to rising unemployment, etc.

It is our opinion that we have been operating in a responsible economy during this recent run-up. The commercial real estate industry has been displaying discipline and careful risk assessment. Lending practices are conservative. What is it that we are so certain of as an economy that could lead to a recession? What actions or thoughts will lead us down that dark path?

Our only conclusion is that our memory of the past is too vivid. The market universally believes we are heading for a recession, which may in fact be the self-fulfilling prophecy that leads us there.