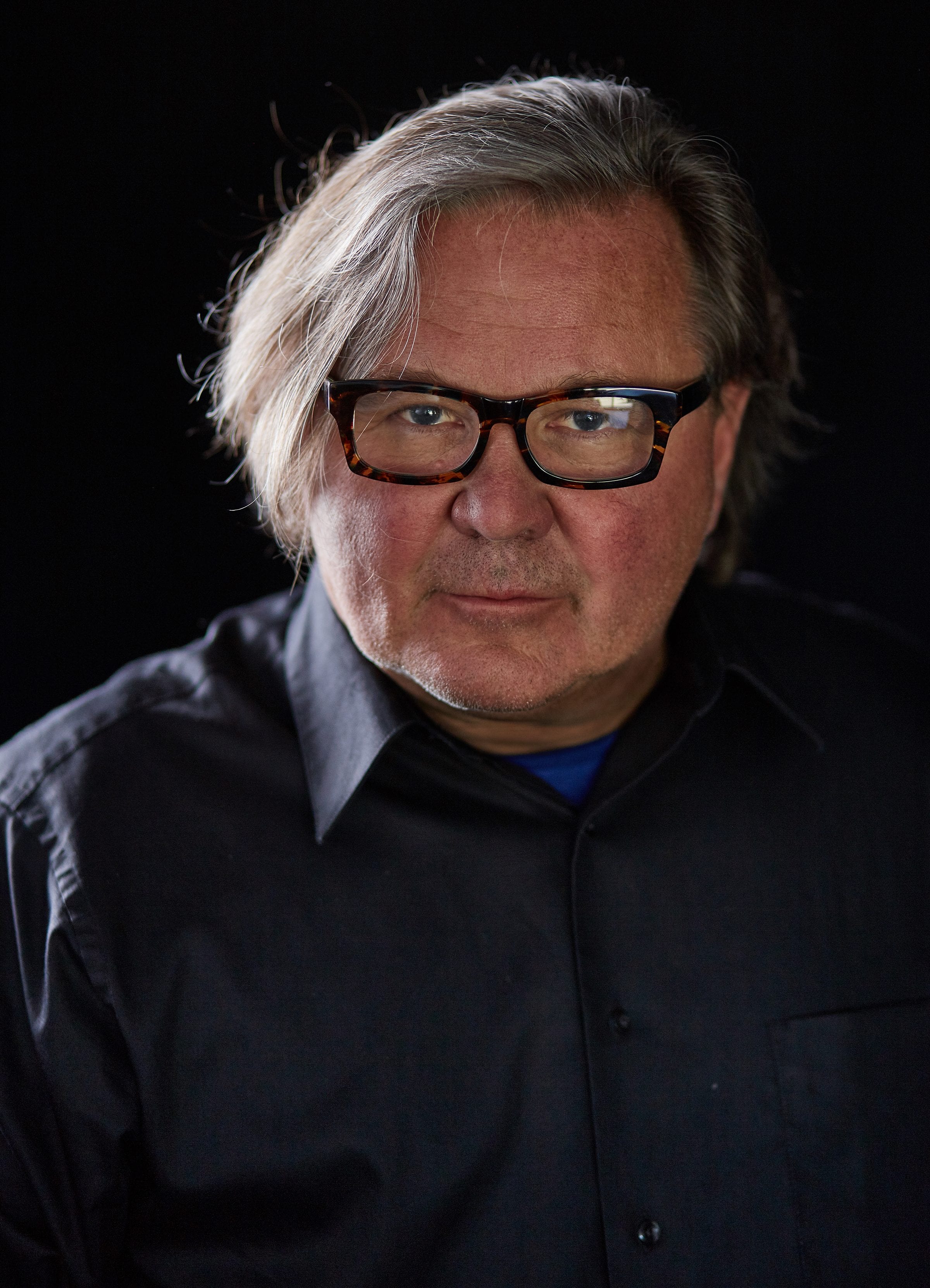 Architect Stephen Dynia has designed a number of buildings in TAXI for Mickey and Kyle Zeppelin.

Even as a child, Stephen Dynia, the architect responsible for a number of award-winning buildings in Taxi and other buildings in RiNo, showed promise that he would eventually design and reshape buildings and space for a living.

For example, where others would see a dining room table, Dynia would see the potential for the space underneath the table.

“Forts, clubhouses. Anything you could imagine with space, give me some blankets and pillows and I would build it,” he said.

“I think with a child it is how you deal with the world spatially,” Dynia said.

“Architects are very spatially sensitive. That is, architects have the ability to turn two dimensions into three dimensions in their minds,” Dynia said.

His passion for architecture and design really began to take root in high school.

During the 1970s, his high school integrated a real work environment with the classroom.

Through that program, he began working for Warren Platner, an architect and furniture designer who had worked with legendary architects such as Raymond Loewy, Eero Saarinen and I.M. Pei.

“I did everything,” recalled the 60-year-old Dynia.

Early on, he would drive the company van to its projects in New York City. Later, he became involved in their elaborate and detailed model making. He remembers one large model of the Windows on the World restaurant in the World Trade Center. That was a 50,000-square-foot restaurant on the 107th floor, providing magnificent views from huge windows of the skyline of Manhattan.

“It was a very exciting place to work,” Dynia said. “You had access to a lot of very creative and talented people.”
He continued to work in the office after high school, saving money to attend architectural school.

He received a scholarship to the Rhode Island School of Design, a better school than he thought he could afford.

“That is a school that teaches architecture from an artist’s point of view,” Dynia said.

He had his sights set on working in New York City.

He did, joining Skidmore, Owings & Merrill, one of the world’s largest architectural firms, in 1984.

“That was sometimes an adventure, but SOM really was a firm kind of stuck in doing things in a certain way, which is good, in its own way,” he said.

“But I was really taught at the level of conceptual ideas and the beauty of art to make you see things differently,” Dynia said.

He worked out of SOM’s London office for a while, where he did some projects in Asia.

He really didn’t want to live outside the Big Apple, though.

“It was really great when New York was booming. It was an exciting and interesting place to be,” he said.

In one interview, he was quoted as saying it was a Mad Men environment.

“A little bit, maybe,” Dynia said. “We were on the 11th floor of the Daily News building and there was still smoking at our desks. “But we didn’t have bottles of scotch in our desk. At least not at my level.”

When the recession hit New York in the early ‘90s, there was less work for a big firm like SOM.

He also soon discovered that there was a corporate hierarchy and he did not excel at playing politics.

“What I wanted to excel at, design, was the antithesis of playing office politics,” he said.

“I had a very hard idea of figuring out what my next move should be,” he said.

He did not want to leave the energy and culture of New York City. SOM, at one point, offered him a job in San Francisco, “But I kept comparing other cities to New York and they came up short. New York was such a crazy benchmark that if a city did not have a the advantage of New York, I didn’t want to be there.”

Then, he discovered Jackson Hole, Wyoming, through a friend.

“It wasn’t something I expected, but I went there and thought it was extraordinary beautiful,” he aid.

“I was mesmerized by its beauty. It was just as exceptional as New York in a natural sense, as New York was in a built-environment sense.”

He had skied a bit back East, but that wasn’t a driving force to his move to Jackson Hole, after seven or eight years at SOM.

“I’m more motivated by the work that I do,” he said.

He didn’t really think he would stay in Jackson Hole for very long.

He miscalculated. He still has a thriving office there, almost 25 years later.

But he wasn’t an immediate hit.

The rich who owned property or vacationed in Jackson Hole felt they needed a log cabin, not the type of modern home he wanted to design.

However, Jackson Hole did have a foothold with modern architecture.

He was intrigued that Mies van der Rohe, one of the fathers of modern architecture, had designed a very modern home at the Snake River Ranch near Jackson Hole in the 1930s.

“But nobody was doing modern architecture,” 60 years later.

“The were building these Disney-esque log cabins. A frontier fantasy that I had no interest in.”

The challenge was and is to design a house that connected to the landscape.

“You had people who had paid $10 million for the land and as an architect your job was to have it connect to the land while protecting the environment,” he said.

Initially, he worked on a lot of additions in Jackson Hole, until he established himself as a modern architect.

After two or three years in Wyoming, he was hired to design a 7,800-sf house on a land that was breathtakingly beautiful even by Jackson Hole standards.

As an architect, he wanted to take advantage of the site to give the owner the best views.

“In a normal site, you might say, let’s put the garage here. Our dilemma was there were no bad views. The views were magnificent wherever you looked.”

It was a good problem to have.

That home was so well received he became established as the go-to architect for modern homes of glass, steel and concrete with clean lines.

During that time, he would often travel through Denver.

“For one thing, Denver had an international airport,” he noted.

He was designing a home in Boulder and became more interested in Denver.

About 10 years ago he was introduced to Mickey and Kyle Zeppelin, the father and son team that developed Taxi in RiNo.

Dynia’s first assignment in Taxi was the Freight building, which went on to win numerous architectural awards.

He has since worked on five different assignments with the Zeppelins, including another award-winner, The Source building, in RiNo, but not in Taxi.

He also is designing the Source Hotel planned next to The Source.

The Source, an 1880s brick foundry that has been converted into a public market for artisans and restaurants, has done more as a catalyst for RiNo than even Taxi, he believes.

“Taxi was the first, but it was kind of an island onto itself and self contained,” Dynia said.

“The Source is a very public building. It brought a lot of people to the area who had never heard of RiNo and didn’t really even know where it was,” he said.

Mickey and Kyle Zeppelin are great clients, he said.

“The Zeppelins are more bold than a lot of other developers, who want to churn out safe, cookie-cutter projects,” Dynia said.

For example, at Freight, an industrial building re-purposed as collaborative office space, he and Kyle brain stormed and came up with the idea of using garage doors in all of the units, not just the ones facing the Platte River on the old loading docks.

The Freight also incorporates glass panels from a hockey rink and salvaged bowling alley floors for benches, tables and counters.

Asked if he has spent so much time with Mickey and Kyle, if he could finish their sentences, he laughed.

“I would never be so presumptuous,” he said.

“But I will tell you that we all want to make the world a better place and they expect more out of me than other clients. They make me more innovative.”

It’s also important that projects come in within or under the budget.

“Believe me, no one hands you a blank check,” Dynia said.

In other words, architects can’t be artists in front of a blank canvas, who follow their muse.

“Architecture is a combination of art, science and business,” Dynia said.

“All three of those things go hand-in-hand,” he said.

He is keenly aware that the project has to pencil out.

He knows that first-hand. He once developed a project in Jackson Hole, but when the economy changed, he had to rezone it for an entirely different use.

Asked to step back from his own work and what the Zeppelins are accomplishing, the Colorado Real Estate Journal asked him if taking a macro view, what does he think of the design of many new buildings, especially apartments?

Point blank, does he think many of them are ugly?

“I think there are things out there that are ugly,” Dynia said.

At the same time, he doesn’t want to be a “drive by” judge of many of the new buildings sprouting up in Denver.

“I look at some buildings and I think they are lost opportunities,” Dynia said.

Some large developers don’t want to take risk with the design and are more comfortable with turning out buildings that have shown to be profitable investments, he said.

“And it’s not just Denver. That is happening in New York City, too,” he said.

Also, not every building has to sport an eye-catching design.

“There is nothing wrong with background buildings,” Dynia said.

“What I have really come to appreciate about Denver is it really is where the endless plains, the endless flatlands, kind of meet the mountains. I take inspiration from both.”

He currently is in talks to do a number of projects in RiNo, he said.

He does goes back to Jackson Hole on a regular basis to meet with clients.

“These days, you can work from anywhere, of course, but it is still important to have face-to-face time with clients,” he said.

When he is not working, more and more, he and his longtime girlfriend, Ahita Ardalan, who was born in Tehran and once danced in the Paris Opera Ballet, are discovering all of the cultural aspects of Denver.

Denver’s Performing Arts Center, for example, is the second largest in the U.S., after the Kennedy Center in New York.

“We love the theater, we love opera, we love jazz.”

They also love to travel and in recent years have been to Cuba, Moscow and China, among other places.

He also owns some classic cars from the 1960s, including a VW Beetle and two Corvairs.

While he still likes to visit New York City, he no longer thinks it is the only place he can truly be happy, professionally and personally.