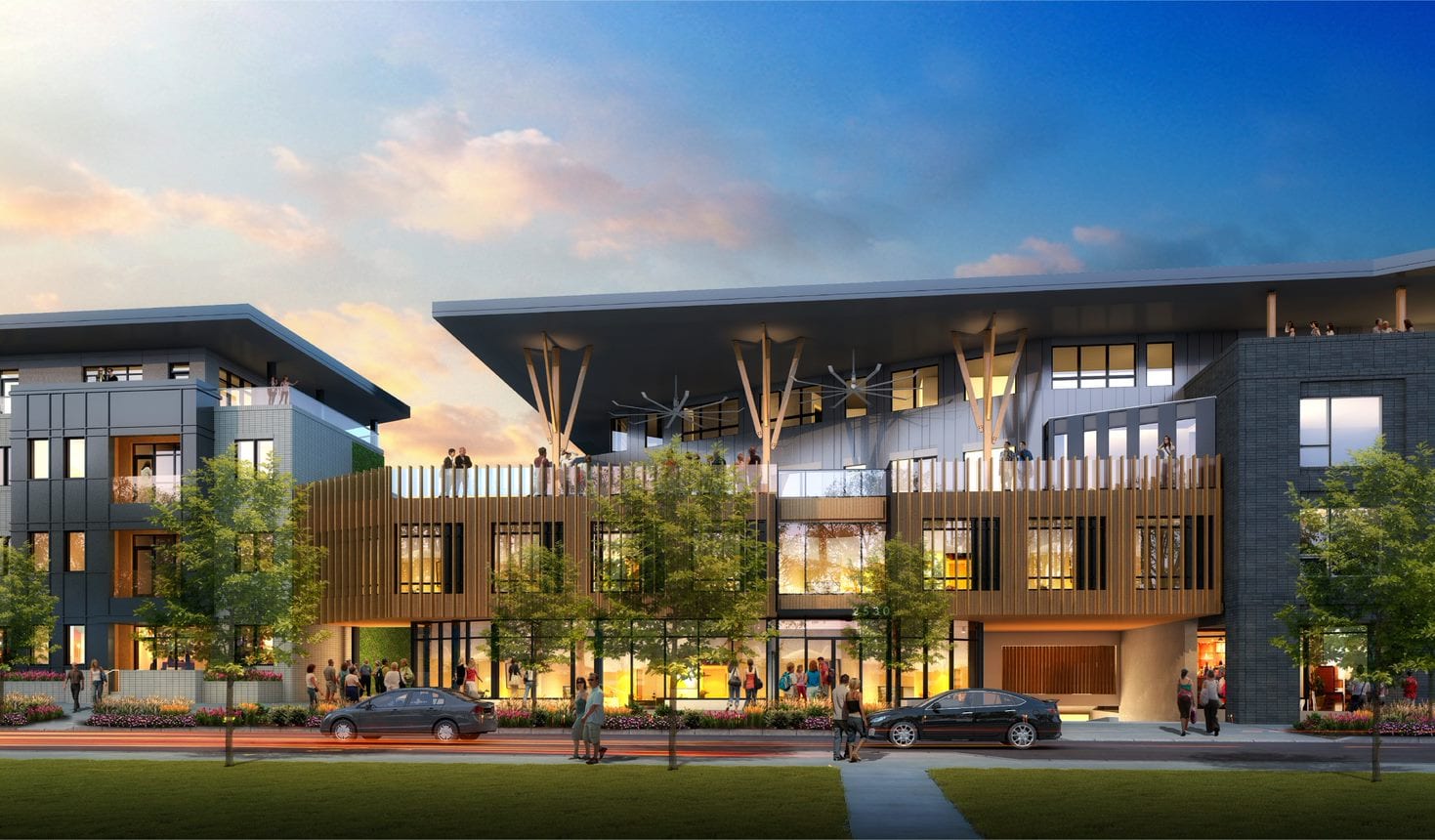 The next phase of Boulder Commons will include a 50,000-square-foot office building with ground-floor retail and a large, two-story deck, plus a 45,000-sf apartment building.

One of the largest multitenant net-zero-energy developments in the country will begin to grow early next year as Morgan Creek Ventures starts the second and final phase of Boulder Commons.

In addition to more office and retail space, the next phase will include a 45,000-square-foot net-zero apartment building with 38 units.

“We’ve been wanting to develop a highly sustainable multifamily project for a number of years, and it seems like a really good fit across from the apartments at S’Park. So, both sides of the street will be residential,” said Andy Bush, Morgan Creek Ventures founder and principal.

Boulder Commons is a key piece of the Boulder Junction transit-oriented development at Pearl Parkway and Junction Place, catty-corner from Google’s Boulder campus. The first phase, with 100,000 sf of office space and ground-floor retail in two buildings, represents Colorado’s first private net-zero commercial development. It is 78 percent leased to tenants including Rocky Mountain Institute, Lathrop Gage, CoreLogic and others. 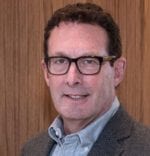 “Given the success we’ve had here, we’re very excited to get started early next year on the second phase,” said Bush, who anticipates similar users for the new 50,000-sf office building, which will have ground-floor retail.

“We like building long-term assets that we can hold … Office seemed to be a product that was missing in this part of the market, and people were very receptive.” Plus, “There are a number of companies that are interested in locating close to Google because they have some kind of business relationship,” he said.

Phase 2 will be located directly north of the existing buildings, on the former Airgas site. In order to acquire the property, Morgan Creek developed a build-to-suit for Airgas in Dacono.

Boulder Commons’ new buildings will employ the same methods of achieving zero net energy consumption as Phase 1, with some updates.

“The thing that’s consistent in all of the buildings that we do to try to achieve high performance, or net-zero, is first a really good building envelope. What that means is it’s highly insulated. It has a very low air-infiltration rate – and we use really good windows,” said Bush.

Windows being explored for the residential building have an R-value of 12, the equivalent, Bush said, to what used to be the standard insulation value for a wall. The office building will have a half-dozen solar-producing, yet transparent, windows.

Variable refrigerant flow HVAC systems; LED lighting; and “very sophisticated” control systems for lighting, and heating and cooling are incorporated. “Then we put as much solar energy production in the building as we can find,” said Bush. “That includes both solar on all the roof surfaces that aren’t decks and, in the case of this building (the existing 2440 Junction Place), a vertical wall on the southeast-facing side.”

Heating, cooling and lighting control systems in the second phase will be even more sophisticated. On the residential side, for instance, each room will have its own thermostat, integrated with smartphone technology, and once mapping technology catches up, every room could adjust automatically.

“What we’re finding is that things like your phone, with Google Maps that now tell you how far you are away from home or your office, pretty soon will be turning on your heating and cooling system and lighting based on where you are. So, your phone will communicate with your home automation system, and it will let it know that you’re heading home and, please, cool it down or warm it up. And you’ll know who’s heading home, so it will know what temperature they like their bedroom versus someone who might like it at a different temperature,” he said, adding that technology is “probably a year or two away.”

The apartment building, a high-end product with upgraded finishes and fixtures, a “beautiful lobby” and courtyard, also will use cross-laminated timber, an engineered solid-wood product. “It’s a beautiful material. It sequesters carbon, so it’s environmentally friendly, it’s renewable, and finally it actually weighs less than steel, so we can build lighter foundations and save money on the foundations of the building,” Bush commented.

Bush said development costs for Boulder Commons’ first phase were comparable with other commercial buildings, demonstrating the value of high-performance construction. “Our goal is to create a market rate return similar to other folks in the market – to at least REITs and other institutional firms – and ultimately demonstrate to the institutional real estate market that this is a better long-term investment and can create equal or better returns over time than traditional buildings.”

The new office building will feature an approximately 7,000-sf, two-story deck facing west over the neighborhood to the mountains. Jeremy Kroner, Erik Abrahamson and Joe Faller of CBRE Inc. are handling leasing.

Boulder-based Coburn Architecture, and EHDD and Huntsman Architectural Group in San Francisco are the architects for Boulder Commons. Mortenson Construction built the first phase, and the developer is in the process of selecting a general contractor for the second phase. Construction is anticipated to begin in the first quarter and take about 13 months to complete.