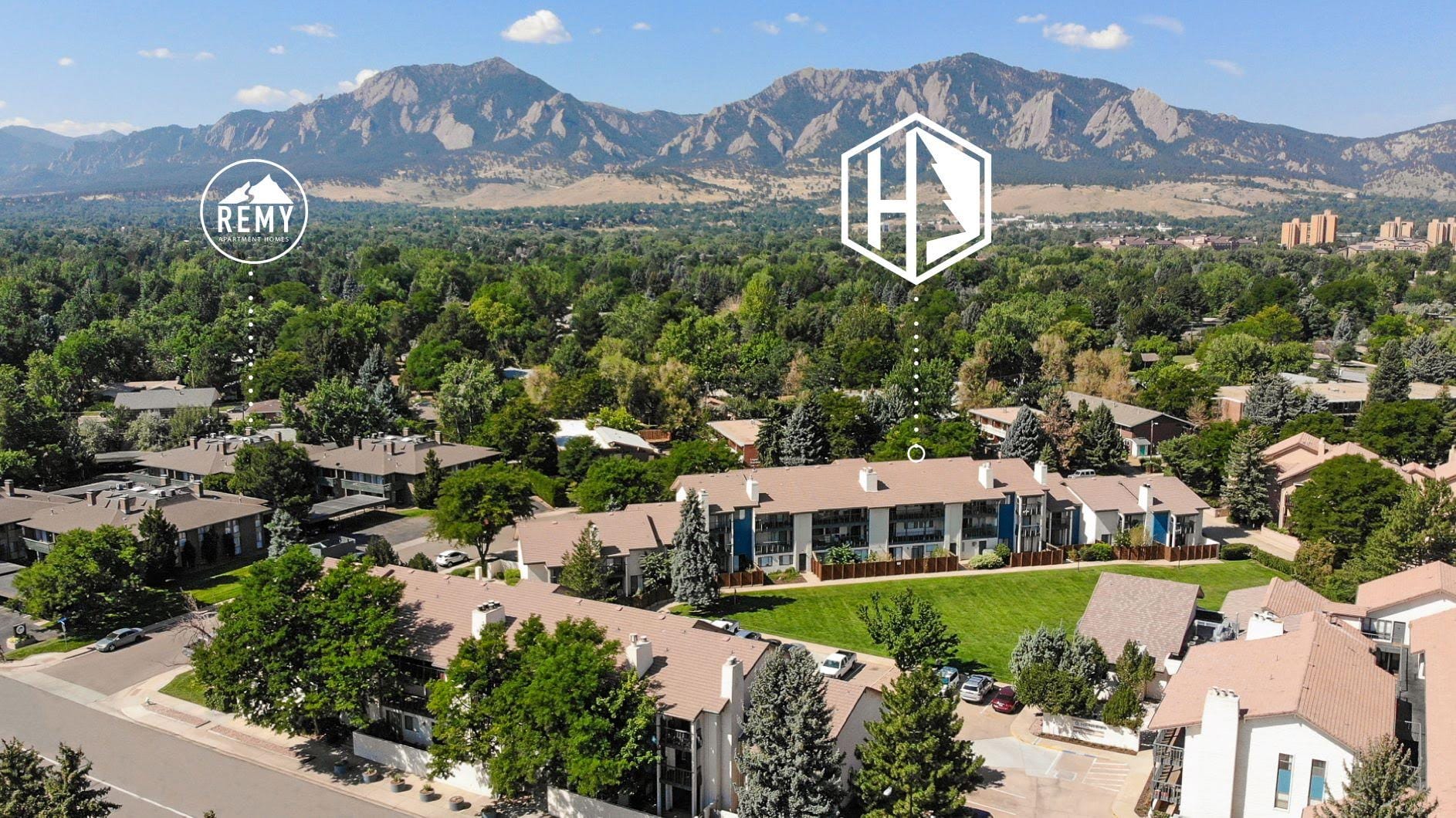 The Henley & Remy residential community in Boulder is under new local ownership, following a record-breaking sale.

Henley & Remy, a multibuilding residential community in Boulder, traded hands in a record-breaking sale following the seller’s complete repositioning of the asset.

A Denver-based investor purchased the 82-unit multifamily asset located at 635 and 565 Mohawk Drive from seller Pathfinder Partners for $32.3 million. Andy Hellman, Justin Hunt and Katie Hufnagel of Newmark represented the seller. The buyer was unrepresented.

The property had been two separate assets up until 2012. Henley, formerly known as Villa Del Prado, was a 50-unit community built in 1974, and Remy, formerly known as The Chateau, was a separate 32-unit community across the street, which was built in 1968. Given their proximity to one another, Hellman said it became apparent that both properties would benefit from becoming one large community so that they could share ownership and resident amenities.

In 2017, the seller purchased the asset with plans to completely reposition it, not only with physical renovations but also from an operational standpoint as well.

“One of the biggest steps in creating a sense of synergy between the two properties was the seller’s redraft of the access agreements at the Henley to include Remy residents,” Hellman said. “Before the seller’s negotiation of the agreement, the residents at the Remy were not able to use any of the amenities, which are relatively ample.

“On top of that, it took an outdated property, that was full of potential, and brought it up to modern standards,” Hellman added. “The seller started by updating the community amenities, including the clubhouse, indoor pool, yoga studio and fitness center. It then started a large-scale renovation of all the units, bringing in new countertops and flooring as well as modern kitchen appliances. It finished by improving the buildings’ exteriors, with new paint and monument signage.”

Following the nearly $2 million capital improvement plan, Hellman said the property was ready to be listed for sale in August. However, before it was marketed, the buyer approached the seller with an offer it couldn’t refuse.

Hellman said the buyer is familiar with the Boulder market, having other long-term holds in the area, and it felt this property had great upside potential. The buyer’s optimism surrounding the Boulder market is validated by recent Newmark Research that shows Boulder is one of the tightest multifamily markets in the country, with the highest gross rents in metro Denver and year-over-year rent growth that has averaged 10% over the past three years.

At the time of the sale, the property was 91% occupied. Hellman said the buyer plans to finish any remaining unit improvements and fully stabilize the property for long-term success.