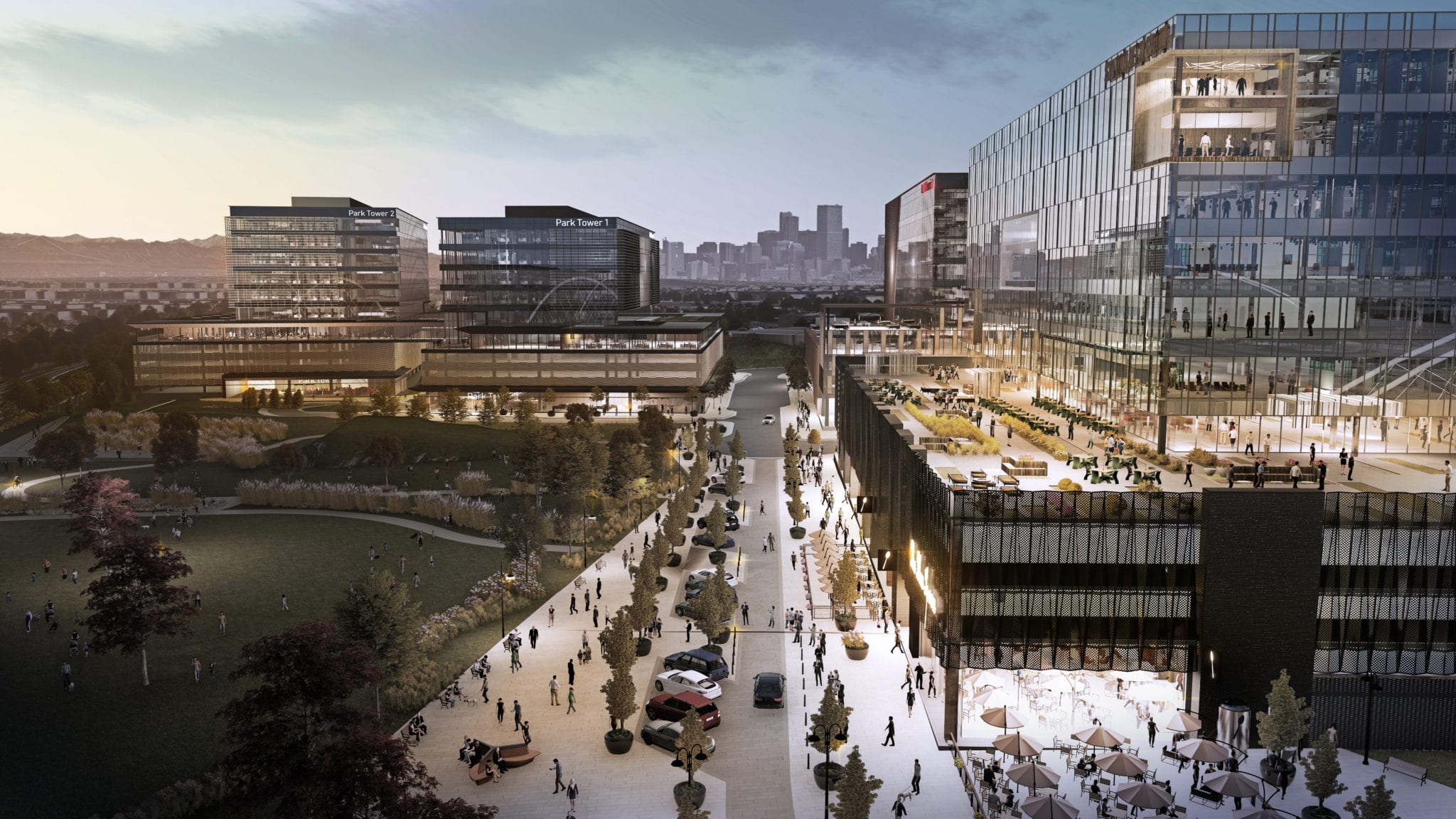 Santa Fe Yards will be located along Santa Fe Drive next to the Broadway Station light-rail station and bus stop.

A developer of corporate build-to-suit office campuses is positioned to create up to 1 million square feet of Class A office space on approximately 9 acres at Broadway Station.

“KDC has been fortunate to develop major office projects incorporated into transitoriented, mixed-use developments,” said Chris Selbo, KDC vice president of development. “We believe Santa Fe Yards at Broadway Station is one of the top headquarters sites in the country. It features everything corporate America looks for in a work environment, including adjacent mixed-use amenities, convenient site access via the highway and light rail, and building signage opportunities fronting the highway. When you add in the stunning mountain views and park frontage, the site is in a league of its own.”

“Our company believes that Santa Fe Yards is the premier site for a corporate campus, and we are looking forward to our venture with KDC to bring a major office tenant to this site,” said Rocky Mountain, managing member of Broadway Station Partners.

KDC works with a large portfolio of corporate clients to design office environments that fit each company’s needs, said Selbo.

“The plan for this project is to wait until we have a tenant to begin construction so they can provide input on the design. We don’t necessarily need one user to take the entire 1 million square feet. It could end up being three to four companies utilizing the available space,” he said.

KDC has a national team focused on finding the best locations for corporate clients. Locally, Doug Wulf and Brian Hutt of Cushman & Wakefield will be marketing Santa Fe Yards.

Buildings potentially could be up to 11 stories in height.

Santa Fe Yards is within an approximately five-minute walk of the recently announced Gates District at Broadway Station, a 10-acre development that will include 887 residential units, 380,000 sf of office space, and 180,000 sf of retail and restaurant space across five buildings.

KDC currently is developing mixed-use office projects including Pier 202 outside Phoenix, Park Heritage in Dallas, Aureum in Nashville and Parkline in San Antonio. The company developed a FedEx office project in Colorado Springs in 2001. Santa Fe Yards will be its first project in Denver.