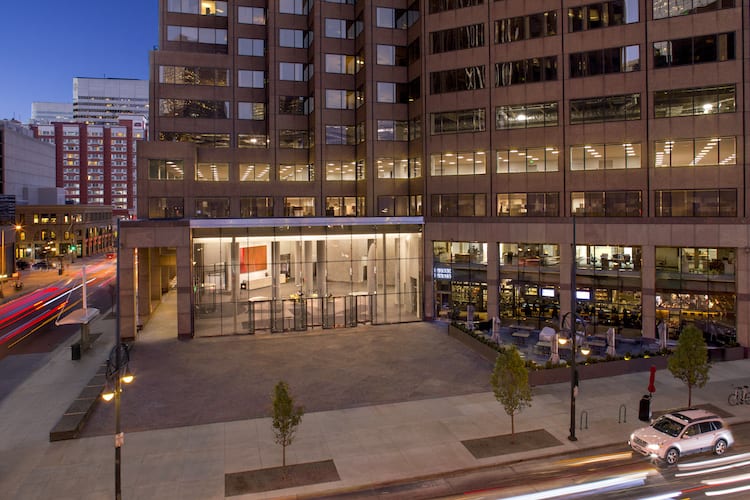 PNC Realty Investors Inc., on behalf of the AFL-CIO Building Investment Trust, was the buyer. Brookfield retained 49 percent interest in the asset.

The 1.3 million-square-foot building is valued at approximately $560 million. The acquisition price for the office space equated to about $426 per sf.

At 54 stories, 1801 California is Denver’s second-tallest, and second-largest, office tower downtown, behind Republic Plaza. It was built in 1983.

Brookfield bought the building, the former Qwest’s world headquarters, for $215 million in late 2011. It spent in excess of $50 million transforming it into a Class AA building at a time when no new office buildings were under construction in downtown Denver. The building features an impressive plaza entry with a two-story lobby finished in Italian marble and floor-to-ceiling glass.

Large blocks of space that CenturyLink vacated following its merger with Qwest have been leased up, bringing the building to 95 percent occupancy. Tenants at 1801 California include Transamerica, which occupies about 149,000 sf; SendGrid, an approximately 108,000-sf tenant; Molson Coors, which has 90,000 sf; and Healthgrades, which occupies approximately 85,000 sf. Guard and Grace restaurant, with a large outdoor patio at the plaza entry, and Ink! Coffee are on the first level.

Neither Brookfield nor PNC representatives returned calls about the transaction.