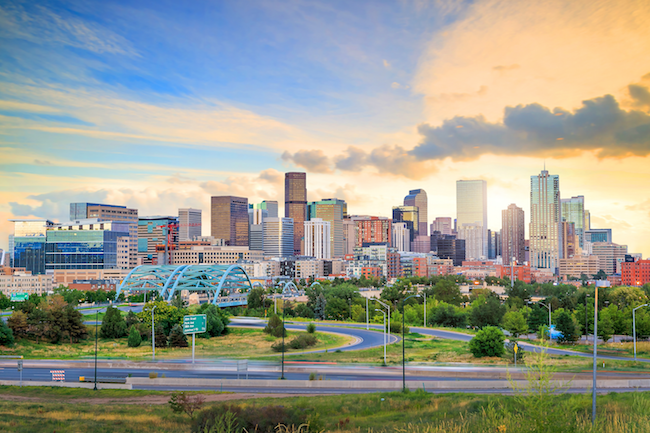 This was the cover photo of a national report by Brookings that ranked Denver No. 1 over a decade in a prosperity report.

Denver stands alone in a national prosperity index, which includes improvement in racial inclusion, over a decade.

“As a result, only one metro area – Denver – posted across-the-board improvements in all four areas,” the report continues.

Inclusion indicators measure the benefits of growth and prosperity in a metropolitan economy. Specifically, inclusion measures how employment and income are distributed among people. The same inclusion indicators are also used to assess differences in outcomes by race and ethnicity.

The inclusion by race/ethnicity indicators measure the absolute difference between the estimates for each group on each inclusion indicator (median wage, relative income poverty rate and employment rate).

The decade Brookings tracked included the start of the Great Recession to well into the rebound.

Some reports ranked Denver as the first area to recover from the nationwide downturn. The Denver-Aurora-Lakewood metro area was ranked 6 out of 100 for growth during the decade by Brookings.

From 2007-2017, Denver booked an 18 percent increase in jobs. And Denver’s Gross Metropolitan Product grew by 26.7 percent. The percentage change in jobs at young firms rose by 11.3 percent during that 10-year period, according to Brookings.

Indeed, the technology boom was a big contributor to the economic health of Denver and other metro areas, according to Brookings.

“The list of fastest-growing metro areas over the 10-year period includes many tech hubs that have also grown quickly in the last year (e.g., Austin, San Jose, and Seattle), as well as Dallas, Denver, Raleigh, N.C., and San Francisco,” according to the Brookings report.

Despite being the solo MSA to show improvements in all of the categories during the decade, Denver didn’t rank No. 1 in any single category.

In fact, in all but one category, Denver ranked better for the entire decade than it did in the most recent one-year period in which data was available. 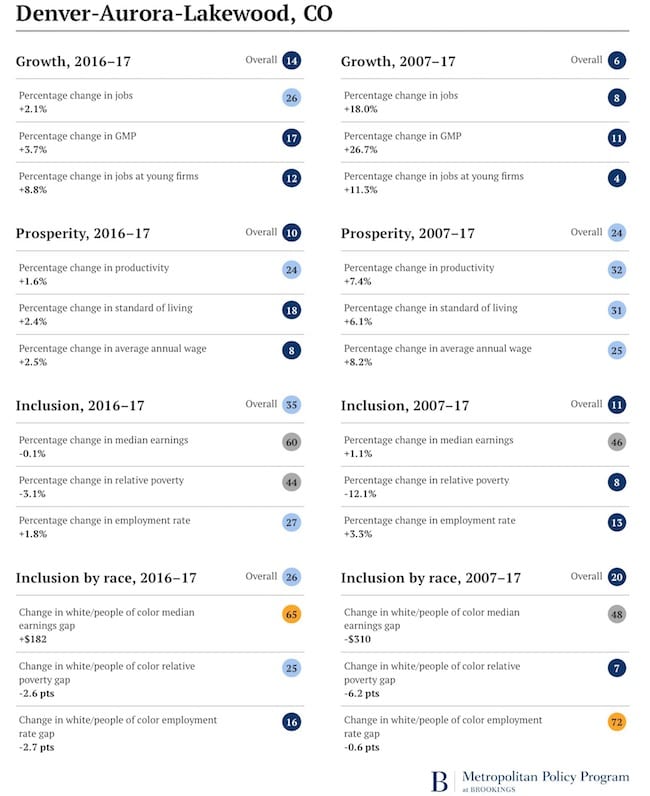