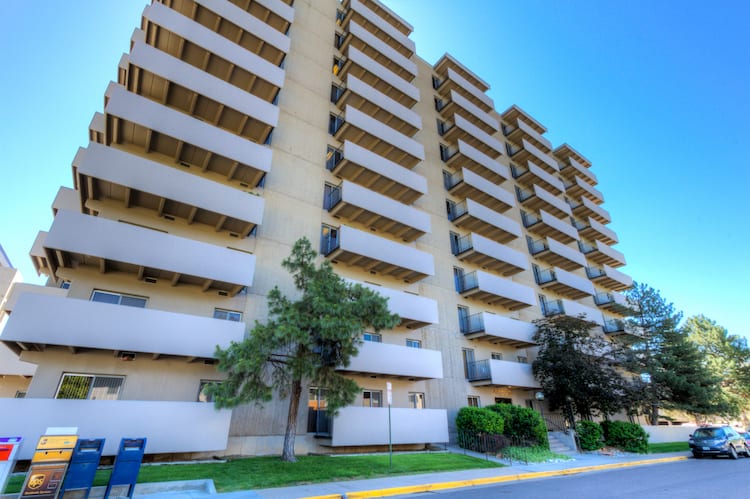 The Executive Club was built by apartment developer Roland Wilson.

A local investor saw opportunity in an 11-story office building that isn’t as it appears.

Jackson Office LLC paid $9 million for The Executive Club at 1776 S. Jackson St., at the northwest corner of Colorado Boulevard and Interstate 25. The 119,700-square-foot building was built by an apartment developer, and it looks like apartments.

“It was probably one of the only office buildings in town that had a full-size pool, a steam room and a Jacuzzi,” said Patrick Henry, executive vice president at Unique Properties Inc.-TCN Worldwide. Developer Roland Wilson, who built numerous apartment buildings around town, including several on the other side of Colorado Boulevard, designed the building to be a cut above the competition. It was completed in 1971.

“He really wanted it to be a lifestyle office center. Every unit has balconies, and all the west-facing corner units, believe it or not, have wood-burning fireplaces,” Henry said.

“Immediately, right out of the shoot, we had a lot of apartment guys that wanted to convert the property,” said Henry, who worked as transaction broker on the deal. “Everyone thought it was an apartment building at one point, so I probably had five or six offers from people who wanted to convert it to what they thought was the original use. But it was really difficult to convert due to HVAC and plumbing , the way the building was built. It was built as a traditional office building,” he said.

The Executive Club was 83 percent occupied at the time of the sale. There are 97 tenants, all small, local companies.

“The buyer felt there was an opportunity to bring the majority of the rents to market, fix it up and manage it in a different way than the seller managed it,” said Henry.

The building was constructed of precast concrete It has 158 covered garage parking spaces and a surface lot with an additional 169 spaces.