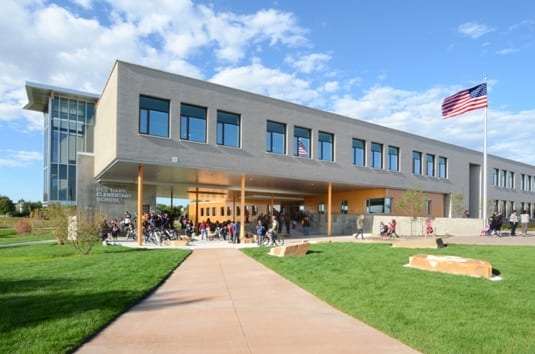 As early as 1993, the U.S. Office of the Budget concluded that American human capital was of more value to the United States than physical assets and land value combined. Paradoxically, the educational infrastructure in place to develop America’s human capital for the future – the schools and classrooms across the country – has struggled to achieve the funding necessary to update and replace environments conducive to learning in the 21st century. This combination begs the question, “What is the return on investment for funding improvements to educational facilities, and what does the United States risk losing by not improving the structures in which its children learn?”

In the last several years, there has been significant discussion of how to best educate children, and a plethora of educational delivery models have emerged. However, the condition of the building in which that education is being delivered is frequently not discussed. The Government Accountability Office has reported that school districts across the nation have underspent on maintenance by a combined $270 billion. A 2014 National Center for Education Statistics study of the condition of America’s public school facilities also noted that “53 percent of public schools need to spend money on repairs, renovations and modernization to put the schools’ on-site buildings into good overall condition,” meaning the roofs, structure, exterior walls, windows, doors, interior finishes, plumbing, HVAC systems, ventilation, electrical and lighting systems, energy management systems, life safety features and security systems that comprise schools are often inadequate. Other challenges for school districts include having insufficient space per child, the presence of materials that are hazardous and/or promote the spread of disease, inadequate accessible bathroom facilities, acoustics that unsatisfactorily enable students to hear and understand instruction and insufficient electrical and data infrastructure for a modern education.

This is self-evident – most people would acknowledge that it is difficult to learn in stuffy spaces that are too dark or not a comfortable temperature. Yet day after day many students and staff are required to function in such environments without adequate financial support to improve their condition.”

These inadequate environments affect students’ ability to learn. A 2015 study from the University of Salford, Manchester suggests that as much as 16 percent of the progress made in the classroom across the academic year is directly tied to the quality of the environment alone. The classroom itself and its natural light, temperature, air quality, appropriate stimulation, and ownership and flexibility play a significant role in the learning process. This is self-evident – most people would acknowledge that it is difficult to learn in stuffy spaces that are too dark or not a comfortable temperature. Yet day after day many students and staff are required to function in such environments without adequate financial support to improve their condition.

The dollars spent on education often provide a significantly better return on investment than traditional investment options, however. In 2012, the Economic Policy Institute reported “rigorous research has demonstrated that investments in both educational facilities and in providing high-quality prekindergarten education would yield extraordinary returns.” For example, a study based in California (Cellini, Ferreira and Rothstein, 2010) indicated that referendums passed to improve school facilities resulted in the willingness of marginal homebuyers to spend $1.50 for every $1 of investment. From a different perspective, economist and Nobel Laureate James Heckman argues that targeted high-quality early education programs and facilities result in a 12:1 benefit to program cost ratio for society as a whole by reducing crime and abuse costs for the same population later in life. Further, 50 percent of U.S. mayors surveyed in 2015 indicated their city would experience more economic growth if they had access to a more educated workforce, far exceeding other options like better infrastructure and less restrictive zoning laws.

But what if we went beyond good enough to create educational spaces that are truly inspiring? What if the quality of our community’s school buildings symbolized the value we place on raising future generations to lead our country and a place that staff, students and parents want to be? These intangible benefits would lead to tangible results, like reducing rampant absenteeism in our schools, attracting and retaining more qualified staff and enhancing the quality of our communities. “I never teach my pupils, I only provide the conditions in which they can learn,” Albert Einstein claimed. As a people, we must take a hard look at the condition of our schools and decide if we’ve given our children the “conditions in which they can learn” – recognizing that great school buildings are an investment in the human capital of our country with returns that benefit academic progress, community value and quality of life for all.