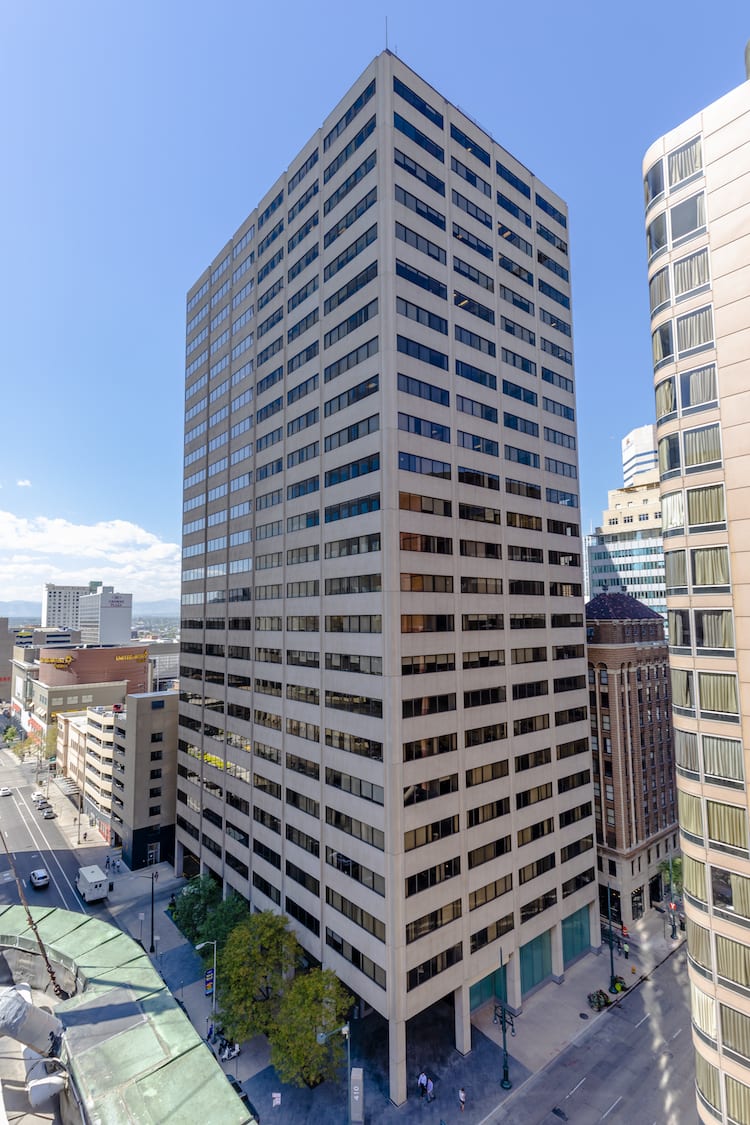 Denver’s central business district racked up back-to-back $120 million-plus office sales, including the largest deal to close to date in 2019.

Interest in the 436,000-square-foot building “ran the gamut,” including groups that own or have owned assets in Denver, along with investors new to the market, Merrion said.

Seller Ivanhoé Cambridge invested in capital improvements to the building, and Rialto Capital Management will pick up where it left off. “The buyer is going to have some plans for a repositioning of the building, so I think that will be exciting to watch,” Merrion commented.

The 24-story tower was approximately 80% occupied at the time of the sale. Law firm Brownstein Hyatt Farber Schreck is the anchor tenant with about 110,000 sf. Bonanza Creek Energy occupies 60,000 sf.

The 22-story, approximately 598,000-sf building at 1560 Broadway is a block from the state Capitol and has a conference center, deli, showers and lockers, and on-site parking garage.

The Department of Regulatory Agencies is the largest of several state agencies that occupy about half of the building. Other large tenants include the Regional Transportation District, Stantec, Tetra Tech and Sheridan Ross.

Beacon Capital was the buyer of 1700 Broadway. Canada-based Artis REIT sold the property in an off-market deal.

One of the original downtown high-rises, built in 1956, the 394,151-sf building was repositioned under Artis’ stewardship.

Offering the highest parking ratio in the vicinity at 2.1 spaces per 1,000 sf, 1700 Broadway has a bridge connecting it to Wells Fargo Center, which Beacon Capital also owns. The office building was 92 percent occupied at the time of the sale; however, Whiting Petroleum Corp., a 220,000-sf tenant, is downsizing and moving into the Wells Fargo Center in the fourth quarter.