CBRE: Nearly half of new office space is preleased

It used to be that tenants wanted to see an office building before they signed a lease, but that appears to be changing.

Almost half, 47.3 percent, of the 5 million square feet of office space being developed in Denver as of the first quarter is preleased, according to CBRE Research. Most of the space, 4.3 million sf, is speculative development.

“If you look back at the stats over all time in Denver, you almost could say, ‘Forget everthing that happened before 2005’ because it’s just not relevant to the way this city works anymore,” said Chris Phenicie, a senior vice president with CBRE Advisory & Transaction Services in Denver. “We have all of these people living downtown, we have Union Station open, we have a much broader base of tenancy in the downtown market, particularly with all the tech people coming in. So, I would say it’s kind of the new normal. 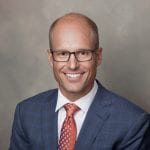 “Literally new groups every single week of the year are saying, ‘Boy, we should really consider Denver for some type of relocation or expansion,’” said Phenicie.

The 235,000-square-foot Dairy Block mixed-use building in downtown Denver, delivered during the first quarter with about 109,000 sf of its office space preleased, including 60,000 sf to Prologis. Pending leases are expected to take leasing to about 89 percent. Union Tower West delivered 102,300 sf of office space. Husch Blackwell and Bartlit Beck Herman Palenchar & Scott signed on as major tenants prior to completion.

The largest buildings under construction in the southeast submarket are Village Center Station II, with 306,000 sf to be occupied by Charter Communications, and Granite Place at Village Center, which will have 299,702 sf and is rumored to have significant activity. Downtown, Hines is completing the 661,000-sf 1144 Fifteenth building, with Gates Corp. and Optive taking about a third of the space.

In general, downtown tends to have greater preleasing success than the larger southeast suburban submarket because much of its development tends to be in the “path of progress,” said Phenicie.

“People are excited about a new location, a new opportunity – that’s where all the energy is moving to,” he said. While infill buildings like 1144 Fifteenth can draw tenants because the product is “extraordinary,” Phenicie said, “In general, I think the Union Station, RiNo, LoDo, Platte Street phenomena – that’s all path of progress excitement. People are quick to jump on that bandwagon because they can belong to the next wave of what’s happening.

Transit-oriented development sites, both downtown and in the southeast suburban submarket, tend to be successful in preleasing, as are “niche” sites such as the Golden Triangle, RiNo and Platte Street. BP’s Lower 48 leased 86,054 sf of Trammell Crow’s Riverview at 1700 Platte, saying the building, under construction, will reflect its aspirations to be innovative and future-minded.

New construction is driving rents to all-time highs, with the average office lease rate reaching $26.31 per sf full service gross, according to CBRE Research. Average lease rates for new Class A product downtown are $30 to $35 per sf triple net, with triple-net expenses ranging anywhere from $15 to $25 per sf, depending on taxes, Phenicie said.

Interestingly, lease rates for new office spaces “are relatively equal” among downtown product, whether it’s a core downtown tower, midrise building in the Union Station neighborhood or a niche building on Platte Street or in RiNo, according to Phenicie.

That’s “because there’s a wide enough audience right now, and if people feel it really fits their goals of being able to attract and retain employees, have growth in that area and build on that whole culture, they’re going to pay for it because real estate is 2 to 7 percent of somebody’s cost of running their business. It’s so low on the list vs. employees that it’s worth paying for,” he commented.

Tenants can be choosier in the southeast and northwest markets, where rents for new Class A space range from around $35 to $42 full service.

The largest office building to break ground in the Denver market the first quarter was One DTC West, a Denver Tech Center building that is 60 percent preleased. Kentwood Real Estate, owned by one of its developers, is taking over a third of its 72,000 sf.

In its first-quarter MarketView report on the Denver office market, CBRE Research said new office supply will have “mixed impacts,” depending on location, with preleasing tending to be slower in suburban locations. It also said technology and business service tenants are rapidly absorbing new space and backfilling vacant oil and gas industry space.

Overall vacancy at the end of the quarter was 12.8 percent, up slightly due to 268,959 sf of negative absorption, but well below the cycle high of 15.6 percent in first-quarter 2011.

While Granite Place, 1144 Fifteenth, 16 Chestnut and other office buildings have yet to deliver, Phenicie said he isn’t worried about new supply.

“A lot of people are panicky that we’re going to have this glut. People forget that these are the logs on the fire that keep it going and it’s what makes new tenants come to town,” he said.