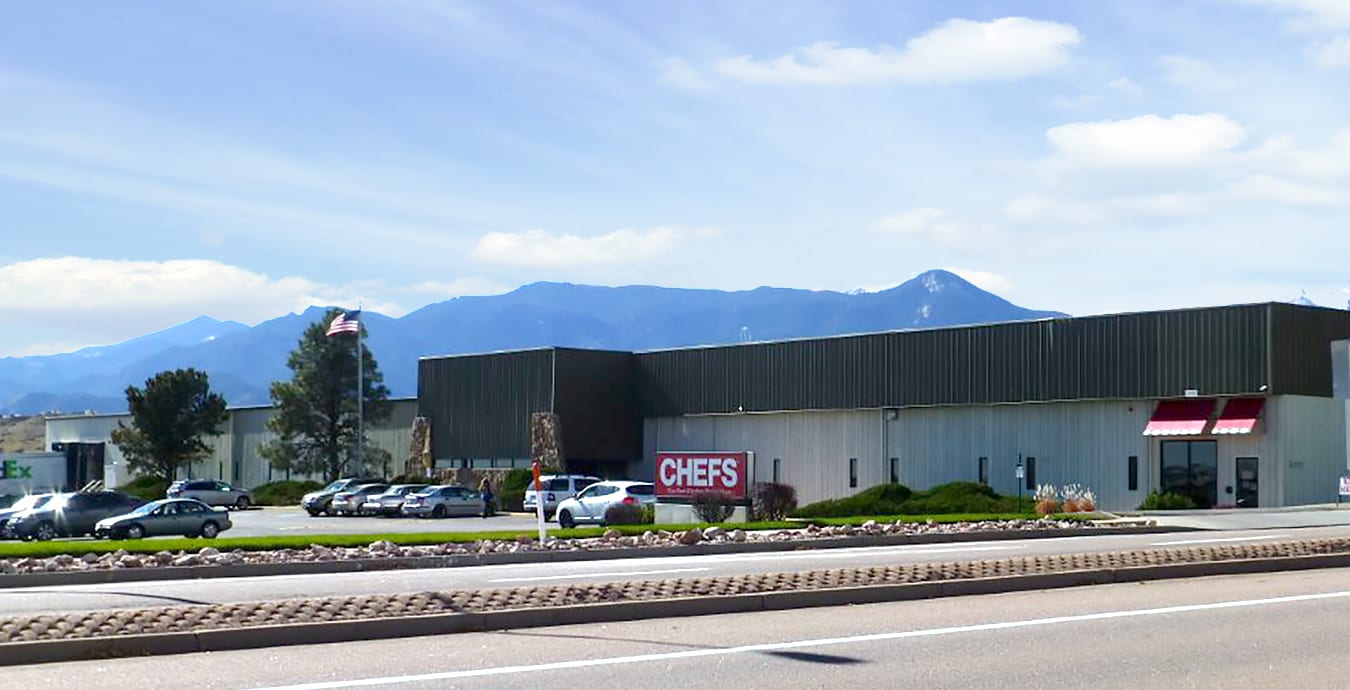 The two 75,000-sf buildings at 5050 and 5070 Centennial Blvd. in the Garden of the Gods submarket, purchased by owner users with operations in Colorado Springs, were vacant at the time of sale.

There are new cooks in the kitchen at a pair of Colorado Springs industrial buildings.

The two 75,000-sf buildings at 5050 and 5070 Centennial Blvd. in the Garden of the Gods submarket, purchased by owner users with operations in Colorado Springs, were vacant at the time of sale after Target, which acquired the cooking equipment retailer in 2013, shuttered the business earlier this year.

Target, however, was still leasing the property from seller Centennial Realty Partners, whose brokers negotiated a lease buy-out with Target to move forward on the sales transactions.

Both of the properties saw good interest, however, 5050 was particularly attractive because it comprises entirely warehouse space, noted Randy Dowis of NAI Highland.

A subsidiary of Atlantic Relocation, a national moving and storage company, which does a significant amount of U.S. Department of Defense work, paid $3.7 million, or 95 percent of asking price, for the building.

The transaction, Dowis noted, was a little unusual in that Atlantic had to get into the property “sooner than later” and couldn’t wait out a normal contract period as it needed immediate occupancy due to the roof caving in at its building. A short-term lease was inked by Atlantic for the building, constructed in 1984, before it acquired the facility.

The building at 5050 Centennial includes 18- to 22-foot ceiling heights and three dock doors and one drive-in door.

The 5070 Centennial building was purchased by a subsidiary of Samtec, an electronics manufacturing company with operations in Colorado Springs and headquartered in Indiana. It paid $4.02 million, or 97 percent of asking price, for the property.

The building includes 30,000 sf of office space. It was built in 1984. Dowis, Onstott and Engel also represented Centennial Realty Partners in the disposition. Scott Snow of Keller Williams Realty represented the buyer.

Additionally, a third, 60,000-sf building on the campus, never used by Chefs Catalog, currently is under contract.