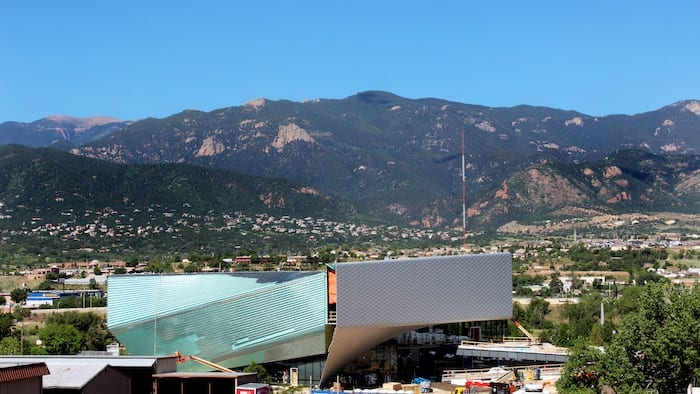 The U.S. Olympic Museum and Hall of Fame in downtown Colorado Springs 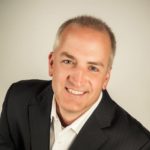 You’ve seen it in Denver – now it is happening in downtown Colorado Springs. An international attraction is opening soon, the U.S. Olympic Museum and Hall of Fame. A new downtown multiuse stadium anchored by professional soccer is beginning construction. Across the street from both is an 82-acre master-planned redevelopment including apartments, offices, retail and hotels. All of this is within a couple block walk.

In addition, just north of downtown, Colorado College will begin construction on its 3,000-seat NCAA D-1 hockey arena. The University of Colorado at Colorado Springs is completing its new Sports Medicine and Performance Center. Already, multiple downtown hotels and apartment communities are under construction in response to the $860 million in downtown projects that are planned. 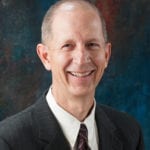 It is no secret how this plays out. Denver has witnessed the impact on a downtown transformed. These new developments are the seeds of a new and modern downtown at the heart of Colorado Springs. The resulting 4,000 to 5,000 apartments, townhomes and condominiums will attract 10,000 to 15,000 new residents to downtown. The entertainment, restaurants and services that follow will contribute to a reimagined experience for both visitors and residents. The energy and vibrancy will further the quality of life enjoyed by this community that attracts top jobs and talent. These benefits radiate beyond downtown into the greater metro area.

Forecast. Investor interest will continue to focus on Colorado Springs apartments due to all the dynamic market improvements. U.S. News and World Report ranks Colorado Springs the No. 3 best place to live. Colorado Spring’s rental rates remain affordable by comparison to Denver. Additionally, the average rent compared to median income still is reasonable in Colorado Springs compared with Denver. This has fueled population growth, in part, from people choosing to live in Colorado Springs, while commuting to Denver where salaries are significantly higher.

Economy, job and population growth. The UCCS Economic Forum forecasts that the gross metropolitan product will continue to grow faster than the national gross domestic product rate. The forum forecasts a growth rate of 2.8% in 2019 and 2.1% in 2020. Colorado Springs ranked in the top 25 percent for gross metropolitan product growth last year and local consumer sentiment remains higher than the national rate.

Colorado Springs is the fastest growing city for millennials based on tracking by the Brookings Institution and has the additional benefit of being one of the most educated regions in the country. The aforementioned healthy job growth and salary increases have large implications for all residential real estate, including multifamily.

United States Space Command. Should Colorado Springs be awarded the new U.S. Space Command headquarters, the UCCS Economic Forum forecasts there would be an estimated $500 million to $1 billion in military construction and approximately 1,500 new jobs.

Average apartment vacancy: 5.2% – two-year low. Apartment Insights reports the citywide average vacancy in apartments with 50 or more units decreased slightly during the third quarter to 5.2%. The trailing four-quarter average vacancy also decreased to 5.6%. The overall vacancy rate, including properties in lease-up, increased to 9.7% due to new construction. This is a 10-year high.

Colorado Springs average rents are considered affordable at $400 per month below the Denver average market rent of $1,530 per month.