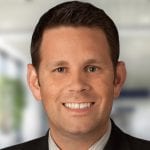 The Denver metropolitan area has faced a historic low in affordable housing, in particular the construction of new condominiums. Construction defect litigation has widely been accepted as a root cause for the near absence of new development. Colorado’s General Assembly wrestled with construction defect reform bills over the past several legislative sessions with progress finally made in the 2017 session, but leaving much work left to be accomplished. 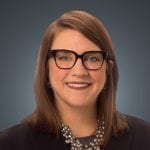 While various legislative efforts have come and gone to address construction defect litigation – notably, Senate Bill 177 that failed in the 2015 session – parallel issues were being presented in the state’s courts. One of the most prominent cases to be heard in the appellate courts was Vallagio at Inverness Residential Condominium Association, Inc. v. Metropolitan Homes, Inc., et al.

The case addressed an all-too-common problem concerning arbitration provisions in community declarations. Developer-declarants, those who build a condo community and establish a homeowner’s association, routinely include in the declaration a provision requiring binding arbitration of construction defect disputes. The Colorado Common Interest Ownership Act expressly permits arbitration of such disputes and Colorado law has long favored arbitration as an alternative to civil actions in court. In conjunction with the arbitration requirement, a provision requiring the declarant to consent to any future amendment or removal of the arbitration clause would be included in the declaration. Despite these developer efforts in the governing documents, HOAs would later vote to remove the arbitration requirement without obtaining the requisite consent and then proceed to court with construction defect claims. This chain of events occurred in Vallagio.

In Vallagio, a condominium HOA brought a lawsuit against the developer/declarant alleging construction defects. The declaration included a mandatory arbitration provision specifically for construction defect claims. That section stated that its provisions “shall not ever be amended without the written consent of Declarant and without regard to whether Declarant owns any portion of the Real Estate at the time of the amendment.”

In the Vallagio case, we drafted and filed amicus curiae briefs –“friend of the court” briefs – at both appellate levels on behalf of a coalition of developers, municipalities, chambers of commerce, trade organizations and business organizations, presenting arguments that declarations requiring declarant consent prior to the removal of an arbitration provision by homeowners are valid and enforceable under CCIOA.

On May 7, 2015, the Colorado Court of Appeals issued its published decision in the Vallagio case. The decision addressed a major problem in Colorado’s construction defect laws that Senate Bill 177 was designed to correct: If the declaration includes a requirement that an arbitration clause cannot be removed without the declarant’s consent, that declaration means what it says and that requirement is enforceable.

The association petitioned the Colorado Supreme Court for a writ of certiorari. The high court granted the petition to answer whether the Court of Appeals erred by holding as a matter of first impression that CCIOA permits a developer-declarant to reserve the “power to veto unit owner votes to amend common interest community declarations.”

The Supreme Court also addressed the Court of Appeals’ holding that claims against a declarant for violating the Colorado Consumer Protection Act can be submitted to arbitration.

The Colorado Supreme Court’s long-awaited decision was issued June 5, and the majority opinion echoed the arguments presented in Polsinelli’s amicus brief with respect to the CCIOA issues. The opinion, authored by Justice Richard Gabriel writing for a 5-2 majority affirming the judgment of the Court of Appeals, held that CCIOA does not prohibit a declaration from imposing the requirement of declarant consent for amendments. The court concluded “that the consent-to-amend provision contained in the Project’s original declaration is consistent with CCIOA and is therefore valid and enforceable.”

The landmark decision provides greater certainty to the development community, potentially making developers more willing to build condominiums and other attached housing, which would help address the state’s current shortage of entry-level housing.

The Vallagio decision is momentous because it sets judicial precedent on an important piece of CCIOA and will likely be looked to by courts from around the country, as CCIOA is modeled after a national uniform act. Lastly, the Vallagio decision addresses a key component of recent legislative efforts that have been previously unable to reach the governor’s desk.