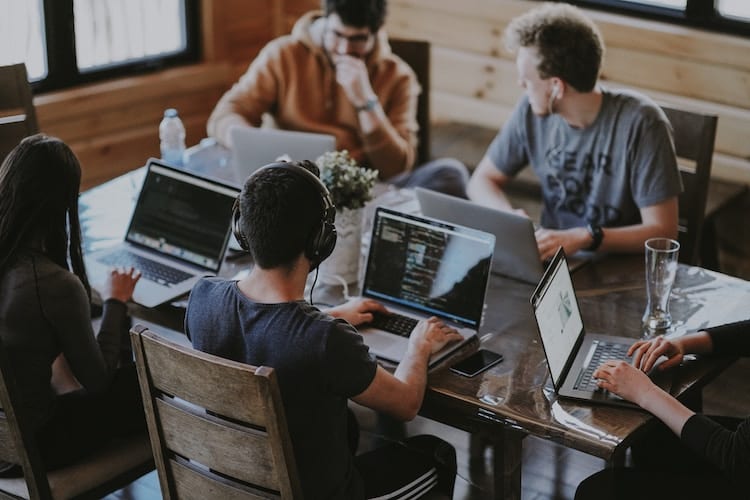 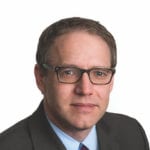 The last few years have seen an explosion in the office-share or coworking market, with office-share/coworking companies big and small leasing millions of square feet of office space across the country. And, by many accounts from industry insiders, there is much more coworking to come. Given the dramatic increase in office share and its potential to recast a large portion of the office sector of the commercial real estate market, it is worth taking a few minutes to review the office-share/coworking phenomenon and its potential ramifications for building owners and landlords as well as the office market.

What is office-share or coworking? Coworking companies are operators that lease or otherwise operate office space from building owners for the purpose of providing office use rights to other companies and individuals who pay a membership fee to the coworking company for the right to use space on a shortterm basis. The possible configurations are nearly infinite. In addition, coworking companies offer their members conference rooms, Wi-Fi access to high-speed internet, copy machines, kitchen/ snack bar facilities and common areas. Coworking companies also sponsor or partner with other companies to host industry and social events in the space, and they have been adept at revitalizing office assets with a sophisticated mix of data gathering, design, networking/ collaboration, branding and m a r k e t i n g .

One of the most high-profile coworking companies is WeWork, which has grown at an astonishing pace since its founding in 2010. It was reported that as of fall 2018, WeWork is the largest office tenant in Manhattan, with more than 5.3 million sf.

With reportedly more than half a million members, WeWork is active in approximately 40 countries and contemplating a public offering this fall. Other major operators include IWG (Regus), Impact Hub, Knotel, Industrious, Convene and Serendipity Labs.

In city after city, coworking companies are taking down more office space every quarter.

It was reported that as of early this year, there were more than 140 different coworking companies active in 19 markets in the United States, leasing more than 30 million sf of flexible office space. Real estate companies, private equity firms with commercial real estate interests and brokerage firms have all added coworking divisions in an effort to claim a piece of the officeshare market, concluding that a coworking operation (whether through leasing to a coworking company, as a self-run endeavor or in partnership with a coworking company) should comprise at least some portion of their office portfolio.

What’s the big deal? A coworking company is just another tenant that, hopefully, will pay the rent, right? Yes. However, take a broader perspective on the office market and things get more interesting. Coworking companies’ crucial bet is that startup companies, small companies, large companies, public companies and just about anyone else who needs a space to work would prefer to contract with them for the right to utilize office space in multiple locations rather than bind themselves into a more traditional and unadaptable long-term lease in one building. If coworking companies are correct, the end result could be the transformation of a significant portion of the office market into something that takes on attributes of the hospitality or hotel sector. In other words, coworking companies envision the office-share market as a highly branded and much less static property class where member companies can camp and decamp on a more short-term (one to three years, for example), flexible and cost-effective basis.

As these coworking companies absorb (and thus control) more and more office space, add more companies (especially larger public companies) to their membership rolls, tailor their services to members’ needs and grow their networks into the startup, venture capital and other business communities, they increase their ability to compete head-to-head with building owners for tenants and building revenues. Along the way they may reduce the need for traditional leasing brokerage services.

Given such issues, it’s not surprising that some building owners and others have criticized coworking companies as office market disruptors. Such owners see coworking companies as a sort of Trojan horse that, once let inside, will threaten to upend the traditional landlord-tenantsubtenant hierarchy in which building revenues flow upward to the building owner. For their part, the coworking companies see themselves as a value-add for office properties, a creative operator boosting building profiles and conjuring a new and versatile real estate asset class out of fixed office space that otherwise would go underutilized or sit empty.

Building owners are obviously free not to lease to coworking companies, yet an increasing number of them do. The officeshare sector has consistently been growing by double digits (20% or more), and Jones Lang LaSalle projects that in the next 10 years it could comprise nearly a third of U.S. office space. This seems like good evidence that, despite all the reservations, coworking companies are filling a large niche in office markets.

Risky business and lease issues. Despite the office-share boom, some building owners are wary of leasing to coworking companies. These owners point to the market disruption and displacement concerns mentioned above, as well as the fact that many coworking companies have an unattractive trait: Many have struggled to turn a profit.

With all this in mind, lenders too have voiced concerns that building owners may find themselves overly exposed to the office-share sector in the event of a downturn in the economy. As a precaution, some have added maximum coworking space limits into their underwriting.

So what can a building owner contemplating a lease to a coworking company do to try and reduce risks? From the owner’s perspective, the upfront costs of building out a space with tenant improvements for a coworking company is a primary risk factor since the owner must recoup those costs over time by collecting rent or by a return on investment through a sale of the building. In markets where returns are slipping and/or costs of tenant improvements are on the rise, landlords who spend substantial sums to build out space for tenants are at increased risk, even more so if they provide customary rent abatement periods. If an owner can reduce the time period to recoup build-out costs, the owner’s risk is reduced.

Increasingly, coworking companies are open to negotiating, and some owners may prefer, a profit-sharing joint venture or management-type agreement instead of committing to a long-term lease. Under such agreements, the coworking company, in exchange for avoiding long-term fixed-rent obligations, pays its office-share revenues to the building owner but keeps a percentage, including a management fee, which enables the owner to realize more of the profits from the coworking operation and sooner. Such agreements are not too dissimilar to hotel management agreements long used in the hospitality industry.

Since the office-share sector is a new frontier for owners and coworking companies, however, there are more opportunities to negotiate a variety of issues from upfront costs to approval rights on certain operational issues to exit strategies. Building owners must work closely with their lenders, however, as the latter may want to see a traditional, long-term lease despite the risks mentioned above. It remains to be seen whether lenders can be convinced and to what degree the coworking revolution is built to last.