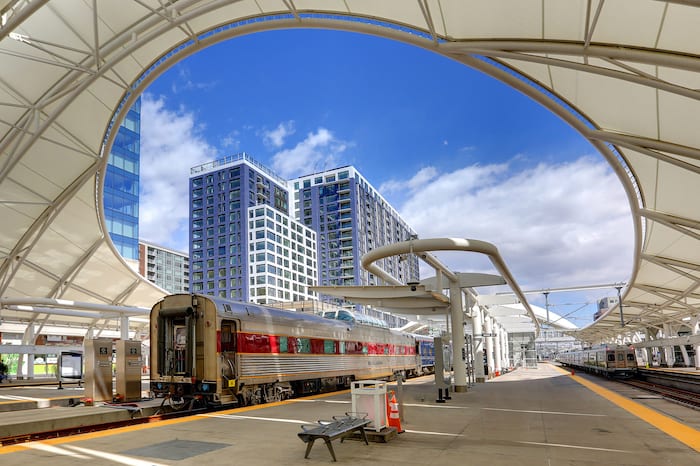 Union Hall is located on the ground floor of The Coloradan, East West Partners’ condominium project in the Union Station neighborhood.

The Union Station neighborhood has changed dramatically in the last five years, but despite all of the new residences, retail and services, it has been lacking a flexible event venue, a space suitable for exhibitions, lectures, screenings and performances. In June, we at East West Partners and our partner, Ascentris, filled this need with the opening of Union Hall, an 1,800-square foot flexible, multipurpose space and new nonprofit platform located at The Coloradan residential community. 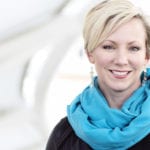 Union Hall serves as a community-focused arts space and culture concierge, providing opportunities for emerging and well-known artists alike to exhibit their work. It’s also a place for locals and visitors to Denver to engage in enriching and educational creative experiences. And, it is the first dedicated and permanent noncommercial, noncollecting, exhibition space integrated into a private real estate development in Denver.

In designing The Coloradan, our mission was to create authentic Denver experiences, and that mission inspired us to design a noncommercial creative space for the building that reaches out to the community and invites the community into the building. Located on the ground floor of The Coloradan, Union Hall is partially funded by the Coloradan Community Foundation, a nonprofit foundation established to benefit The Coloradan community. The foundation receives a transfer assessment of 0.5% of the purchase price of each market-rate residential unit. The transfer assessment on initial sales has generated an endowment base to fund the startup of Union Hall and a base for early operations, which will be supplemented with fundraising efforts. In addition, resale transfer fees will generate funds to be used for ongoing operating expenses. 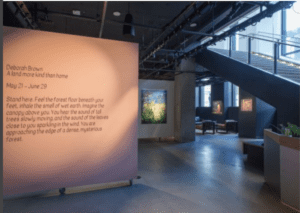 To design the space itself, we hired a team of consultants. including the award-winning art advisory firm Nine dot Arts (which also continues to oversee and manage Union Hall), Communitas Consultants and David Ehrlich, founder of FinWater Advisors and the executive director of the Denver Theater District. This team had expertise not only in art curation, but also in production and how to make uncommon things happen in common spaces. They worked closely with the design team at Semple Brown to make the space as flexible as possible, appropriate for hosting art exhibitions as well as anything from theatrical productions to film screenings and fashion shows.

For example, Union Hall features a pipe grid system on the ceiling to maximize flexibility, which allows us to move and hang walls in various locations as well as hang lights and speakers. The team thought through everything – from the use of acoustics panels on the ceiling and curtains to production lighting to the location of our projection system and screen. We designed a large, glass bifold door at the entrance so that the space could feel very connected with The Coloradan retail as a whole and encourage the community to come into the space. We also added curtains to darken or privatize the space when needed and also affect acoustics for certain events. A catering kitchen was built in the back for events with a mop sink that can be utilized by artists. Lastly, we ensured a 6-foot-wide path from the building entrance so that we can transport large items, such as a piano or sculptures, into Union Hall or storage. While the space may look simple, every detail was thought through over the course of almost two years in order to maximize flexibility of use. 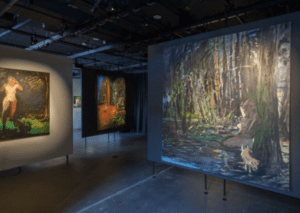 Once our team had designed the space, we hosted an event with local artists in the fall of 2017 where we presented the Union Hall space and asked for feedback on what the artist community thought worked or could be improved. This allowed local artists to not only start getting excited about Union Hall, but also to have some ownership in the space as we incorporated their feedback into our design. It was very important to our team that the creative community felt included in the creation of Union Hall given that they would be the end users.

Union Hall has been open for several months, and we have received very positive feedback about the space from both visitors and residents of The Coloradan. Our fourth exhibition opened Oct. 25, allowing the breadth of the artwork, ideas and conversations we are spotlighting at Union Hall to be known, and the community has also been able to see how the space transforms for every exhibition and event we host. In addition to each six-week exhibition, Union Hall and Nine dot Arts are focused heavily on programming which includes literature events, a monthly guided meditation series, concerts, ticketed events and partnership workshops with the likes of Think360 and CultureHaus.

As the co-master developers of the Union Station transit hub and surrounding neighborhood, we are committed to more than just developing the physical buildings, but also to cultivating the community itself – Union Hall will be a true cultural community partner for downtown Denver for years to come.