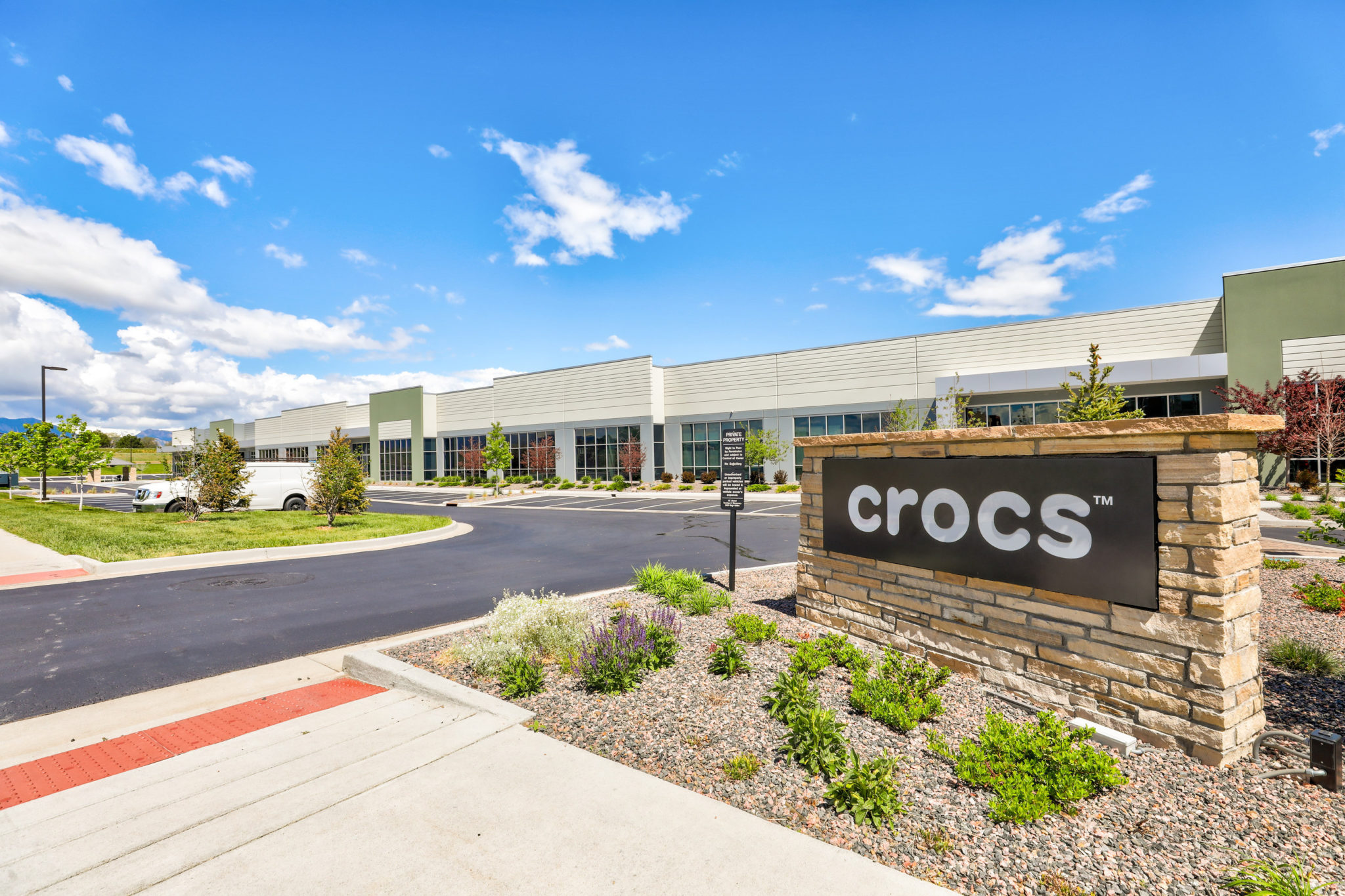 Earlier this year, Crocs signed a 10-year lease at one of the buildings at Etkin Johnson’s Atria, a 176,586-square-foot, two-building office campus development. The shoe brand relocated its global headquarters from Niwot and opened its new Broomfield location in late June.

The approximately 90,000-sf office facility at 13601 Via Varra Road will accommodate the headquarters’ current 375 employees. According to a company press release, despite a downsize of approximately 8,000 sf, Crocs plans to hire additional staff, since it expects to have a larger hire pool with people able to commute from metro Denver and Boulder.

“With an increasingly competitive workforce and a need to give our employees a ‘home for work’ feeling, our new workspace in the Atria campus in neighboring Broomfield will allow us to continue attracting and retaining the best talent in the industry,” said Shannon Sisler, Crocs chief people officer.

The new facility offers collaboration spaces of different sizes, including traditional conference rooms with video technology, huddle spaces for up to five people and one-on-one rooms for private conversations and phone calls. It also features living green walls, skylights and roll-up doors to provide employees with fresh air and natural light and a full-service cafe. According to the press release, Crocs worked with Colorado-based companies JLL Denver, Venture Architecture, i2 Construction and OfficeScapes to get the facility up and running.

Crocs planned to open its new headquarters earlier this year but pushed that date back following the onset of COVID-19. The company also closed all other corporate offices and retail stores across the country. According to the press release, Crocs is closely following guidance from the state of Colorado and the city of Broomfield to continue with a phased opening of the facility.