Debunking the myth of the suburban office downfall 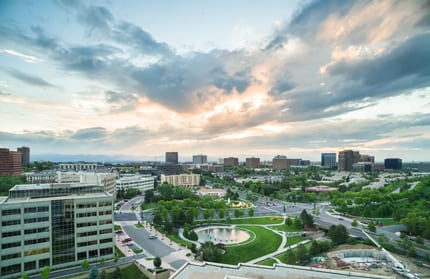 The U.S. suburban vacancy rate is near a prerecession low. The market has been tightening since the end of the Great Recession, benefiting from improving demand and low overall levels of new supply compared with previous cycles. 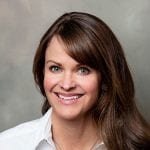 You can’t drive more than one block in downtown Denver without your view being interrupted by a towering crane. All the new construction concentrated within a few square miles – combined with popular lore that millennials exclusively prefer urban environments – is causing many real estate industry observers to feel less than bullish about suburban office product. However, a report from CBRE Research released last month found that the so-called “downfall of the suburban office sector” might be highly exaggerated.

The U.S. suburban vacancy rate is near a prerecession low, according to the North America Suburban Office Trends Spring 2017 report. The market has been tightening since the end of the Great Recession, benefiting from improving demand and low overall levels of new supply compared with previous cycles.

Nationally, suburban office construction completions averaged 29 million square feet per year in 2015 and 2016, compared with previous cyclical peaks of 67 million sf in 2008 and 95 million sf in 1999. In Denver, however, suburban developments account for 65 percent of Denver’s total 5 million sf of office space currently under construction (as of first-quarter 2017).

In addition to office rent growth, Denver’s suburbs also are benefitting from in-migration and the expansion of the light-rail transit system.

Over 95,000 office-using jobs have been added to the Denver metro since 2010. The surge in office employment is projected to continue over the next few years as Denver offers a high quality of life and lower cost of living compared to tier-one office markets.

In terms of transit, last year the Regional Transportation District opened the University of Colorado A Line, running from Union Station to Denver International Airport, and the B line with service to Westminster. RTD launched the R line servicing Aurora earlier in 2017, and the organization plans to further expand with the opening of the G line to Wheat Ridge later this year. RTD’s FasTracks program also has proposed plans for future service to areas including Thornton, Broomfield, Louisville, Longmont, Parker and Highlands Ranch. Expanding transit access to the suburbs is a labor equalizer – making it easier for suburban companies to compete for top talent against urban-based employers.

Developers have been strategic in targeting new office projects on the expanded transit lines. Some of the most notable transit-oriented developments in the area are taking place along the southeast light-rail line.

Beginning at the Belleview light-rail station at the entrance to the Denver Tech Center is One Belleview Station – a recently completed 318,000-sf Class AA office tower developed by Prime West. The building is part of a 42-acre mixed-use development surrounding the station. Minutes away is 50 FIFTY, an 185,000-square-foot Class AAA office tower by Corum Real Estate Group, which broke ground last fall and is scheduled to deliver in summer 2018. Moving to the next stop down the light-rail line, Alberta Development Partners has proposed plans and is working with the community to develop a 24-acre mixed-use project at Orchard station. Finally, the next adjacent light-rail stop is Arapahoe at Village Center station, home to the future Granite Place at Village Center, which includes a 300,000-sf energy-efficient office tower by Granite Properties and Confluent Holdings. Construction on the first of two phases at Granite Place will complete this year and is 100 percent leased.

When speaking about the downfall of America’s suburbs, many place it in direct contrast to a vibrant downtown office market. Our analysis, however, found the U.S. suburban market strengthening in comparison to downtowns. For example, while nationally suburban office vacancy remains higher than downtown office vacancy, the gap is shrinking in many markets across the country and actually has reversed course in Denver. Here, suburban office vacancy dropped 50 basis points from 12.2 percent in fourth-quarter 2015 to 11.7 percent in fourth-quarter 2016. In comparison, downtown Denver’s office vacancy rate rose during the same time frame, up 40 basis points from 12.8 to 13.2 percent.

Although deliveries of spec construction likely will increase vacancy in Denver’s suburban office markets this year and next, this will create opportunities for tenants to better position themselves in the market. Demand from large corporate users, particularly in the financial services, telecommunications and health care industries, is expected to steadily absorb the new supply over time.

We expect suburban office growth to be moderate in the next few years but believe the market still has room to run. Places like Denver are particularly well poised, where suburban rent growth, continued in-migration and an expanding transit system give developers the confidence to invest in suburban office projects.