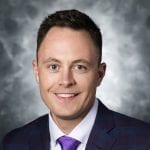 The Denver housing market’s consistent double-digit appreciation culminated in 2016 with increasingly low for-sale inventory (3,878 residential properties available at the end of February, the lowest monthly total on record since 1985) and top honors in Zillow’s list of “Top 10 Hottest Housing Markets” for the year, fueled by a surge of new construction in the area. Following the Great Recession, developers and investors kept a tight rein on new residential construction, hoping to avoid a glut of new housing. Both single-family and multifamily product were undersupplied by an average of 8,000 units per year from 2013 to 2015, as noted by Meyers Research.

This imbalance resulted in home price appreciation and apartment rent increases consistently averaging nearly 10 percent annually. It is not widely known that, beginning in fourth-quarter 2015, trailing vacancy rates for multifamily product increased for the first time since fourth-quarter 2009, marking the start of the Denver multifamily market’s normalization.

What is the new normal for multifamily in Denver? For the first time ever, Denver’s position has elevated from that of a tertiary city to a tier-one city, fueled by coastal and global investors’ interest in Denver’s lower-risk investing environment. Denver had two conventional multifamily properties trade over the $490,000-per-unit mark – the first time this was achieved in the market – and Boulder recently experienced the historic trade of 17*Walnut at $600,000 per unit. Investors are seeking opportunities and actively pricing lower yields in lower-risk investing markets like Denver.

Key fundamentals have contributed to Denver’s multifamily investing environment over the past few years, including rising home prices, a lack of supply, high median household incomes, Denver’s urban resurgence and its continued appeal to millennials.

The median home price for a single-family home in metro Denver increased 60.9 percent in nine years (2007 to 2016), while rents continue to rise throughout the metro area, up by 2.6 percent overall in the last year, according to the first-quarter Denver Metro Apartment Vacancy and Rent Survey. It should be noted that, compared to previous years, this rental increase is moderate. Some analysts thought these smaller increases – year-over-year rent growth in 2015 was 3.56 percent, then noted as the lowest increase since 2009 – indicated the end of the latest boom cycle when, in fact, moderate rent growth is the new normal as the multifamily market begins to stabilize.

Rising prices are indicative of increasing demand; in the case of housing, the undersupply of new product coupled with high migration produced the high prices and created a seller’s and owner’s market. As a result, the delivery of 3,246 new units in the first quarter was quickly absorbed without increasing the vacancy rate (at 5.7 percent overall) or lowering asking rents, which increased slightly to $1,383. This is impressive considering it was the largest delivery of units since 2002 during the early part of the year, normally a slower time for leasing. Much of the new multifamily product is comprised of luxury units positioned in prominent or up-and-coming urban and suburban markets, which can create a price barrier for the younger workers moving to Denver.

With such demand for entry-level, for-sale product, especially for value price points, why are so few condominium developments underway? Attached housing is an obvious entry-level product and, historically, played an integral role in Denver’s housing market appeal. Certainly luxury apartment complexes are underway, and many of these units would be ideal condominiums. However, Colorado has had a hostile construction defects litigation environment since 2007 that has inhibited new attached housing development. This will hopefully change in the near future.

House Bill 1279 is making its way through the Colorado Legislature, recently passing a critical legislative vote. The bill allows for developers to address unit owners concerning any alleged construction defect and to make a voluntary offer to remedy the defect. Developers looking to build these entry-level condos are not immune to the associated costs. The average suburban-located, garden-style apartment community costs upward of $250,000 per unit to build. Given the necessary mark-up required for developers to profit, these units could cost upward of $300,000, not including related monthly homeowner association fees. In spite of the new legislation, condo development will continue to be slow, and completed units will be priced out of reach for many first-time homebuyers.

Denver’s high quality of life, progressive laws, high median household income and low unemployment – reported as 3.2 percent in February, the lowest for large metropolitan areas in the U.S. – continue to attract newcomers, and it is reported that in-migration has added an average of nearly 30,000 new residents annually to the Denver/Boulder area from 2010 to 2015. Many of these new residents are millennials, as noted by the 2016 Mayflower Mover Study, which ranked Denver third in the nation for attracting millennials moving from another city. These newcomers are well educated, and Denver now boasts the second-highest percentage of college graduates in the country, with 40.5 percent of Denverites having degrees.

One area of concern with the younger generation is limited savings for the necessary down payment for homeownership. Denver’s median home price has risen 88 percent since 2011, creating a prohibitive barrier to homeownership. Depending on education level and related debt, research indicates that new homebuyers will need to save for at least a decade to afford a 20 percent down payment. With this population unable to save, apartment demand continues to be high and that is not going to change anytime soon. Institutional money will continue to flow in the Denver metro area and, as a result, cap rates will remain competitive and investors will continue to view Denver as a low-risk market on the rise.