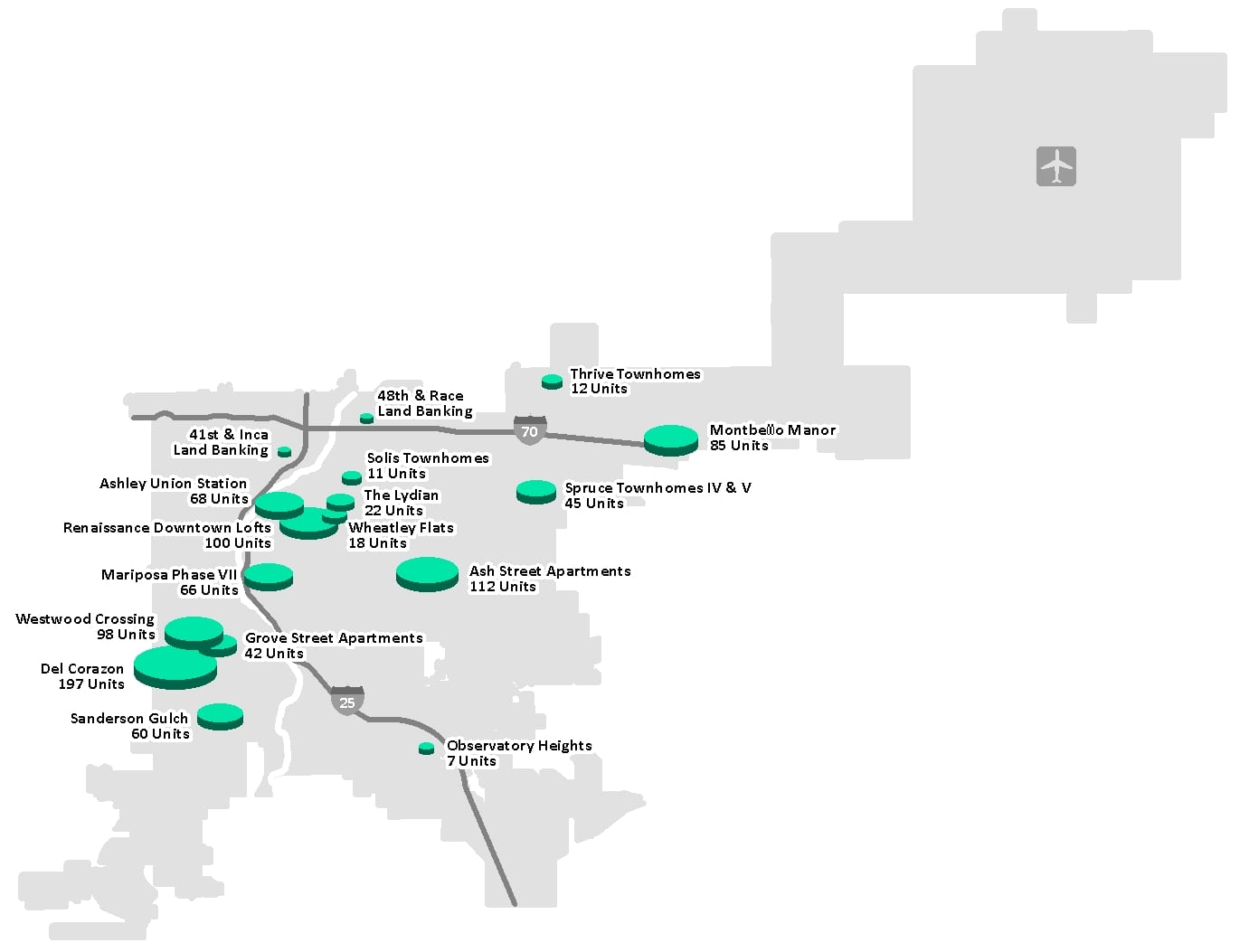 When it comes to housing insecurity, the city and county of Denver is working harder than ever to make our community accessible and affordable for current and future generations. From investing in affordable multifamily developments, promoting the integration of affordable units within market-rate developments and acquiring sites for future affordable build-out, the city is working on many different levels to make Denver an inclusive community for all.

As a gap financier, the Denver Office of Economic Development supports the development and preservation of income-restricted units throughout the city. This is a very busy time for OED’s housing division. Just last year, nine of our recently funded housing developments were completed, delivering 753 new affordable units and an additional 147 units that were rehabilitated and preserved. Our pipeline is even more robust, with 15 OED-supported developments under construction and slated to provide 943 units across the entire homeless to homeownership spectrum.

One of our most ambitious and exciting strategies is to spur the development of mixed-income, for-sale housing along Denver’s mass transit corridors. Last fall, OED initiated a deal with Confluence Cos., which is projected to bring more than 300 units, including apartments and condos, to 41st Avenue and Inca Street, across the pedestrian bridge from the 41st Avenue and Fox Street commuter-rail station. The city provided a $3 million loan to support the land acquisition, and construction is anticipated to begin later this year.

Together with the Regional Transportation District, we’re taking a similar approach in Five Points. The RTD Board of Directors recently granted the city and county of Denver the option to purchase a vacant parking lot at 29th and Welton streets. We’re currently designing a competitive process to solicit developers to build a mixed-income condo project on this site. The city is positioned to assign its purchasing option to a selected developer, with the final purchase price based on a fair-market appraisal of the property. To help make such a project pencil out, the OED will provide gap financing to the selected developer.

It’s important to note that this is much more than a one-time strategy. We look forward to replicating this model to propel the development of similar homeownership opportunities for hardworking residents at transit-oriented development sites throughout the city.

Other highlights in our pipeline include the Ash Street Apartments. A project of Koelbel and Co., Mile High Development and Long Peak Advisors, the five-story building will provide 112 units and ensure affordability within the redevelopment of the former University of Colorado Health Sciences Center.

Fostering the development of mixed-income communities – where low- and moderate-income families live alongside higher-income families paying market-rate prices – is critically important to building strong communities. Working with Palisade Partners, we’re achieving this vision through financing of both The Wheatley Flats and The Lydian. Together, these projects will provide 40 affordable units, without the benefit of low-income housing tax credits.

For our most vulnerable populations, we’re helping make the Colorado Coalition for the Homelessness’ Renaissance Downtown Lofts possible in Five Points. We’re also supporting construction of the Mental Health Center of Denver’s Sanderson Apartments, which will house 60 of Denver’s chronically homeless as part of the city’s Social Impact Bond program.

These are just a few of our current projects. More details on the city’s affordable investments are available at www.denvergov.org/housing.

While our gap financing projects are busier than ever, we look forward to making an even greater difference through the city’s new Dedicated Fund for Affordable Housing. The 10-year, $150 million fund launched this new year and provides the OED with the strongest tool in its toolbox to advance affordability for our residents, create inclusive neighborhoods and promote strong economic development through a stable workforce.