A lot has changed in Denver commercial real estate over the past two decades, but something that hasn’t is the relatively small number of brokers who are blacks, Latinos or other racial minorities. 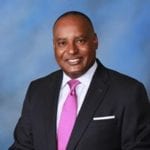 Alec Wynne, principal and managing director in Avison Young’s Denver office, recalled an article written 22 years ago about the lack of minorities in Denver commercial real estate. At the time, he was among a half-dozen African-Americans and Latinos in the industry in Denver, and that number is little changed. 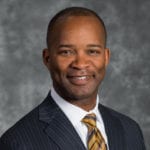 “There have only been two more African-Americans in 22 years. That’s absolutely crazy,” Wynne said.

The situation isn’t unique to Denver.

“I would say that black, or African-American, brokers are underrepresented in most, if not all markets. I don’t think Denver’s unique in that respect,” commented Paul Washington, market director for JLL’s Rocky Mountain Region.

In Colorado, it’s partly a function of population – 21 percent of Coloradans are Latino, and only 4.5 percent are black/African-American. Even so, the percentages of minority brokers are even lower, with some large Denver brokerage firms having only one or fewer minority brokers. And even as the population swells and the number of women brokers has grown, the percentages of blacks, Latinos and other minorities in the industry hasn’t kept pace.

Nobody is sure why, but they have some ideas. And blacks/African-Americans who spoke to CREJ believe diversity is important to the industry and will become even more so in the future.

“The bigger companies in town here that have diversity initiatives are looking to work with diverse vendors, or vendors that have made an effort to diversity their workforce. If we are not doing that in the commercial real estate industry, I think it’s going to put certain firms at a disadvantage as they pursue assignments down the road,” Nesbitt said.

One reason minorities may be underrepresented is that commercial real estate, and particularly brokerage, is not a profession people know about when they’re undergraduates, unless they have family or friends in the industry, which traditionally is dominated by white males.

“I think the biggest key is just exposure to it. You don’t know what you don’t know,” said JLL Vice President Carmon Hicks. “I was probably in my late 20s, early 30s before I really had a grasp of what the different segments of commercial real estate looked like, or even what it would look like for myself.”

Wynne was selling high-end business suits in Los Angeles when someone from Grubb & Ellis recognized his sales talent and introduced him to the industry.

“You don’t grow up knowing and wanting to be in real estate,” said Washington.

Also, “Because there have not been large representations in the real estate community from the African-American community or other minority communities, you don’t grow up with an idol or mentor … You’re not going to have a lot of individuals in the community you can identify with that have had success in real estate.”

Commercial real estate involves risk – for minorities and nonminorities alike. So having a support system, especially in the early years, can be crucial.

“I think the lack of mentorship is critical,” said Nesbitt. “We all need assistance sometimes in corporate America maneuvering and navigating the right way to do things, and sometimes when you’re in a room and no one looks like you, that can be very intimidating.”

CBRE encourages blacks, Latinos and others to engage in internal networking groups with others of the same minority. “We find that’s a really effective way of creating that community and making people feel included and part of the fabric of the organization,” said Jennifer Ashley, global director of human resources.

The company said opening the doors to careers in commercial real estate to millennials and diverse candidates is an ongoing part of its campus recruiting efforts. But Ashley said, “I think it’s going to be awhile in this industry before we have a meaningful number that we would be satisfied with. As an industry, it’s just historically a challenge, and it continues to be one.”

Minority brokers don’t believe anyone is preventing them from entering the industry, and most said they haven’t felt discriminated against – although Nesbitt said he left a Denver brokerage firm to start his own company largely because, “I felt like I was being passed up for promotion opportunities.”

“I don’t know if failure to get promoted was due to my skin color, but something felt odd about it given the work I was doing,” he said.

“I don’t think at any point have I had to compromise who I am or what I believe,” said Hicks, who added that in his world, race “never comes up.” 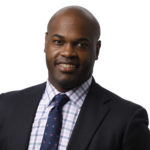 “I think my clients hired me because they think I’m good at what I do, and I think at the end of the day they’re looking at, no matter what color you are, ‘Can you make the money? Can you save the money?’ I think they see the color green.”

Any successful broker feels a duty to go above and beyond for his or her clients, but Nesbitt said he feels added pressure to do so. “As an African-American I really feel the stress of making sure I do a top-notch job for my clients because I think it’s going to reflect differently on a firm like mine as opposed to someone else’s.”

The lack of minority representation isn’t unique to commercial real estate, he added. Nesbitt recently spoke at a real estate law conference and was the only black among 500 attendees.

Washington, who is not a broker but oversees approximately 50 of them, agreed with Wynne that having people like themselves in managing director roles with large, international brokerage firms “absolutely” creates awareness that minorities can be successful in commercial real estate. “But that means that Alec and myself, and anyone else in these positions, need to be successful, so that we’re not only representing black people correctly, but we’re also giving motivation for people to aspire to these positions and beyond. I think it creates awareness, but it’s incumbent upon us to be successful and also it’s incumbent upon us to continue to remove barriers so that people behind us can continue to carry the baton forward.”

“If Paul and I can’t make a difference, then shame on us,” commented Wynne.

According to Washington, JLL is a “very progressive company” that looks “at the individual’s potential, rather than other, more common factors of success in the real estate industry, and they provide the support and the resources so that if you are willing to work hard and have the competence, you can succeed.”

“I think JLL is committed to diversity,” added Hicks. “They’ve given me the tools to be successful. For me not to win right now, it’s on me. It comes down to drive, ambition, consistency.”

Wynne said Avison Young’s culture is conducive to recruiting a diverse workforce. But he and others believe more can be done – by others and themselves – to encourage greater minority participation in the commercial real estate industry.

He takes advantage of speaking opportunities, and encourages other minorities in Avison Young’s Denver office to do the same. Hicks says being involved in community organization also brings awareness, and Washington said the industry should “continue to work with the institutions of higher education to create awareness and to tap into that diverse talent pool, which we certainly are doing.”

There are commercial real estate trade organizations with student outreach efforts, however, Nesbitt thinks the big shops could do a better job of on-campus recruiting. “Maybe it means not only looking at CU and DU, but also going to some historically black colleges … and really targeting the best and the brightest of those kids who are doing well in college and might have an interest in this profession, and explaining how lucrative and how beneficial of an industry it is. I think if there is more of an outreach, we will see more people of color entering the business. We have the ability to succeed just like our white counterparts, but we just need to be given an opportunity,” he said.

Nesbitt said he’d like to see 10 to 20 percent minority representation in some of the large brokerage firms a decade from now, while Wynne said he’d be happy if there were “at least 20” minorities in the Denver commercial real estate industry by 2027.

“Diversity of people brings diversity of thought, experiences. That just makes for a richer experience altogether,” he said.

“If you have a diverse set of inputs, the resulting decision is going to be much more thoughtful and impactful,” added Washington. “So you want to make sure you have not only a diverse set of decision makers but that you create an environment where their opinion is valued and they are encouraged to express various viewpoints. I think it’s important not just to have more black people in commercial real estate but also more women, more backgrounds in every respect. 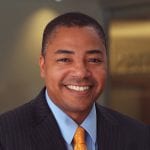 Washington added that, “As with any business, you want to make sure that you are always attracting, supporting and growing the best and brightest talent, and the best and brightest talent is going to come from all different backgrounds. If you’re just focused on one particular segment of the community, you’re going to be at risk of losing out on talented individuals that could be very productive within your business.”