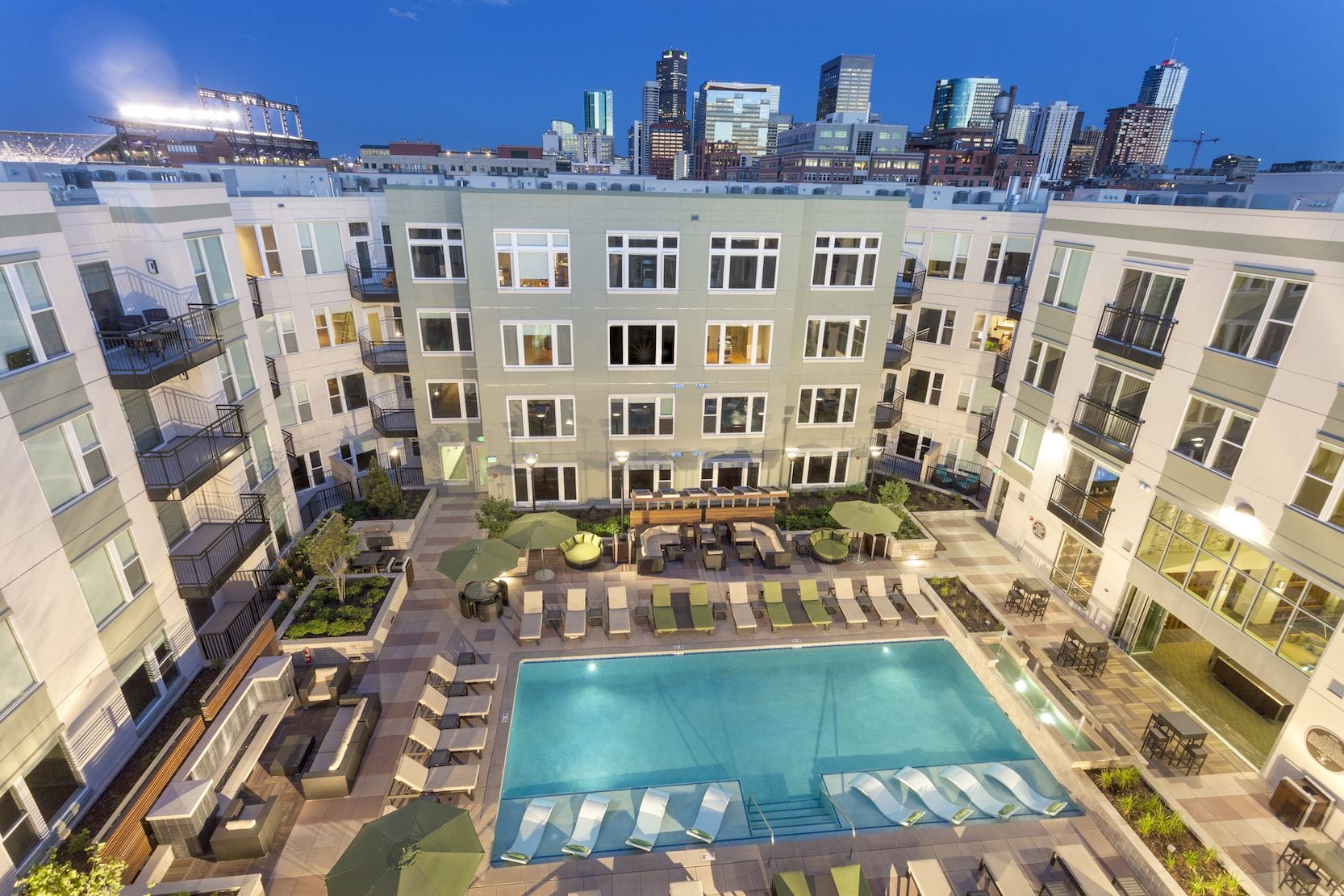 HFF handled the record breaking sale of the Elan at Union Station.

It was a blockbuster deal.

American Realty Advisors is rebranding the community on 2.4 acres at Chestnut Place and 20th Street as ALARA Union Station.

It was the most expensive apartment sale ever in downtown Denver’s central business district, although it was eclipsed by another recent sale, the $210 million paid for the 696-unit Uptown Square, at the edge of downtown, according to Cary Bruteig, principal of Apartment Appraisers & Consultants.

And perhaps even more impressively, it was by far the most ever paid on a per-unit basis for an apartment community, according to Bruteig.

The price paid per unit was a whopping $491,401, if you simply considered the total number of units.

Of course, that is not a fair way to calculate it, as the sale included about 58,000 square feet of retail, including the 46,631-sf King Soopers, the first full-service grocery store in Lower Downtown.

If you used a back-of-the envelope calculation and subtracted $20 million for the King Soopers, the price per unit would still be an amazing $427,707 per unit.

“This probably is the most core deal to ever trade in Denver and in this cycle. It is about as core as it gets in Denver,” said Jordan Robbins, who marketed and sold the recently completed community along with fellow Holliday Fenoglio Fowler broker Jeff Haag.

The seller was a partnership that included Greystar and its equity investors, Goldman Sachs.

While retail is not necessarily a plus when selling an apartment building, it definitely was an asset.

“The King Soopers was important, but it was not the driving force,” in the sale, according to Robbins.

“The driving force was the great location by Union Station, the quality of the construction and all of the high-end amenities,” he said.

“Over the last several years, this submarket has become one of the most desirable urban locations within Denver due to its proximity to the downtown employment center, as well as the developing cultural core of the city around LoDo and Union Station,” Anderson said.

Robbins noted that residents have access to the King Soopers by a private, “residents only” elevator providing direct access to the ground-floor grocery store.

“This property is an ideal addition to our core multifamily portfolio, according to Scott E. Anderson, American’s senior portfolio manager for its multifamily division.

“The asset’s great location in a key market, its best-in-class amenities and its strong retail component are three factors that we believe will provide our investors with an attractive current income stream,” he added.

Denver city leaders have wanted a grocery store like King Soopers in downtown for decades.

“If you look in terms of the entire project, it was a fairly nominal TIF (tax-increment financing) investment,” Huggins said.

“It was primarily for the parking and alley reconstruction,” needed to accommodate the King Soopers, she said.

Other retail tenants include Wells Fargo, Pig & The Sprout and Kriser’s Natural Pet.

American Realty Advisors, with more than $7.3 billion in commercial real estate assets under management, outbid a number of competitors for the community

“We had a lot of interest,” Robbins said. “It was highly sought after. We had buyers from California, the Midwest and back East, as well as local groups interested in it.”

He said they even received a few offers from European companies, which were looking to buy it with U.S. partners.

He said that prospective buyers liked it not only because of Denver’s economy and the strength of downtown, but because of Union Station, which now provides train service to Denver International Airport.

“It would be a great place to live for a younger person or even an old guy like me,” Winslow quipped.

While the sale represents a record price, it may be the first of a new breed of downtown apartment communities for selling for prices that continue to soar into the stratosphere.

“There is a decent amount of new construction in downtown, and I would expect at some point those buildings will trade” at what could even be at higher prices, Robbins said.