Elitch redevelopment to change Denver – but before the cycle ends? 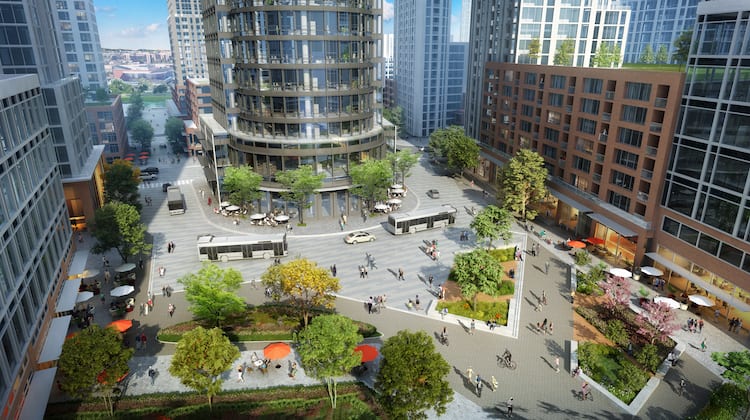 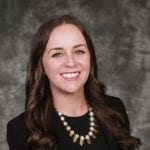 In December 2018, Denver City Council approved a rezoning for the 62-acre parcel that is currently home to the Elitch Gardens amusement park, the first step toward realizing a massive urban reconfiguration that developer Revesco Properties is calling “The River Mile.” The River Mile is a mixed-use development and one of the first in Denver to offer true riverfront real estate. With no height restrictions, the rezoning also opened the door for The River Mile to build some of the tallest towers in the city, meaning it has potential to greatly influence not only the live-play sectors of retail and multifamily but the office sector as well.

With its proximity to downtown and Interstate 25 and Revesco’s dedicated vision, The River Mile is primed to feed the growing tech demand for office space and change Denver’s commercial landscape. However, with the project still in its infancy, the question becomes: Can the early phases of The River Mile cash in on this promise before the economic climate changes and growth slows? Amid a federal interest rate cut – the first since 2008 – and discussions of a bear market that may lead to another major economic slowdown, the simple answer would seem to be “no.” Revesco’s first task is making infrastructure improvements and dredging parts of the South Platte River to avoid flooding. As a result of this much-needed preliminary work, Revesco has indicated that it likely will not break ground for another two years at least.

However, Denver has experienced incredible growth since the beginning of the recovery cycle in 2009, one that has seen demand for Class A space downtown skyrocket. Over the last several years, Denver has cultivated a reputation as a “second Silicon Valley” of sorts, attracting both startups and more established tech tenants seeking asylum from the high rents in San Francisco and Silicon Valley. It is a movement the state has wholly embraced, offering tax credits to companies that can commit to creating new jobs.

While the influx of tech companies (and capital) may have been termed a trend 10 years ago, it has now become a paradigm shift and one that bodes well for the Denver office sector long term. According to analysis conducted by Lending Tree, Denver saw an influx of nearly 1,500 new million-dollar-plus businesses from 2014 to 2016, an 8.6% jump.

Demand for Class A space in downtown and the surrounding neighborhoods remains high, continuing to significantly outpace the national average. According to CoStar, the rents in the central business district, Central Platte Valley and Lower Downtown submarkets grew an aggregate 6.9% year over year from August 2018 to 2019.

While this type of growth cannot continue indefinitely, it speaks to the desire and willingness to pay a premium for a premium location.

Tech demand is helping to drive supply in Denver, priming The River Mile to capitalize on its central location and thrive. Furthermore, developer Revesco Properties is well-positioned to see the project through even if the market should cool off. Revesco bought the land and the amusement park in 2015 and has found a capital partner in Stan Kroenke. Revesco also plans to tackle the project in stages.

After environmental remediation and river improvements, Phase I focuses on redeveloping the park’s 17-acre parking lot, which will yield around 4 million square feet of rentable space, two-thirds of which are slated for office use. Along with courting tech tenants, Revesco hopes to attract an anchor tenant in excess of 250,000 sf. There are only a handful of companies of this scale locally, which is why it will be imperative that Revesco look beyond Colorado to lure a tenant of this size and magnitude. It’s an ambitious undertaking, and one that, if successful, would have an enormous impact on the office sector and Denver as a center of commerce.

Revesco has already begun to search both domestically and internationally for a candidate and plans to use this preconstruction period to strategize about how best to identify and pursue a Fortune 500 enterprise whose real estate needs align with Revesco’s vision.

It appears that The River Mile likely will not deliver in time to benefit from the current growth cycle, already the longest economic expansion period in U.S. history. However, given the changes in Denver in the last 10 years, Revesco feels confident in playing the long game with the project, knowing it has the ability to transform the city if done correctly.

More so than in RiNo, where redevelopment has largely occurred on a building-by-building basis, The River Mile also has the opportunity to create truly a new downtown neighborhood, one in which its residents and office tenants will benefit from a prime riverfront location; parks, open space and public amenities; an array of mobility options anchored by two existing lightrail stops; and cutting-edge technology.

With The River Mile, Revesco has an opportunity to shape the next generation of mixed-used development, and it will be fun to see how the project materializes. leo.